Bespoke finance for your dream 4C

Would you like to own the Alfa Romeo 4C? Here at JBR Capital we are experts at supercar finance, and we can help you buy your own 4C. We offer fully tailored finance packages, including Lease purchase, Hire purchase and more... Our personal service means that we can take into account many more factors than a high street lender – for instance the car’s true residual value, other assets you may own or your business situation – and come up with a fast decision and a plan to suit you. We often offer lower payments than other lenders, and we can offer finance to clients who may be turned away by the computer-driven checklists of other companies. So contact us about finance, either before you start hunting for the perfect Alfa Romeo, or after you’ve decided on your dream car. 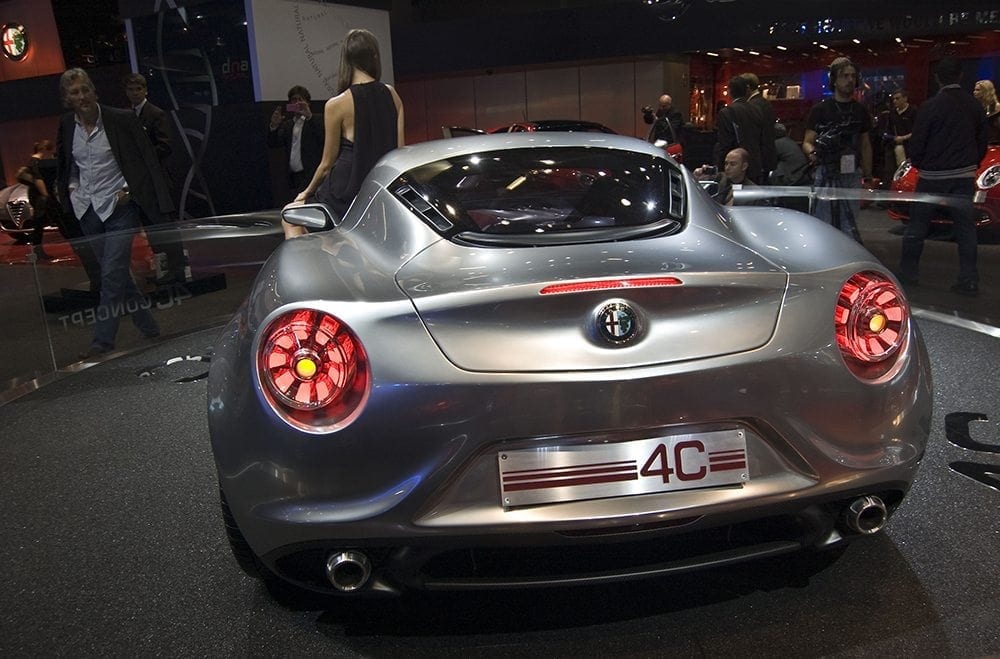 With a name inspired by the legendary 8C and 6C Alfas of the 1930s and ‘40s, Alfa Romeo’s compact supercar, the 4C Concept, premiered at the Geneva motorshow in March 2011. Although the word ‘Concept’ featured in its name, Alfa was clear at the time that this car was not simply a styling exercise created for the show as the 4C would be going on sale in 2012.

As things turned out, the production version didn’t appear until Geneva in 2013, while full scale production (at Maserati’s Modena factory) didn’t commence until a couple of months after that. However, for the many eager customers it was worth the wait.

The 4C features a central carbonfibre passenger cell with aluminium subframes front and double wishbone (f) MacPherson strut (r) suspension. This is all clothed in a composite body, while the all-aluminium engine is a mid-mounted 1,742cc turbocharged 4-cyl unit (as found in the green clover leaf Guilietta) producing 240PS at 6,000rpm with 350Nm of torque at 2,100rpm. Alfa’s 6-speed twin-clutch tranmission (with DNA selector and Race mode) takes power to the rear wheels.

With a removeable and stowable fabric roof (a carbonfibre hardtop is optional) the 4C Spider made its début at the 2013 Geneva show. The Spider has a few external differences, eg. xenon projector headlamps, rear butresses and extra side intakes, and due to some unseen strengthening measures it tips the scales at 999kg. 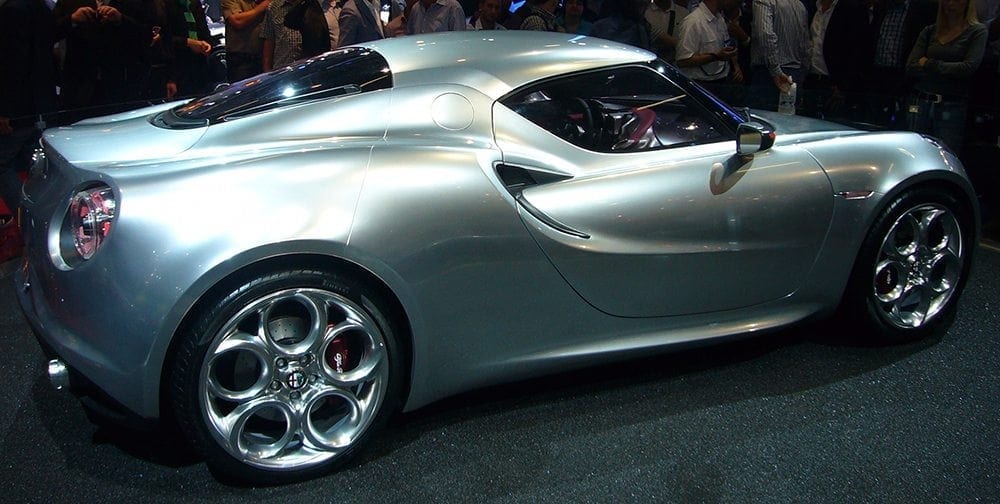 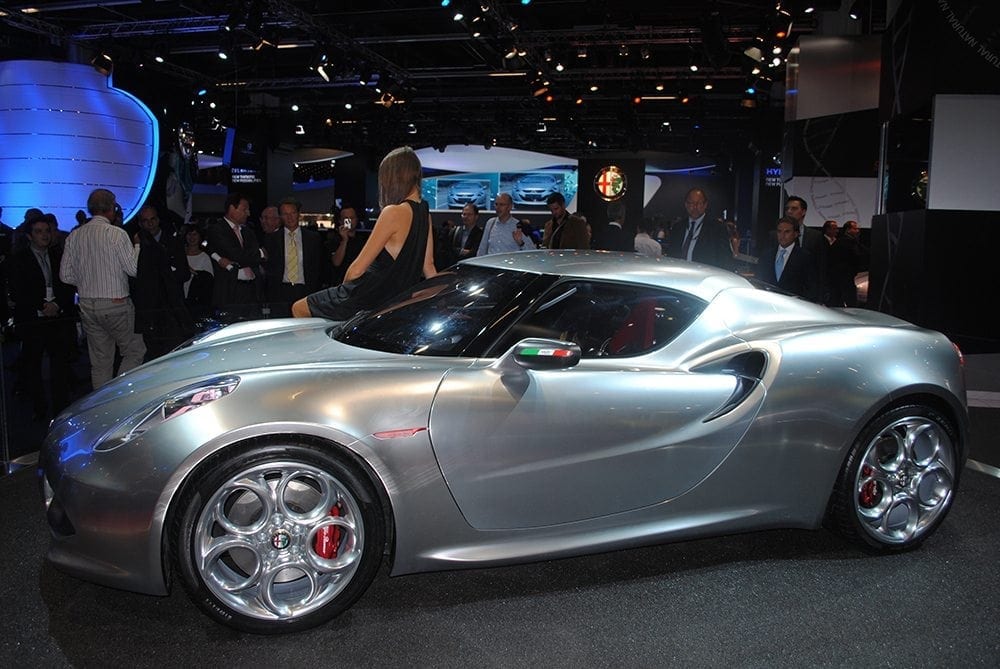