If you have an eye on 007's car of choice, we could help you make your dream a reality. We are high-end car finance experts, and can put together a bespoke, flexible arrangement to suit your financial circumstances, your car, and your future needs. Our personal service means that we can take into account many more factors than a high street lender – for instance the car’s true residual value, other assets you may own or your business situation – and come up with a fast decision and a plan to suit you. We often offer lower payments than other lenders, and we can offer finance to clients who may be turned away by the computer-driven checklists of other companies. So contact us about finance, either before you start hunting for the perfect Aston Martin, or after you’ve decided on your dream car. 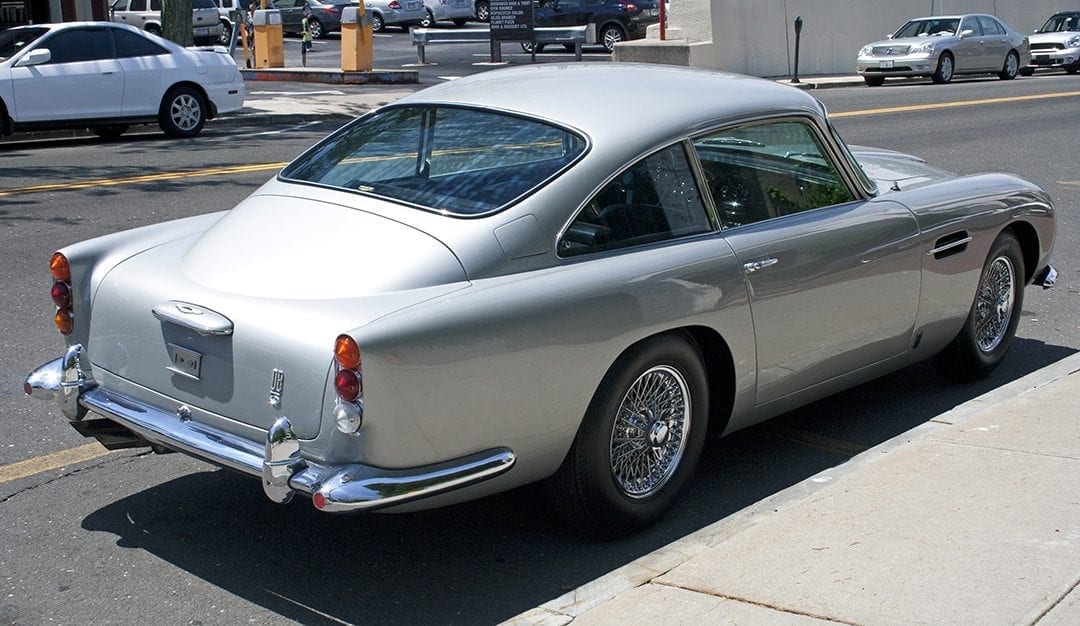 As 007’s car of choice, Aston Martin’s DB5 has arguably become the world’s most instantly recognisable classic car – quite an achievement for a model that was only produced during the two-and-a-bit years from July ’63 to September ’65.

In all some 1,021 DB5s were built, with 898 of them being ‘Saloons’ (as described by the factory but more precisely ‘fastback GT coupés’) plus 123 Convertibles. (About a dozen of the Saloons were converted in period by Harold Radford into more capacious ‘Shooting Brake’ estates.)

Although the DB5 achieved global fame, it was in essence an updated version of the DB4 – a car designed by Carrozeria Touring of Milan which first employed the Superleggera (super-light) system by using aluminium body panels fixed to a tubular steel frame.

The DB4’s straight-six engine was enlarged from 3.7 to 4 litres for the DB5, and with that came 282bhp, 0-60 in 7.1 secs and a top speed of 142mph. Some 65 DB5s were fitted with the optional triple-Weber-carb, 314bhp Vantage engine (0-60 in 6.5, 150mph), but also significant was the introduction of a fully-synchromesh 5-speed ZF gearbox, disc brakes and an oil cooler. Also standard were reclining front seats, tinted glass, electric windows and a fire extinguisher.

Many DB5s have since been modernised with aircon and hi-fi audio, along with uprated engines, brakes and power steering. Only around 200 were orginally left-hand-drive, so some RHD cars have since become LHD. Many have also been resprayed in Silver Birch to match Bond’s DB5, but originality is becoming increasingly highly valued.

FMP 7B is of course one of two, and the only remaining original ‘007’ DB5s as driven by Sean Connery in Goldfinger and Thunderball, and it’s factory-fitted with the full complement of operational ‘Q-Branch’ gadgets. 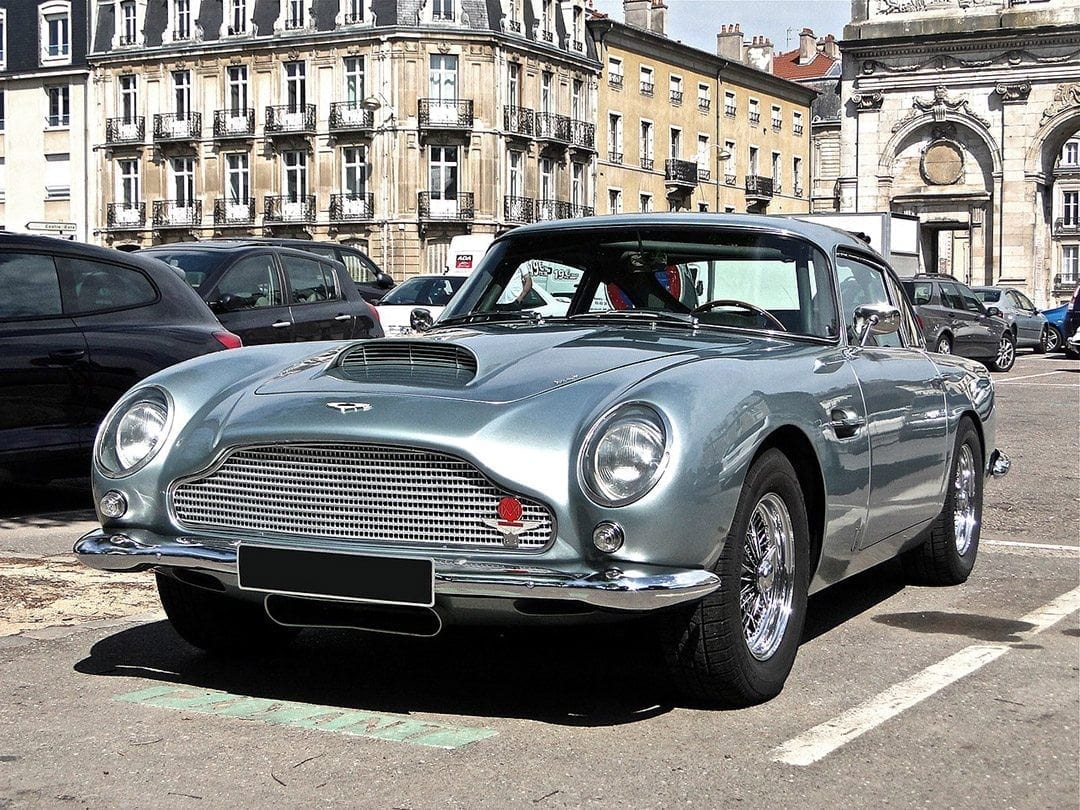