Would you like to be the owner of this brand new Aston Martin? We are high-end car finance experts, and can put together a bespoke, flexible arrangement to suit your financial circumstances, your car, and your future needs. Our personal service means that we can take into account many more factors than a high street lender – for instance the car’s true residual value, other assets you may own or your business situation – and come up with a fast decision and a plan to suit you. We often offer lower payments than other lenders, and we can offer finance to clients who may be turned away by the computer-driven checklists of other companies. So contact us about finance, either before you start hunting for the perfect Aston Martin, or after you’ve decided on your dream car. 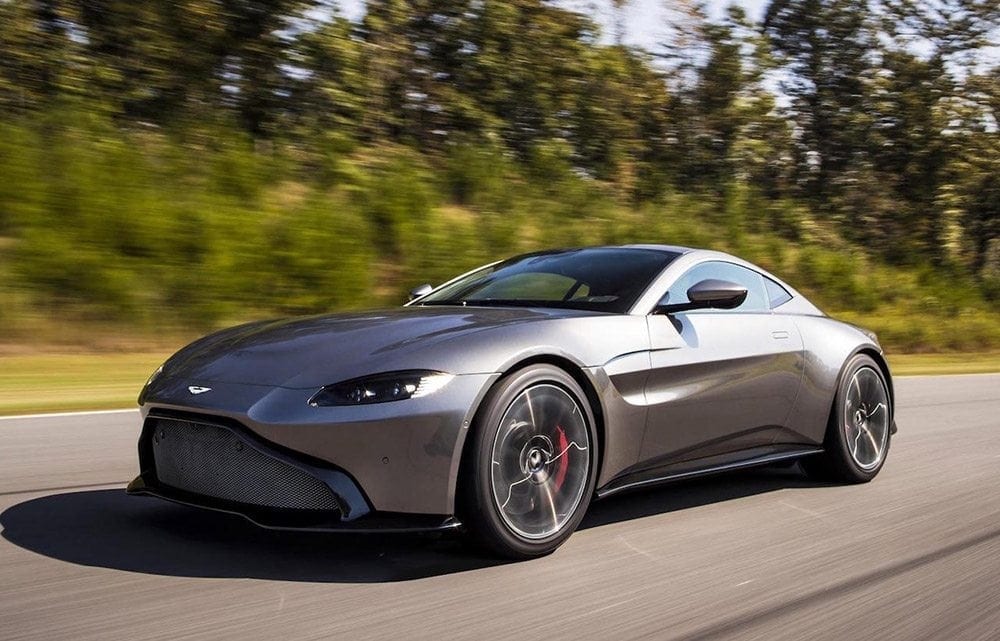 The Vantage name was first used to distinguish the high output engine option available for the DB2 in 1951, and since then it has become synonymous with the Aston Martin brand with around a dozen or so other Vantage models being produced over the ensuing decades.

In November 2017 Aston Martin announced its all-new entry-level model called, quite simply, ‘Vantage’ (not to be confused with the 1992-1999 ‘Vantage’!). It’s also intended as a serious rival to the 911, but the new car shares almost nothing with any of its direct predecessors.

It does however share the DB11’s basic aluminium chassis architecture, albeit much altered, along with the Mercedes-AMG twin-turbo 4-litre V8 as fitted to the V8-powered DB11 variant. This makes 503bhp (510PS) along with 685Nm of torque, with power going to the rear wheels via an 8-speed ZF transmission. The Vantage’s quoted figures are 0-60mph in 3.5 seconds with a 195mph max.

The body’s styling, with its unmissable but somewhat controversial gaping front air intake, is loosely derived from that of 2014’s DB10 concept car, although the Vantage has much more sophisticated aerodynamics which generate significant downforce – a first for a full production Aston. Weighing 1,530kg, the new Vantage also boasts a perfect 50:50 weight distribution, adaptive damping and an electronic rear differential, the first Aston to be so-equipped.

The interior is also completely new and among much else it features heated and ventilated leather-upholstered bucket seats, a premium sound system and integrated satnav. Priced at £120,900 (retail), the first UK deliveries are scheduled for the Spring of 2018.