Got your eye on the thrilling F40? Why not talk to us? We are high-end car finance experts and can put together a bespoke, flexible package to suit your financial circumstances, your car and your future needs.We often offer lower payments than other lenders, and we can offer finance to clients who may be turned away by the computer-driven checklists of other companies. So contact us about Ferrari finance, before you start hunting for your dream F40… 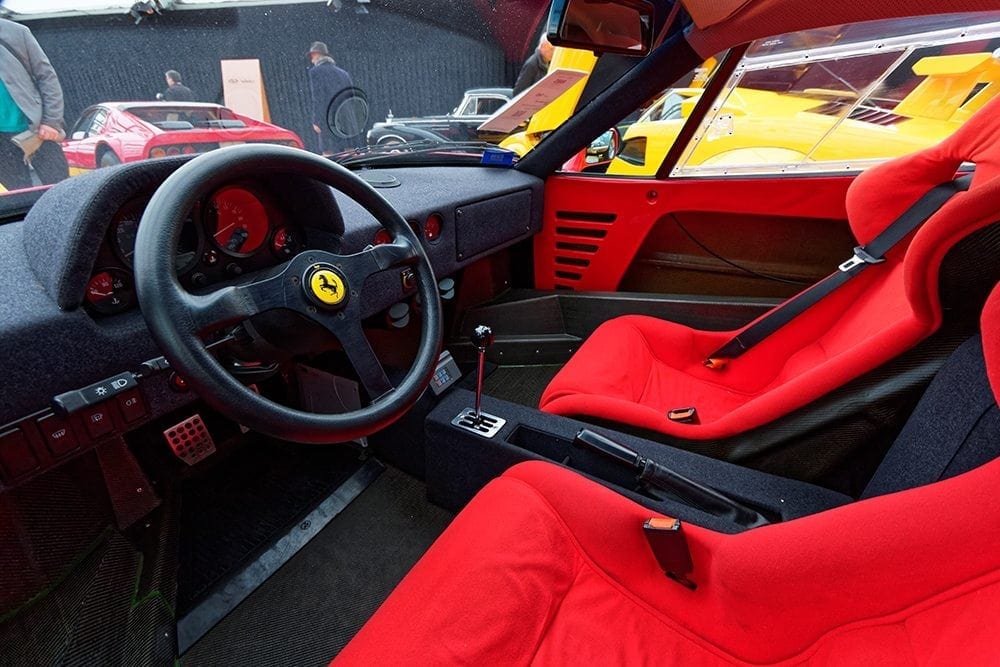 Built to celebrate Ferrari’s 40th anniversary in 1987, the outrageous F40 also acted as the successor to the 288 GTO (1984-87). Unlike the 288 – a homologation special originally intended for Group B racing – the F40 had no competition aspirations. It was designed purely as a road car.

Some of Ferrari’s clientele had been saying that the Maranello firm’s cars had become too plush and comfortable, and so the F40 – the last model to be personally signed-off by Enzo Ferrari – was the the most paired-to-the-bone, track-focussed, powerful, fastest and indeed expensive Ferrari road car to date.

Priced at £163,000 in the UK in ’87, (some £13,000 more than the ultra high-tech, all-wheel-drive Porsche 959), the F40’s cabin section resembled that of the bread-and-butter 328, but with its droop snoot, NACA ducts, plexiglass windows, added width, wide rims and huge rear wing even Lamborghini owners stopped and stared.

But the F40 didn’t always have an easy ride. Although praised by the press for being raw, unforgiving, brutal and downright exciting, it was also criticised in some quarters for being too raw, unforgiving and brutal, with mentions also of its minimal rear vision, zero luggage space, cantacerousness, dated underpinnings and even its ‘mechanical delinquency’!

Some also suggested that Ferrari had built the F40 to cash-in on the then fledgling but escalating speculators market, and for a while the F40’s value did seem to pretty much double every time one came to auction. The firm initially projected that 400 F40s would be built, but this figure was soon increased to 950, and in the end some 1,311 F40s were sold.

Despite its foibles, for many enthusiasts the F40 remains the greatest Ferrari road car of all time. 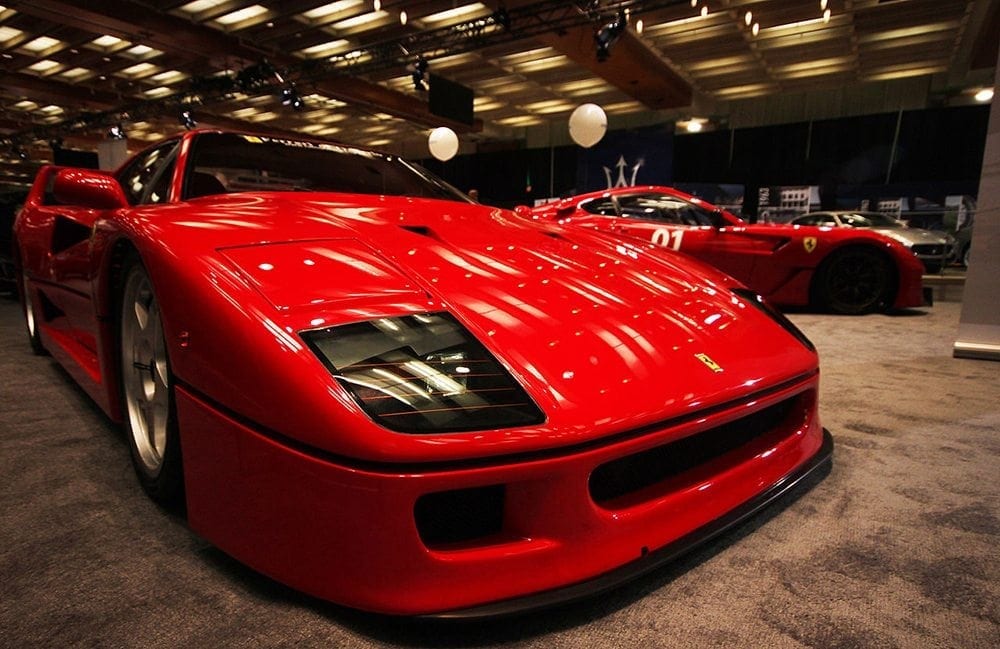 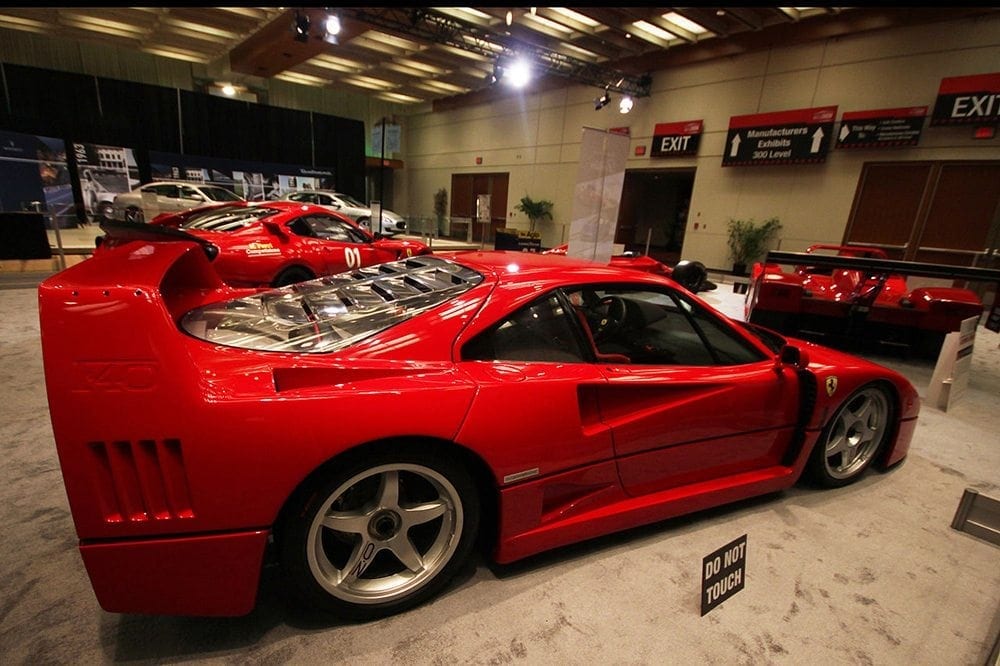