Have you got your eye on a Escort RS Cosworth? We are experts at classic and sports car finance and we can put together a bespoke, flexible arrangement to suit your financial circumstances, your dream car, and your future needs. Our personal service means that we can take into account many more factors than a high street lender – for instance the car’s true residual value, other assets you may own or your business situation – and come up with a fast decision and a plan to suit you. We often offer lower payments than other lenders, and we can offer finance to clients who may be turned away by the computer-driven checklists of other companies. So contact us about finance, either before you start hunting for the perfect Ford, or after you’ve decided on your dream car. 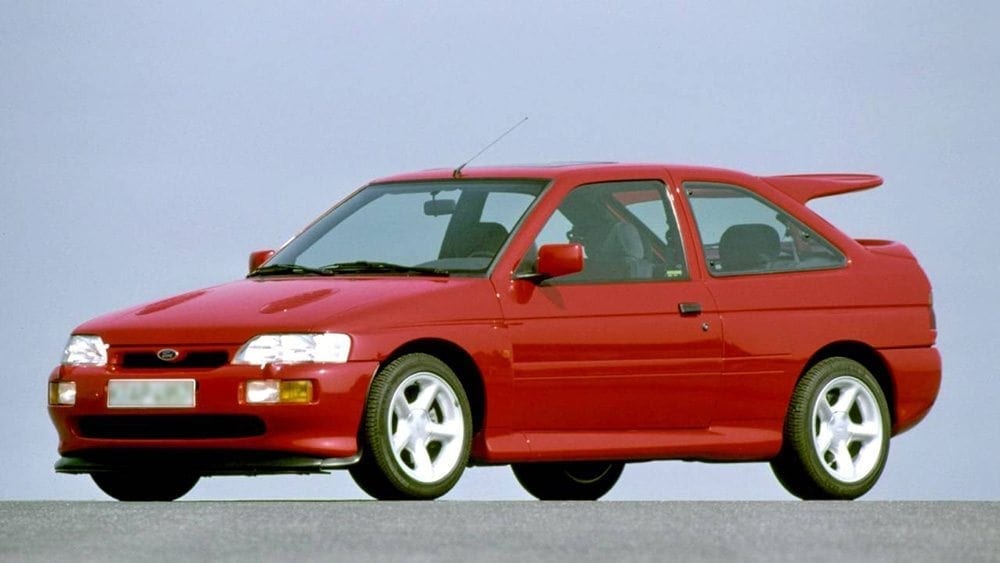 If you had over £20k to spare in the mid 1990s, plus the best part of another £20k for the annual insurance premium, then you could have been the proud owner of the ultimate hot hatch, the Escort RS Cosworth.

For that money you got a turbocharged 2-litre 4-cyl dohc Cosworth-developed engine, 224bhp, 0-60 in around 6 secs, a 140mph max, a huge whale tale rear wing and a permanent all-wheel drive system with 66% of power going to the rear wheels, the rest to the front. You also got white-faced instrumentation, Recaro front seats, razor-sharp handling, huge grip and immensely powerful brakes.

Despite its name, the Escort Cosworth wasn’t really an Escort. The ordinary Mk. 5 Escort platform couldn’t accommodate the bigger Cosworth motor and 5-speed Ferguson transmission, so the longditudinally-mounted engine came from its predecessor, the Sierra RS Cosworth, as did the shortened chassis, with Escort-lookalike body panels specially created to fit.

Engineering heritage aside, the only other hot hatch that could hold a candle to it was the similarly priced Lancia Integrale – the car which in various guises had won the Manufacturer’s World Rally Championship for six consecutive years up to 1991.

And therein lies the reason for the Escort Cosworth. Its original purpose wasn’t to delight well-heeled boy racers; it was to win the WRC, and so was built to comply with the FIA’s Group A regulations. As things turned out, the Cossie never took the WRC title, but piloted by five different drivers it did win ten WRC events from 1993 to 1997.

With a total of 7,145 built between Feb ’92 and Jan ’96, the first 2,500 cars (all built in ‘92) were homologation specials. Along with a mild styling refresh, from late 1994 onward a smaller turbocharger was fitted which reduced turbo lag and improved everyday driveability. 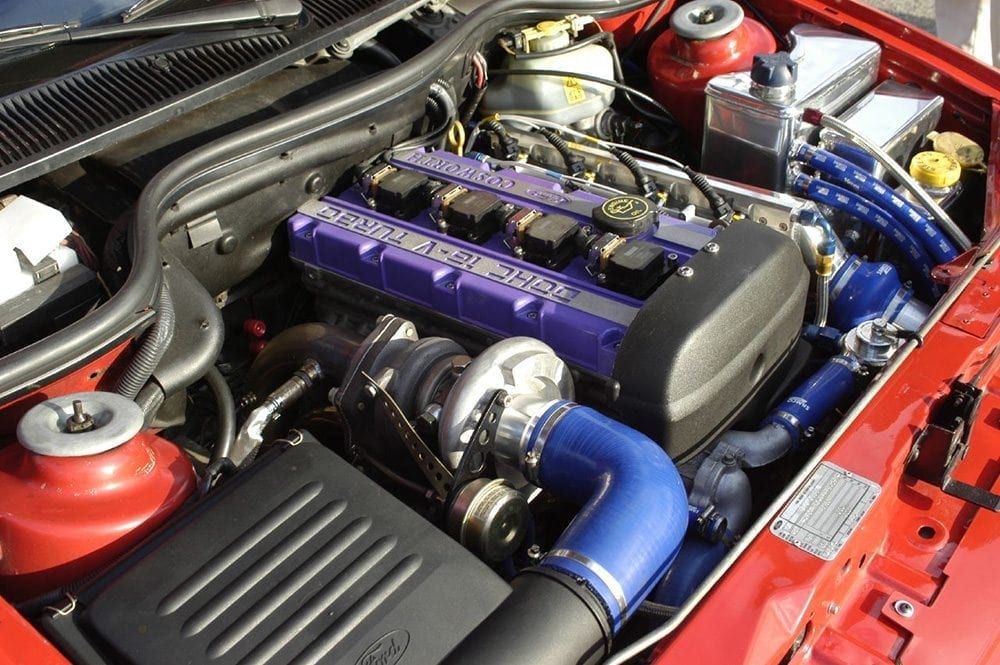 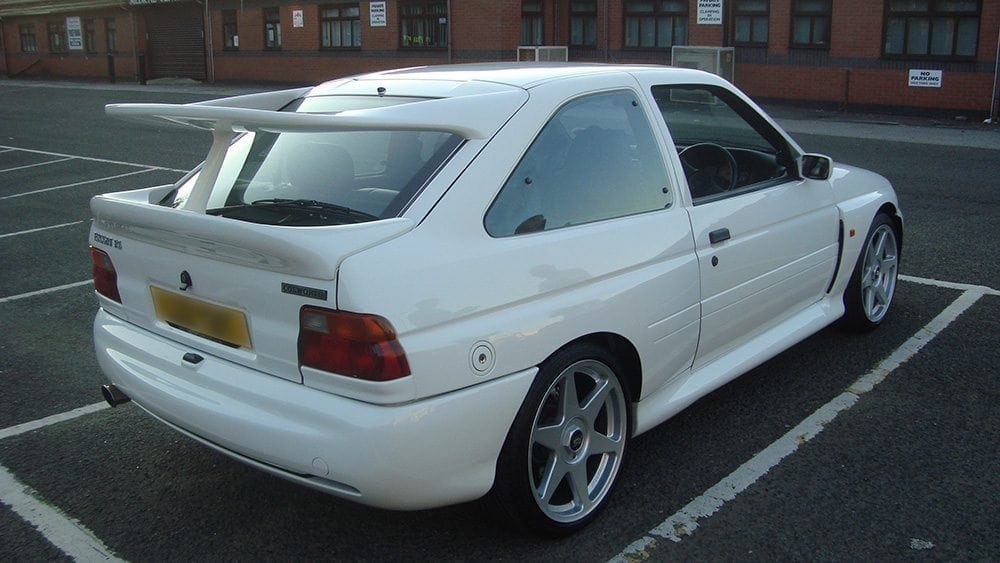