Bespoke finance for your dream Countach

We can help you finance your Lamborghini Countach. Our team of high-end car finance experts will put together a bespoke, flexible arrangement to suit you and your dream car. Our personal service means that we can take into account many more factors than a high street lender – for instance the car’s true residual value, other assets you may own or your business situation – and come up with a fast decision and a plan to suit you. We often offer lower payments than other lenders, and we can offer finance to clients who may be turned away by automated checklists of other companies. So contact us about finance, either before you start hunting for the perfect Lamborghini, or after you’ve decided on the one.

According to Lamborghini, the yellow Countach LP500 unveiled at the 1971 Geneva show ‘left all those who saw it speechless with admiration’. The Marcello Gandini-designed, scissor-doored prototype Countach was indeed astonishing, and Lamborghini had completely destroyed all preconceived notions of how a supercar, or indeed any car, could be.

With a tubular space-frame chassis it was powered by a longitudinally-mounted 4,971cc V12, with the gearbox located ahead of the engine for a precise gearchange action. During development the LP500’s 5-litre engine was deemed to be a little over-the-top, so by the time the 370bhp production version was launched at Geneva in 1973, the engine was a litre smaller and it was called LP400. 158 were built from 1973 to 1977.

The final Countach, the 25th Anniversary model, was first presented at the 1988 Italian GP at Monza. Now with the very latest in engine management technology, power was back up to 455bhp and the car boasted a 4.7-sec 0-60 time with a 183mph max.

With extensive use of composite materials and all manner of elaborate skirts and strakes designed and produced by young employee Horacio Pagani, the 25th Anniversary was the most refined, best handling and fastest production Countach built. Some 657 were delivered in 1989 and 1990, thus bringing the total Countach production figure to around 2,000. 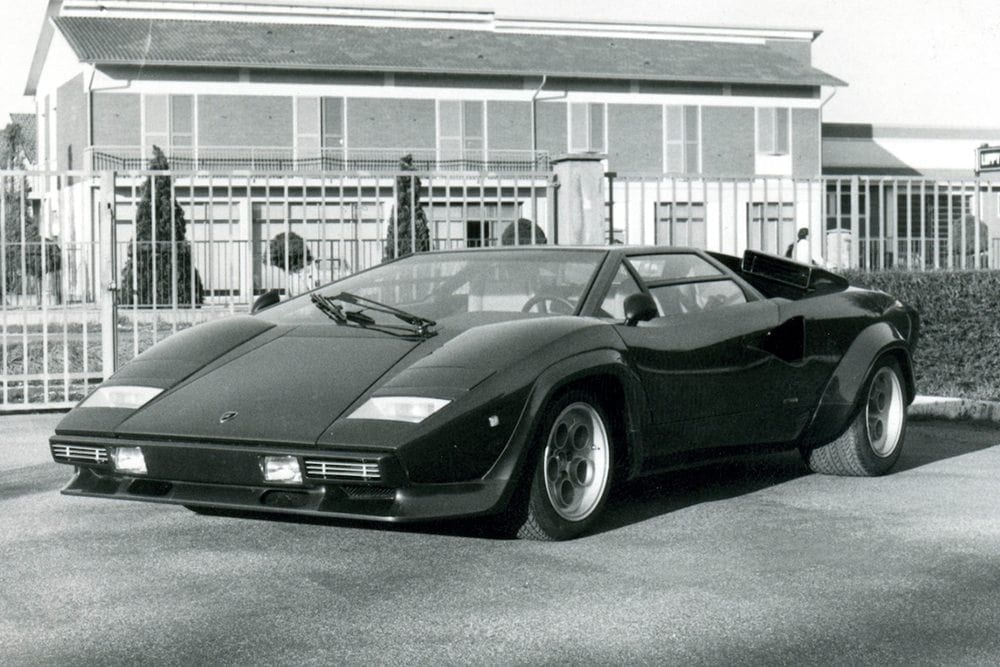 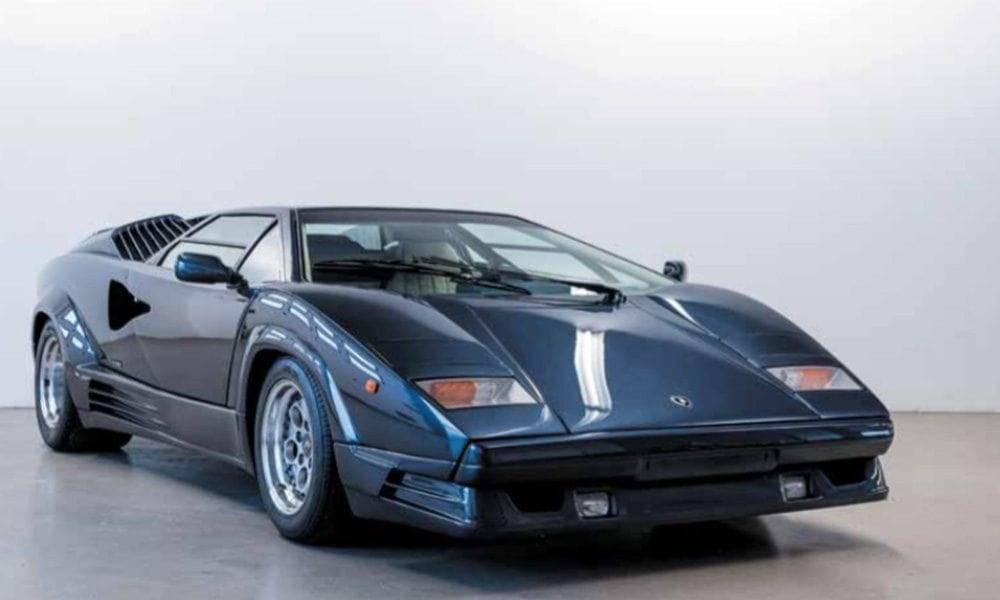