I’ve been lucky enough to drive some incredible cars this year, from the Aston Martin DB6 and David Brown Speedback to the Rolls-Royce Phantom and Lamborghini Urus. Each car delighted me in its own way, as they raised the bar for performance and luxury, or they afforded me the opportunity to fulfil a lifelong dream of ‘meeting a hero’ of mine. Of my list of cars to drive this year there was one, however, that has remained at the very top since I first laid eyes on it at its Salon Privé debut in September 2017 – the Alpine A110.

Click the video below to watch my review, with insight from BTCC driver Jake Hill and Alpine’s own John Fuggles, or read on below for more of my thoughts on the car.

Fast forward one year to Salon Privé 2018 and I’m taking the Premiere Edition out for a spin on the roads around Woodstock. By this point the car had already garnered numerous accolades and plaudits from the motoring press, so I was somewhat concerned this would be a ‘hero’ that couldn’t live up to expectations. Of course, I needn’t have worried. The ride was everything I’d hoped for – compliant and direct when cornering at speed; smooth and supremely balanced at all times. The car delivered on its promise of everyday usability and thrilling performance.

On paper, with the 1.8L 4 cylinder engine producing 250bhp it would seem a Porsche Cayman, Audi TT RS or Lotus Exige would leave the A110 in their dust. However, the Alpine weighs just 1100kg, enabling it to see off the 0-62mph spring in just 4.5 seconds. On country roads the raw numbers matter not a jot; the car performs beautifully and everything just feels right.

On the track, however, those numbers can mean quite a lot. Of the competitors mentioned above, I’ve driven Caymans and Exiges round various tracks, so it only seemed fair to put the A110 through its paces at Goodwood Motor Circuit.

It’s a challenging circuit at the best of times but in a (relatively) unfamiliar car, Goodwood can be somewhat daunting. A sighting lap was sufficient to reassure me that the car was up to the task. Steering weight and tightness, plus throttle response were improved greatly by switching to Sport and Track modes (a welcome by-product of which was opening up the valves to give a much richer note from the exhaust) and before long the car was hammering down Lavant before weaving effortlessly through the chicane. I’d be very interested to see how smooth it remains on a twistier track with some gradients to contend with (Donington Park or Spa-Francorchamps, perhaps) but I’m certain it would prove an exhilarating experience.

But it can’t all be good news. It’s light on storage space and, among those I’ve discussed the car with, divides opinion on its aesthetic appeal (I love the nods to the original Berlinette but must concede that the 60s classic takes first, second and third place in this beauty contest). Similarly, purists who prefer a manual gearbox will be disappointed as the only option is the 7 speed dual clutch auto ’box. For me, though, it’s as close to perfect as a £50k sports coupe can come. It really does have the whole package nicely sewn up and its Car of the Year awards are much-deserved, in the face of some serious competition.

For those looking for a fun, brilliantly capable every day driver – and one that can keep up with the ‘big boys’ on the track – the A110 sits in a class of its own. Less compromising than the Lotus, cheaper than the Porsche, more captivating than the Audi; the Alpine really is a class act.

If you’re as enamoured with the Alpine A110 as much as we are, or if there’s another prestige or supercar you’d like to finance, speak to one of our experts today by calling 020 3355 0035. 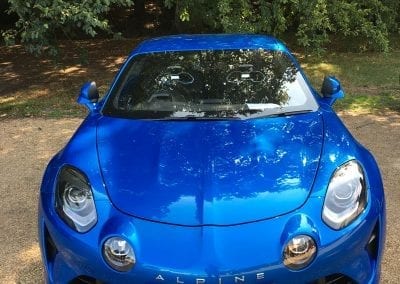 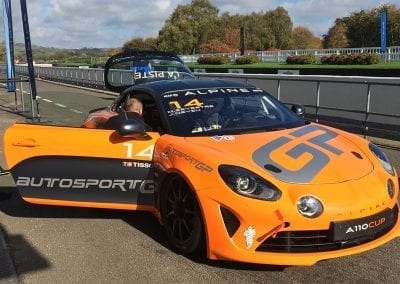 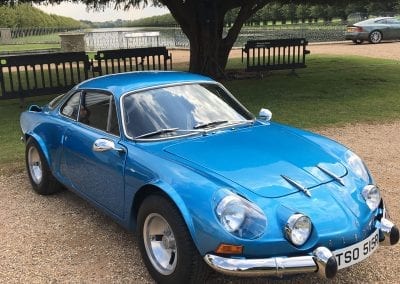 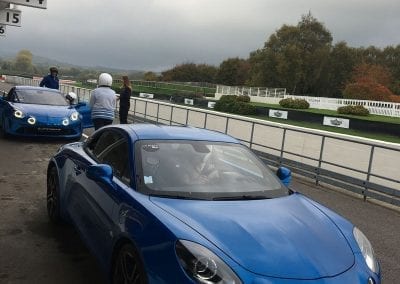