Concept cars – Welcome to the Future

Ahead of the Tokyo Motor Show, we take a look at the history of the concept car and celebrate those that pushed the boundaries of technology and design.

These articles you’re about to read cover the History of Concept Cars and Concept Cars of the Future. We bring this to you during the run up to the Tokyo Motor Show – historically an event in which global car manufacturers take us on a trip to the future in a number of extraordinary concept cars.

Car manufacturers have built concept cars as prototypes for styling, technology and engineering innovations since the late 1920s. Touring the world at motor shows, the concept car is often a distillation of ideas – and a reflection of the auto industry at that given time. But it should also be considered a recruiter of talent: concept cars have inspired and energised generations to want to work in the car industry.

This is no better articulated than in the extraordinary curves of the 1938 Buick Y-Job – considered the father of all concept cars. Designed by Harley J. Earl, a genuine visionary, the Y-Job wowed the crowds with an electric roof and electric windows – but it was the sculptural body that subsequently inspired generations of car designers. It was a car that never saw production, but its influence extended far and wide into the automotive world.

Furthermore, the Y-Job is one of the most acute demonstrations of how the concept car reflects the world around us. It was created during the era of the Great Depression in the USA, when disposable incomes shrunk and car manufacturers struggled to attract customers into showrooms. Harley Earl’s Y-Job was envisioned as a ‘dream car’ – a four-wheeled antidepressant and a slice of pure mechanical optimism for a nation (and a world) blighted with crisis.

Curiously, in the same decade the architect and design visionary R. Buckminster ‘Bucky’ Fuller presented a very different idea for a car of the future: the three-wheeled Dymaxion. This was a far more practical vision of advanced motoring, and one which focused on fuel efficiency and high speeds. The prototypes were blighted by handling limitations and crashes, and the lozenge-shape drew gasps of horror rather than joy, but it was perhaps the fact that the Dymaxion reminded the consumer of the negatives of the world around them – rather than the promise of a greater future – that led to its eventual failure. However, 80-years later the Dymaxion’s emphasis on interior space efficiency and its ‘MPV’ styling are the norm. 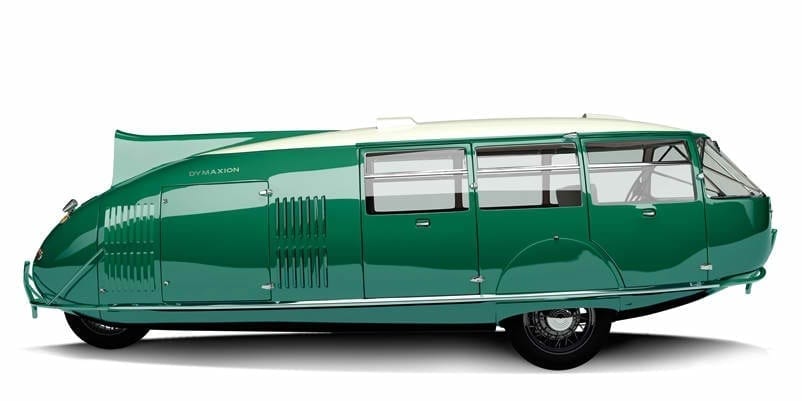 The Y-Job influenced general US car design for fifty years, but occasionally a concept car comes along that makes rival manufacturers surrender to its brilliance – and vow never to mimic or replicate. The Lamborghini Countach concept, revealed at the 1971 Geneva Motor Show, is one such car. The styling, by Marcello Gandini of Bertone, remains a car design high-point and like the Y-Job before it inspired and encouraged a generation to seek a future in the car industry.

On the eve of the 2019 Tokyo Motor Show, it feels like the car industry is seeking another Y-Job or Countach moment. The challenges facing the world of transportation are well documented – and there is a real need for a vehicle that blends the practicality of Dymaxion, the allure of the Y-Job and the chutzpah of the Countach.

Intriguingly, the answer may not be a concept car at all. Did you know that a number of car manufacturers are now actively building engineering and styling concepts for piloted drones? We look forward to seeing the Lamborghini one…

The History
of Concept Cars

The Future
of concept cars

Discover what the future holds, from flying cars to luxury concept aircrafts and drones.