THE CARS WE WISHED OUR DADS OWNED PART 3

Having covered the 1960s and 1970s, here’s our wish list from the 1980s. As before, sporty two-seaters didn’t qualify for consideration on the grounds that, however fabulous, they’re impractical as single-car family transportation. That said, these cars from the ‘80s are no less exciting, and provide food for thought regarding their investment potential. 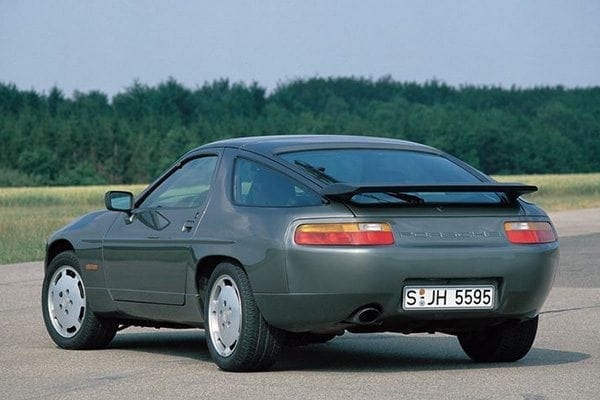 Revealed at the Geneva show in March 1980 and loosely based on the Audi 80, the first Audi quattros – now known as the ‘ur-quattro’ – were all LHD and hand-built on a dedicated line. At DM49,900 in Germany, they were also well over twice the price of the ostensibly similar Audi Coupe GT.

But what made the quattro truly special was its permanent all-wheel drive system with lockable differentials, along with its 200bhp 2.1-litre fuel-injected intercooled turbocharged 5-cylinder lump with ECU engine management. Equipped with brakes from Audi’s big 200 saloon, each and every quattro was subjected to the most stringent and exhaustive quality assurance procedures yet devised.

March ’81 saw the first of 163 LHD quattros arrive in the UK. Now fitted with central locking and electric windows, they were sold through six specially trained franchised dealerships. A few of these LHD cars were converted to RHD, but by early ’83 the UK-import quattros were factory-built RHD cars.

Accompanied by a distinctively gruff engine note, quoted performance was 0-60 in 7.3 secs with a 137mph max, but it was the quattro’s outstanding agility and roadholding that set the car apart. It was about the quickest car point-to-point that money could buy, and by winning two World Rally Drivers’ Championships during the early ‘80s, plus a pair of WRC Constructors’ titles, Audi more than proved the worth of 4WD.

In 1984 the quattro’s interior was redesigned; in ‘85 it received an external facelift; and in ‘87 the 2,144cc engine became a 2,226cc unit. Along with increased compression and other technical upgrades, power was upped to 217bhp and this trimmed the 0-62 time to 6.7 secs and boosted top speed to 143mph.

Short wheelbase Audi Sport quattros were built during the mid ‘80s for Group B rally homologation. With over 300bhp, (or almost double that for the final works rally cars), just 164 were sold as road-legal production cars. Although rear seats were fitted they amounted to no more than an upholstered parcel shelf with zero legroom, so the Sport model doesn’t meet Dads’ Classic practicality requirements!

Audi built 11,452 quattros from 1980-91, and by the late ‘80s the price had almost doubled to a hefty DM96,200, or around £32,000. However, high pricing didn’t prevent it from being every teenage petrolhead’s pin-up car, and nor did it inhibit its popularity as UK demand alone kept it in production beyond Audi’s planned deletion date.

Ford launched the Sierra in 1982 as the replacement for the ubiquitous Cortina. The Sierra’s bold ‘jelly mould’ styling wasn’t an instant hit and sales were slow initially, but bolstered by Ford’s marketing muscle and huge dealer network the car soon gained acceptance and became one of the UK’s best-selling models during the 1980s.

Encouraged by the popularity of the smaller Fiesta XR2 and Escort XR3 hot-hatches, the first hot Sierra, the rear-wheel drive XR4i, followed in ’83. Modified XR4is won the 1985 British Saloon Car Championship and enjoyed success on the track in the US, but for an all-out assault on the high profile, production-based European Group A Championship, something faster was needed.

Enter, in mid 1986, the £15,950 Sierra RS Cosworth. Designed by Ford’s Special Vehicle Engineering department and based on the standard Sierra 3-door bodyshell rather than the heavier XR4 body, the latest ‘Fast Ford’ was powered by the firm’s 4-cyl 2-litre block with a 16-valve, DOHC Cosworth-developed cylinder head. With a Cosworth/Garret turbo charger and intercooler it made 201bhp in standard road trim and this was good for 0-62 in 6.8 secs with a 149.5mph top speed.

Being rear-wheel drive and not so well-suited to loose surfaces, the RS Cosworth only won one World Rally event, on Corsican tarmac in ’88. In circuit racing though it notched up over a dozen major international wins plus about 15 Touring Car Championships during the late ‘80s and early ‘90s. In Group A racing, the class for which the Sierra Cossie had been created, the RS500 was effectively unbeatable, scoring 40 outright victories in succession. Not bad for a 5-seater hatchback with loads of boot space.

Following a number of major accidents in the World Rally Championship during the mid 1980s, the most powerful and fastest Group B class was dropped. The final decision was taken immediately after the death of Henri Toivonen and his co-driver Sergio Cresto. Their super-exotic works Lancia Delta S4, with AWD and a mid-mounted 500bhp engine, had plunged down a ravine and burst into flames while leading the ’86 Tour de Corse.

WRC’s Group B was replaced by Group A for the ’87 season and, keen to maintain its high profile in rallying’s premier class, Lancia seamlessly switched to its Delta HF 4WD hatchback and subsequently won that year’s championship.

With an eye on further World titles, Lancia launched the Delta Integrale in September ’87. Like its immediate forerunner, the Integrale featured a sophisticated permanent all-wheel drive system and was powered by a transversely-mounted 2-litre 4-cylinder 8-valve engine. The production Integrale’s motor however was treated to a number of improvements and upgrades including a bigger turbocharger and intercooler which boosted power to 185bhp in road trim. The Integrale also received wider wheels and tyres with bulging wheel arches, bonnet air louvres and side skirts – all for £15,455, or well under half the price of a new Porsche 911.

Lancia swept the board in the ’88 WRC, and to keep ahead of the game introduced the 16-valve Integrale at the following year’s Geneva show. With a bigger turbo, the 16v road engine now made 200bhp and the car could hit 62mph in 5.5 secs and reach 137mph. The 16v version was also distinguishable by its raised bonnet, wider wheels and new badges.

Around 10,000 Integrales were built, and many years later CAR magazine called it ‘The Greatest Hot Hatch’ and went on to say, “No four-wheel drive saloon is as much fun to drive, full stop.”

Although hard to believe now, the Porsche’s 911’s shine was losing its lustre during the late ‘60s/early ‘70s. Sales were falling and the bosses at the firm’s Zuffenhausen HQ reckoned that the way forward would be to start afresh and replace the rear-engined, air-cooled flat-6 911 – an out-and-out sportscar – with a bigger, front-engined, water-cooled V8-powered grand tourer. The product of this blue-sky thinking was the 928.

Launched at the 1977 Geneva show, the 928 appeared in showrooms the following year. Powered by a 237bhp 4.5-litre 16v V8, sales were initially quite sluggish as Porsche purists and others were slow to appreciate the 928’s many advanced features, eg. a rear-mounted gearbox, 50/50 weight distribution, double-wishbone suspension, passive rear-wheel steering and an all-alloy engine; not to mention the car’s bold, low-drag organic bodywork with aluminium doors and bonnet. Despite customer reticence, the 928 won the European Car of the Year award in 1978 and it remains the only sports/GT model to have done so in over 50 years of the competition.

Although the hand-stitched leather interior was befitting of Porsche’s flagship model, the 928 was always a 2+2 rather than a full 4-seater, but with a hatchback, good luggage space and a slightly roomier cabin than the 911 – the car it never did replace – the 928 qualifies for inclusion here, so long as you were a young, or rather, a small child in the ‘80s!

Current equivalent: Porsche 911 (it’s bigger than it used to be)

The M5 story begins in the mid 1970s with the various special-order, high-performance upgrades that BMW’s Motorsport division made available to buyers of the 6-cylinder E12 5-Series saloons. This culminated in 1979/80 with the off-the-shelf M535i. Powered by a fuel-injected 3.5-litre, 210bhp in-line six from the 635CSi coupe, the M535i boasted front and rear spoilers, Recaro seats, a close-ratio 5-speed Getrag transmission, a limited-slip diff, bigger brakes, tuned suspension, Motorsport graphics and a steering wheel from BMW’s M1 supercar. Capable of 0-60 in 7.8secs and 140mph, the £13,000-plus M535i was a ‘wish-dad-had-one’ car in its own right.

The E12 5 Series was superseded in 1981 by the E28, and a little later that range also included a high-performance M535i variant. And then, at the 1985 Amsterdam show, BMW dropped the bombshell – the M5 – the world’s fastest 4-door saloon.

It was the original understated Q-car and really only distinguishable on the outside by discreet M5 badges front and rear, but with 282bhp and 340Nm of torque it could screech to 62mph in 6.1 secs, accelerate through the standing 1/4mile in 14.1secs and reach 156mph. Some schoolboys of the day may have preferred the M535i’s racier appearance, but the wolf-in-sheep’s-clothing M5 was the boss and no mistake. Persuading dad to buy one, however, was not easy. At a time when the M535i cost £19,985, the M5 would relieve him of a hard-earned £31,295.

So, those are the cars we’d wished our dads, or indeed that we ourselves had owned back in the 1980s. There were others of course, most notably the Vauxhall Lotus Carlton – until it dawned on us that production of that 180mph supersaloon didn’t commence until just after the decade was done! So perhaps the most obvious 1980s omission is the Cosworth-developed Mercedes 190E 16 in either 2.3 or 2.5-litre guise – another terrific saloon, but you may recall others that were wish-list worthy…?

We’re passionate about classic cars at JBR Capital and we can quickly build a bespoke finance package to suit your needs. So if you’re interested in acquiring the car of your childhood dreams then please call one of our experts today on 020 3355 0035 to explore your finance options.

The 78th Members’ Meeting at Goodwood ended the 2021 historic motor racing season in fine style. Plus 2022 dates of its three big events next year.

Is it time for enthusiast to accept that battery-powered cars will be the norm? It’s certainly time to accept the UK charging infrastructure is a long way off being fit for purpose

Darren and Amanda are joined by Mr. David Brabham – Brabham a name that is synonymous with racing cars – Racing Royalty.

Darren and Amanda are joined by Mr. David Brabham – Brabham a name that is synonymous with racing cars – Racing Royalty.