Cynically speaking, Aston Martin will be relieved that they avoided uncomfortable questions from business journalists on press day of the Geneva Motor Show. It has been a challenging few months for the British brand, but things are looking good from a product perspective with the open-top variant of the new AMG-powered Vantage making its debut this month, and the reveal of the low-volume V12 Speedster.

Next up Lexus. Yes, Lexus. Often unfairly dismissed as a poor rival to Mercedes and BMW, the Japanese premium car maker was planning to show a concept that looks more like a prop from Star Wars than a car: the LF-30. This dramatic gullwing-doored electric vehicle has support for wireless charging and a socket for an R2 unit in the rear. OK, we made up the last bit. We’re guessing this car will also be at the Goodwood Festival of Speed in July. 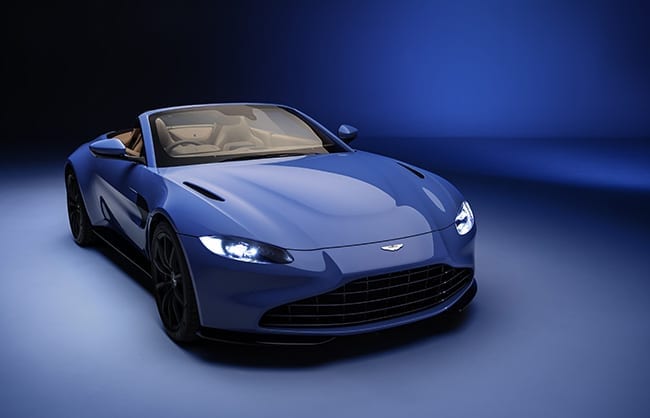 Not to be outdone, Mercedes planned to show a car at Geneva designed in collaboration with the team behind the science-fiction film Avatar. Yep. Cars and movies – smashed together in an appealing hybrid mashup. The Vision AVTR (Advanced Vehicle Transformation) concept car has active aerodynamic elements and a hologram-based human-machine interface. And no, this time we’re not making it up.

Back on planet earth, Mercedes was also showing the AMG GLA 45 (a turbocharged junior SUV that will frighten supercars) and the AMG GLE 63 Coupe – a slant-back SUV with AMG power, performance and looks. 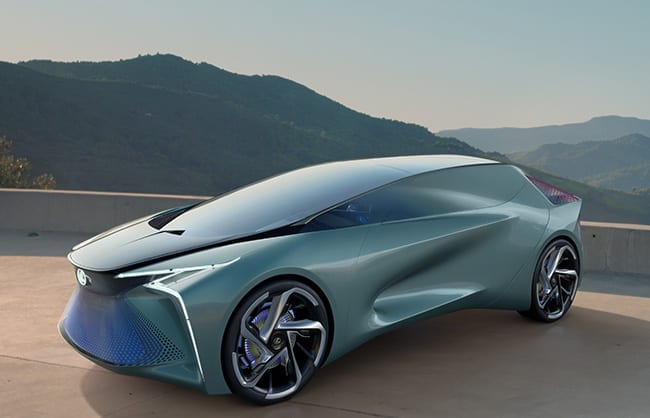 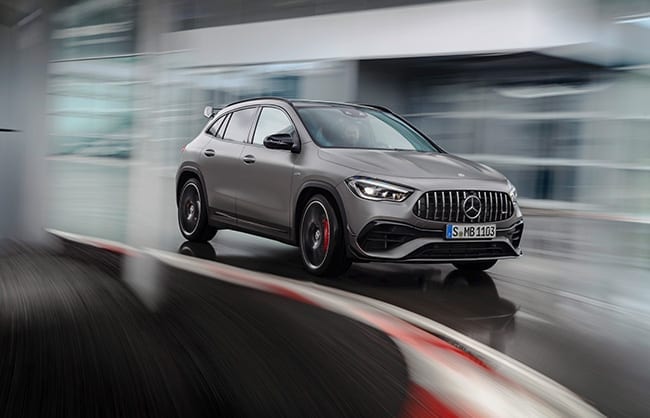 The Liverpool-based Briggs Automotive Company recently announced that production for the first-generation Mono is ending, but had scheduled to debut an all-new model at the 2020 Geneva show.

This, sadly, was nixed by the damn virus. However – take a look at the pics below revealed this week. The new turbocharged BAC Mono ‘S’ costs £165,950, is powered by a Mountune-developed 330bhp 2.3-litre Ford four-cylinder engine (an increase of 25bhp over the outgoing car). BAC estimates that the S is around four seconds a lap faster than the original Mono on the Silverstone Grand Prix circuit.

There’s little doubt that the Koenigsegg stand would’ve been packed to the brim at Geneva – its surprise new model is a ‘mega-GT’ that is claimed to seat four adults comfortably with room for luggage… and and does 250mph. The ‘Gemera’ is powered by a high-capacity electrified powertrain consisting of a tiny 2.0-litre, three-cylinder petrol engine, plus a trio of high-output electric motors. Combined overall output is 1700bhp, with a 0-62mph time of just 1.9 seconds.

“As if you haven’t already guessed, one of the great joys of the Geneva Motor Show is the variety of cars on display…” 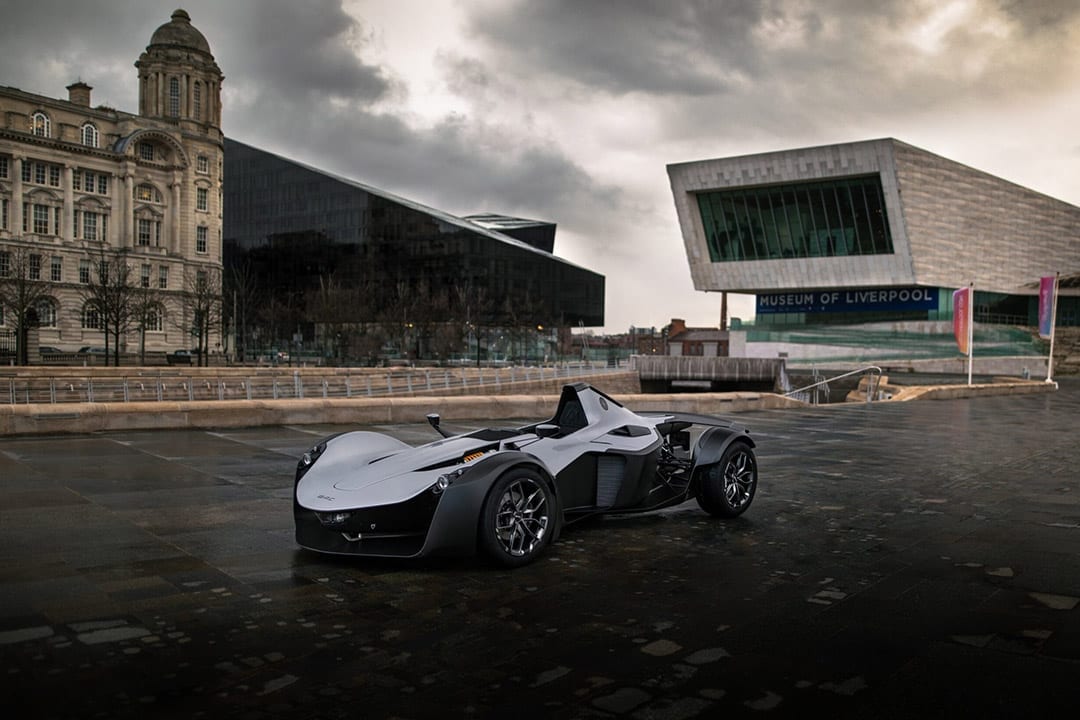 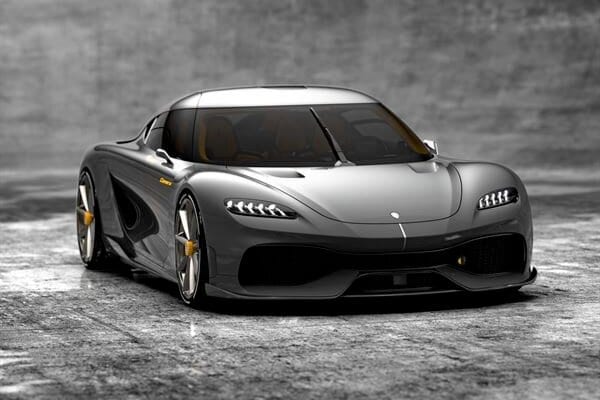 Rising above the power/speed/acceleration histrionics is Bentley. They planned to show the exclusive Continental GT Mulliner Convertible and the limited-run Bentley Mulliner Bacalar. The Bacalar has been created by Bentley’s in-house Mulliner bespoke customisation division, and is expected to become a new production car.

OK, back to the power/speed/acceleration histrionics…

Showing for the first time at the Geneva Show is the Czinger 21C. Except it’s not – which is one of the biggest disappointments of the event’s cancellation. Czinger, a brand new supercar maker, has been making waves in social over the last couple of weeks and you can guarantee there would’ve been a queue forming on their stand during press day. 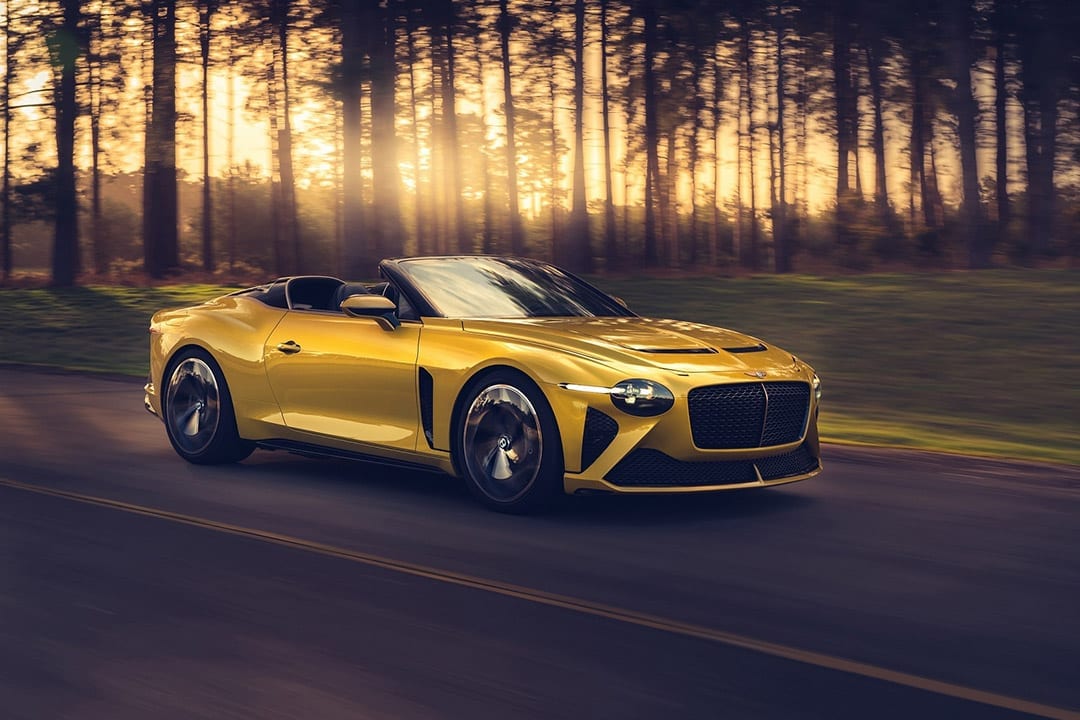 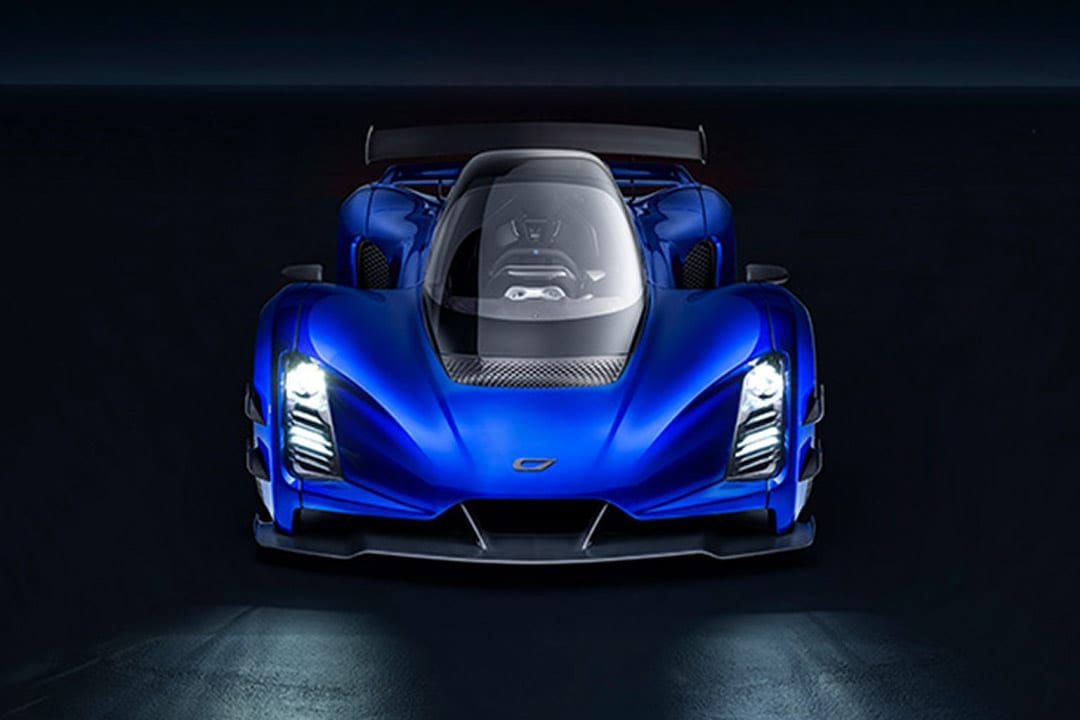 Ferrari would’ve had pangs of jealousy over the attention created by some of the wild and crazies at Geneva, as it was focusing on the serious business of bringing a suite of new models to market. The F8, F8 Spider, SF90 Stradale and Roma were all expected to be at Geneva – with all eyes on the new entry-level 2+2 front-engined V8 Roma sports car. Our pictures below will have to do!

This year Porsche was planning to reveal the new flagship 911 Turbo S at Geneva. A hugely popular car among JBR Capital customers, the Turbo is (and always has been) the all-round supercar. 0-62 mph takes 2.7 seconds (a reduction of 0.2 seconds), while the top speed is 205 mph. Power peaks at around 650bhp, and a wide body and four-wheel drive promises extraordinary grip and handling. The new models are available to order from Porsche Centres in the UK and Ireland from today. The 911 Turbo S Coupé is priced from £155,970 and the 911 Turbo S Cabriolet from £165,127. 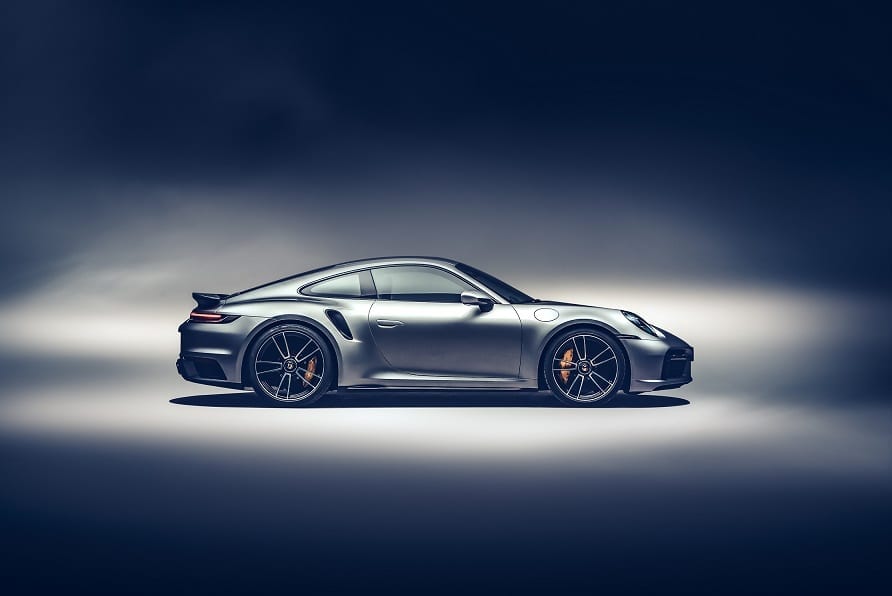 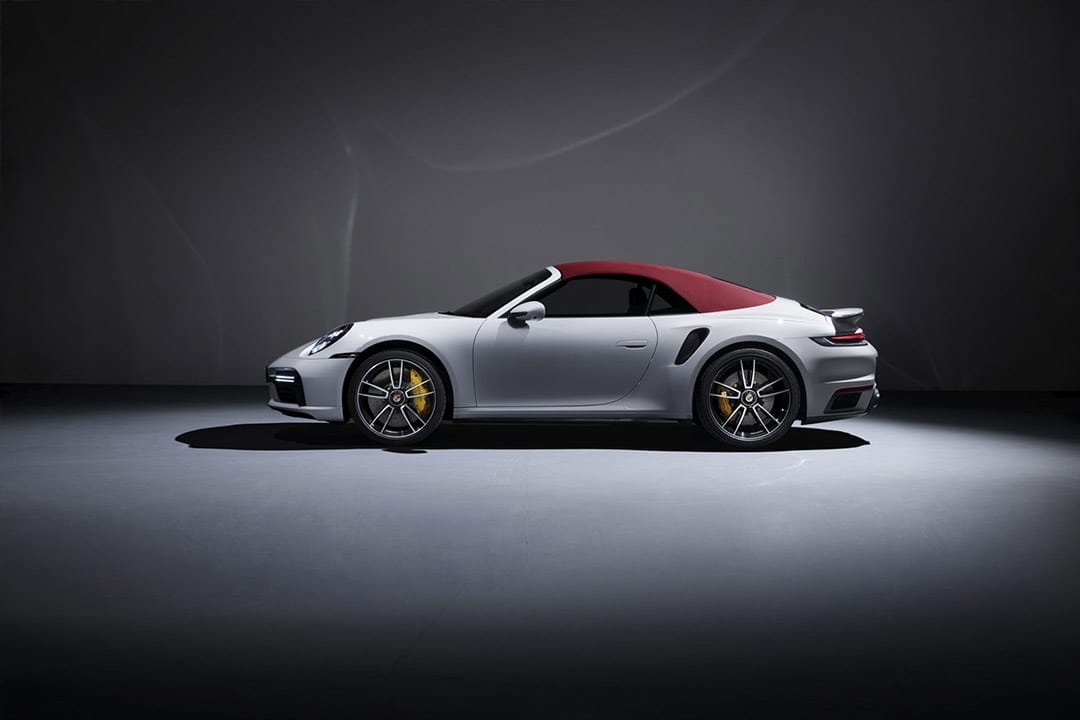 Back to the all-electric, multi-million dollar hypercars – and over to Automobili Pininfarina. A special edition of the all-electric, Rimac-derived Battista was due to be on display – instead, take a look at our pictures below. The Battista Anniversario celebrates Pininfarina’s 90th birthday – and you’ll need £2.3million to buy one of the five cars scheduled for production.

As if you haven’t already guessed, one of the great joys of the Geneva Motor Show is the variety of cars on display. This will be sadly missed by show-goers this year.

However, we’ll try to fill the gap by (virtually) sending you in the direction of the pictures below of a new Morgan Plus Four from Morgan – a brand that couldn’t be more British if its cars were wearing bowler hats (OK, we’ll ignore that they’re owned by the the Italian venture capital group). Morgan is a brand on the up, with new tech, new investment and new engines. The new car you would’ve seen at Geneva is an entry-level sports car using the firm’s all-new aluminium architecture, and a 255bhp turbocharged four-cylinder engine shared with the BMW Z4. Prices are from £62,995.

Finally, McLaren. This year at the Geneva Motor Show, the British marque was planning to introduce its new LT model – the 765. Instead, like most brands, the images were released into the wilds of the internet. The 765LT will be a phenomenal machine if the specs are anything to go by: 0-62mph in 2.8sec and 0-125mph in an astonishing 7.2sec – faster than a Ferrari 488 Pista and Porsche 911 GT2 RS. 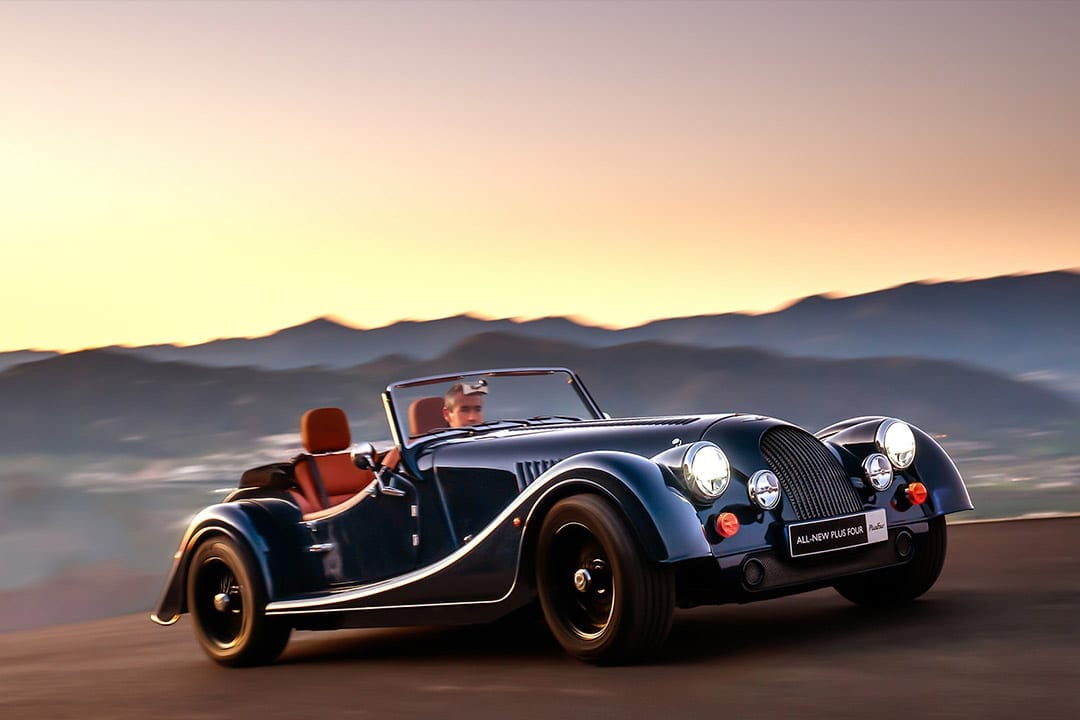 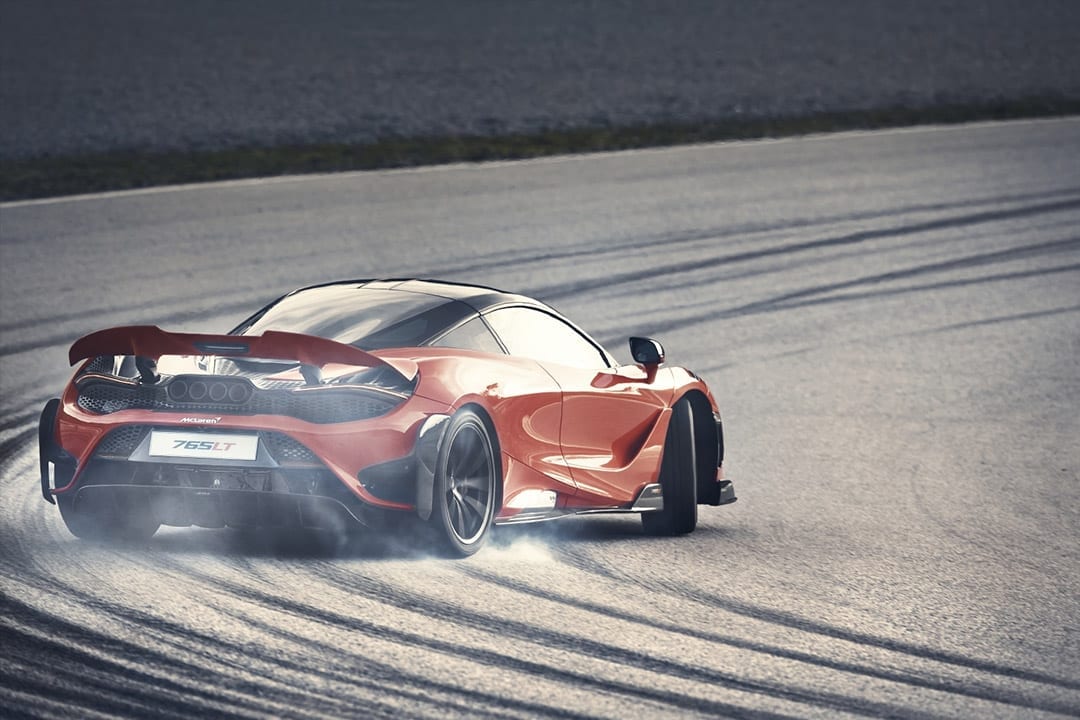 Of the ‘real’ cars you can buy (and not the concepts) – we think you’ll be most interested in the McLaren 765LT, Aston Martin Vantage Roadster, the Mercedes-AMG GLA 45 and GLE 63 Coupe, the Bentley Continental GT Mulliner Convertible, the Ferrari SF90 Stradale and Roma, and the Porsche 911 Turbo S.

We’ll happily finance any of these cars, so why not give us a call and get ahead of the queue for the hottest new cars from the (not the) Geneva Motor Show.