Well, they do say that the third time is the charm. And so it was, that the-twice postponed 78th Goodwood Members’ Meeting finally fired into action on Saturday 16th October 2021. Instead of the nodding yellow daffodils that normally bedeck the Goodwood motor circuit during the Members’ Meeting customary spring calendar fixture, falling leaves and autumn mists welcomed spectators. And nor was the event any the worse for it either.

While the Goodwood Revival, held a few weeks earlier in September, adheres to a strict 1966 cut-off date for vehicles competing on the track, there are no such time-lock constraints at the Members’ Meeting, which welcomes machinery of all ages.

The oldest car to grace the motor circuit was a 1903 Mercedes 60hp, which raced in the S.F. Edge Trophy for machines built during the Edwardian era. Along with the likes of Duncan Pittaway’s outrageous, fire-spitting, 28.5-litre Fiat S76, aka the ‘Beast of Turin,’ the 118-year-old Mercedes earned plenty of respect. It was, however, the newest car at the event that commanded the most attention, as Gordon Murray chose to give his 650bhp, 4.0-litre, naturally aspirated Cosworth V12-engined T.50 hypercar its global dynamic debut at Goodwood. 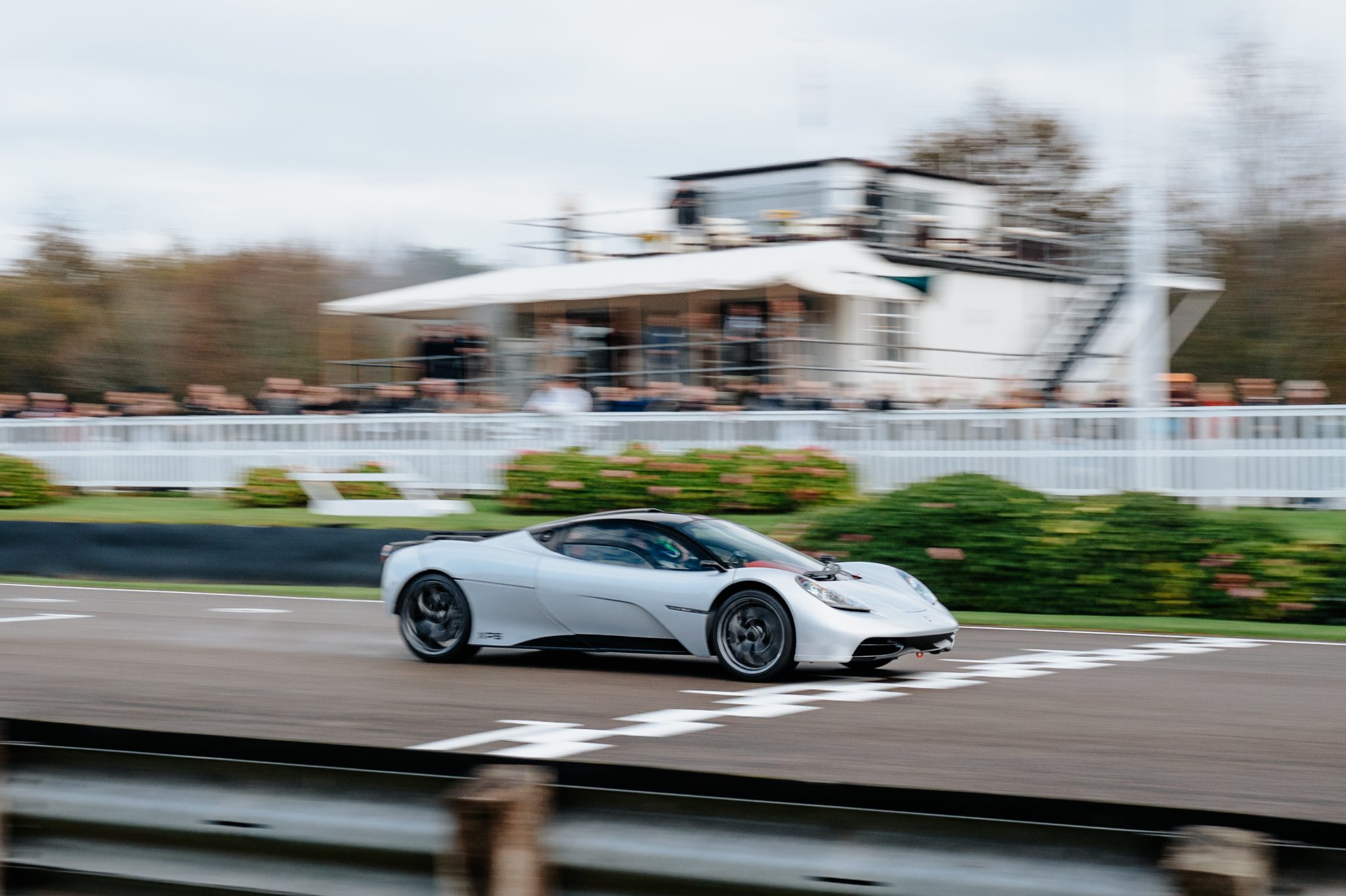 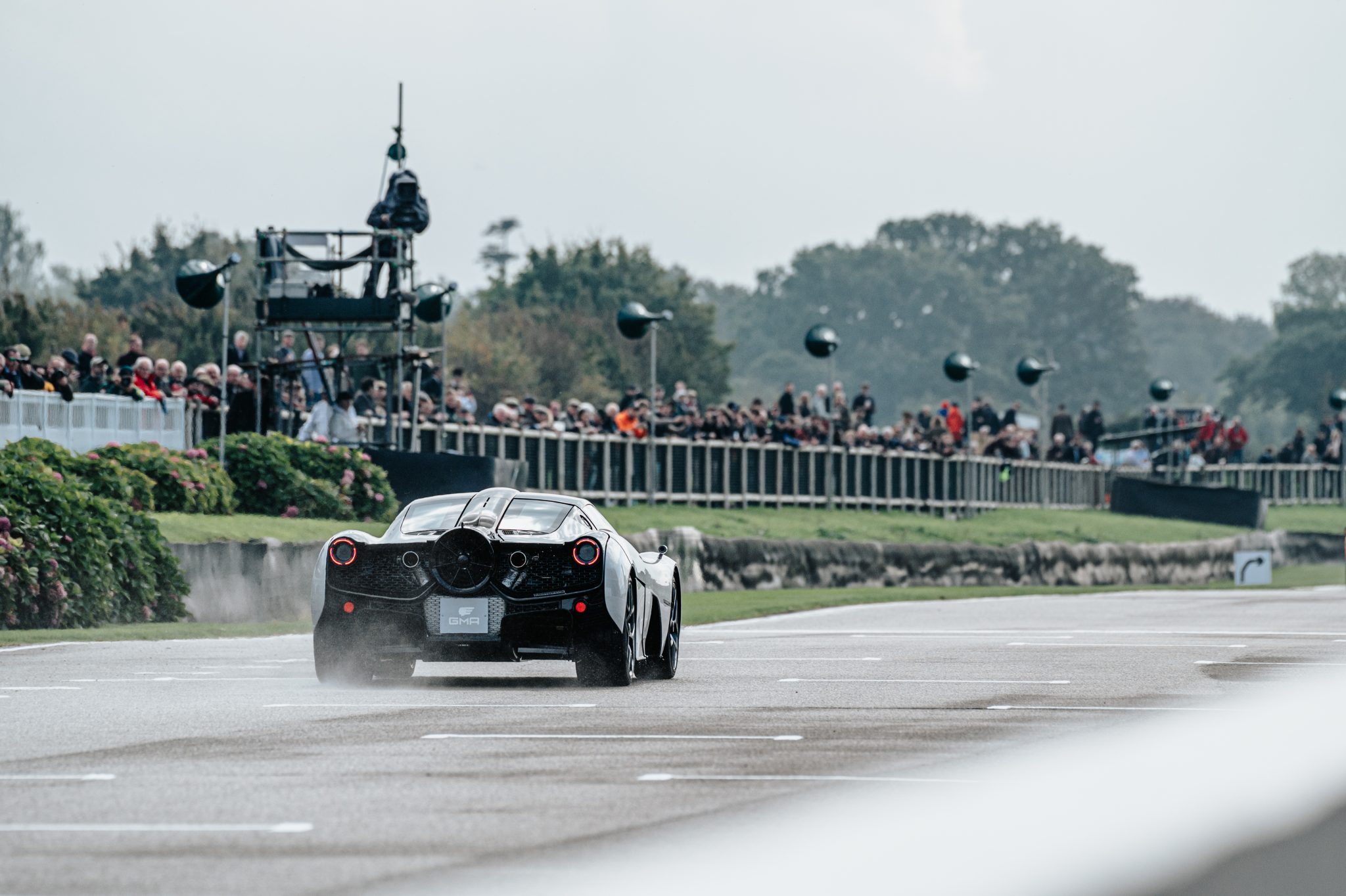 But one car did it – the McLaren MP4/6 in which Ayrton Senna won his third Formula One World Championship thirty years ago in 1991. Powered by a Honda V12 engine capable of revving to 13,000rpm, mated to a six-speed manual gearbox, even seasoned racers flocked to vantage points to see, and hear, this incredible car howl past. And what made those five laps even more poignant, was the fact that it was being driven by Ayrton’s nephew, Bruno, wearing a replica of his uncle’s helmet.

In keeping with the early-nineties era of the Senna car, no less than 14 Jaguar XJR-15s took to the track for a high-speed demonstration run. The man who designed the XJR-15, Peter Stevens, was there to enjoy the spectacle. Based on the Le Mans-winning Jaguar XJR-9 and constructed by Tom Walkinshaw, the XJR-15 ran in the single-make, three-race Jaguar Intercontinental Challenge, which supported the Monaco, Silverstone, and Spa GPs in 1991 with a million-dollar prize for the winner, Armin Hahne. 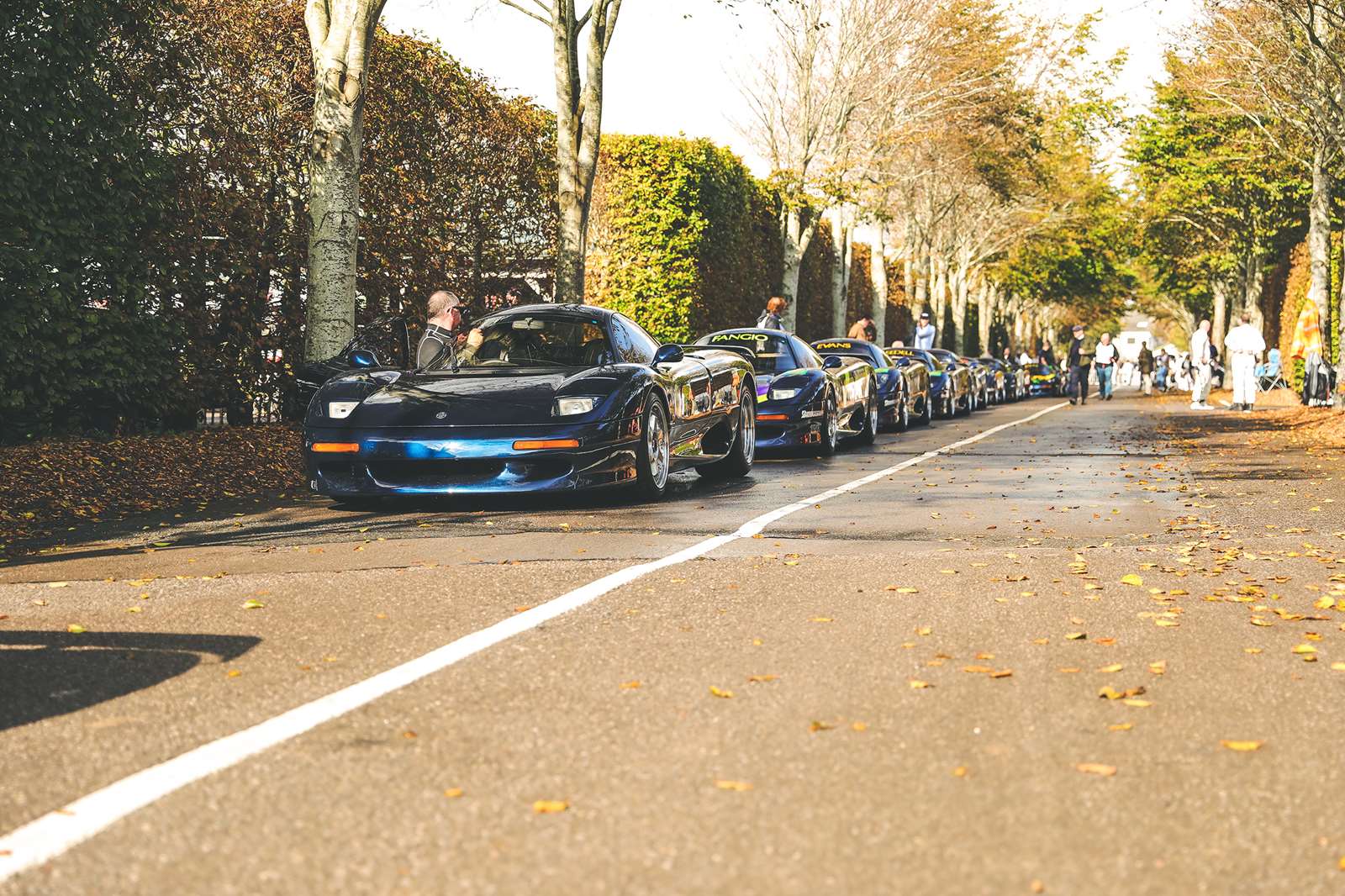 Saturday’s rain kept everyone honest. It wasn’t just the drivers of the Ford Capris and the Rover SD1s in the Gerry Marshall Trophy and the thunderous American V8-powered saloons in the Pierpoint Cup that were sliding at right angles to the track. Even the racers of the single-seaters had to be handy, and fast, with just the right amount of opposite lock to keep their charges on track. 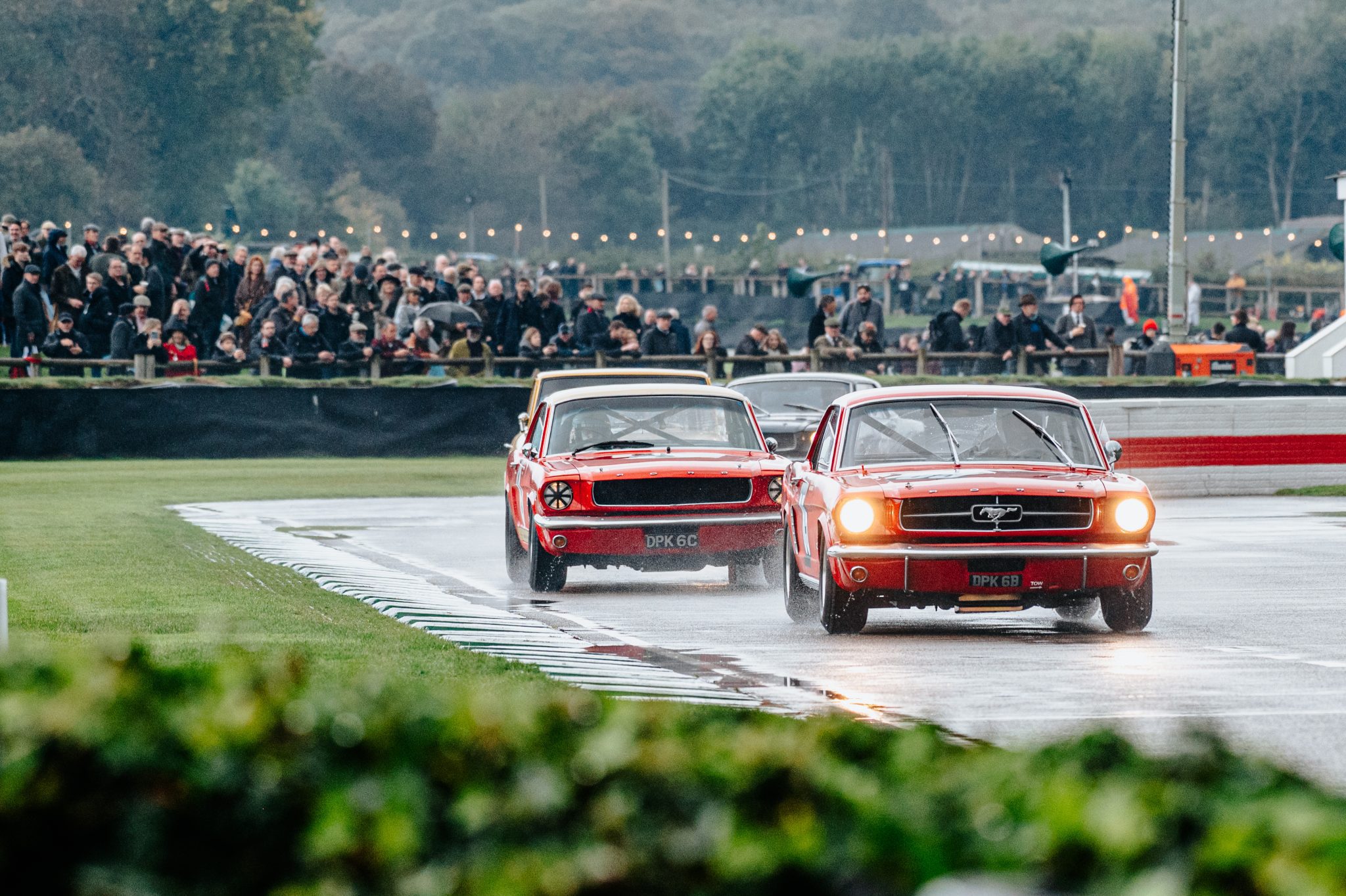 As darkness fell on Saturday it was time for the true masters of the sideways art to fire their cars into action, as a collection of Group 4, Group B and WRC rally cars ripped the night apart on a specially prepared rally course.

With lights ablaze and many spitting flames, monster Group B machines like the MG Metro 6R4, Audi Quattro Sport S1 E2 turned the clock back to 1985, while a sideways dancing Ford Escort recalled an even earlier era. The more contemporary WRC cars, such as the Toyota Celica GT 4 and Subaru Impreza were faster still, while the legendary Stig Blomqvist was utterly committed in an ex-Carlos Sainz Ford Escort Cosworth. 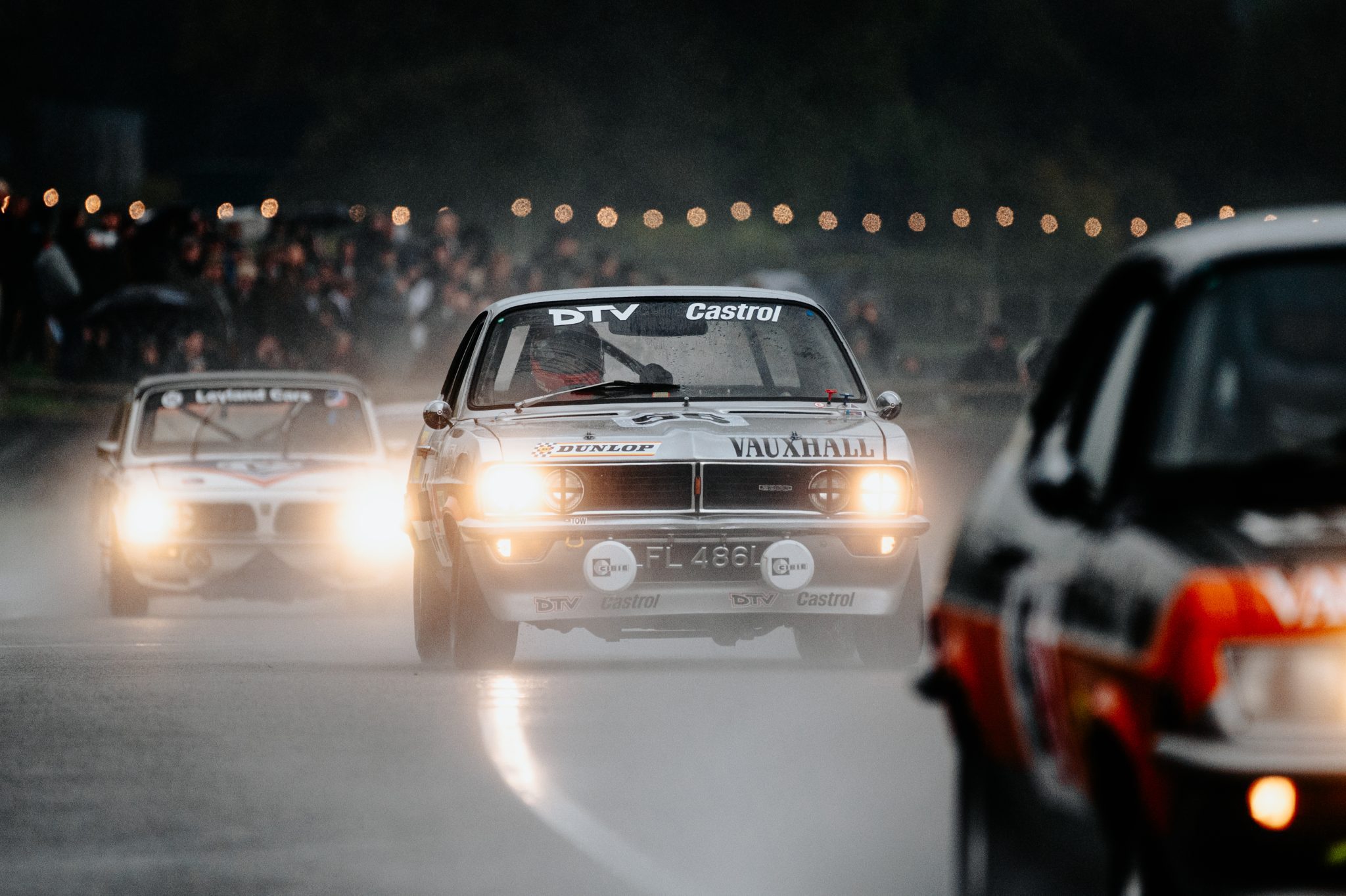 The running of the rally cars coincided with the opening of the Members’ Meeting’s famous night party on the circuit infield. Visitors were able to eat drink and even dance the night away and were kept thoroughly entertained by a whole host of artists as they warmed themselves by open firepits before a fireworks finale.

Sunday dawned slightly cloudy, but the afternoon brought glorious autumn sunshine. It’s hard to say which was the better day. Arguably Sunday because of the better weather and the fact that there was a lot more racing to watch as opposed to practice sessions. And yet, always there was that little nagging feeling that the day would end, and unlike Saturday, there would be no tomorrow to look forward to. 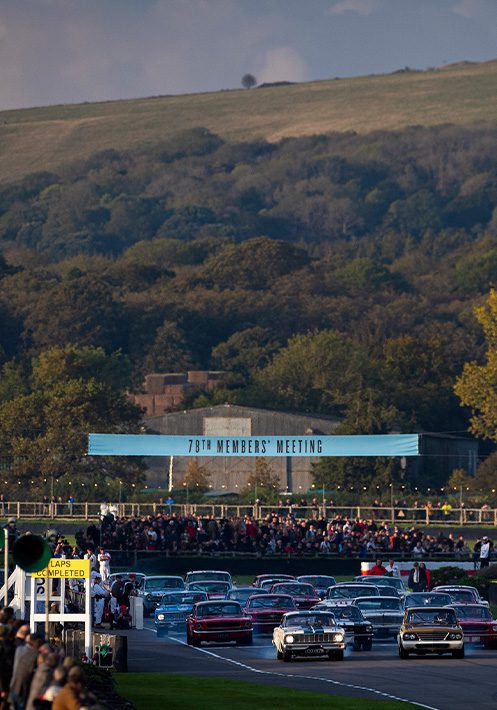 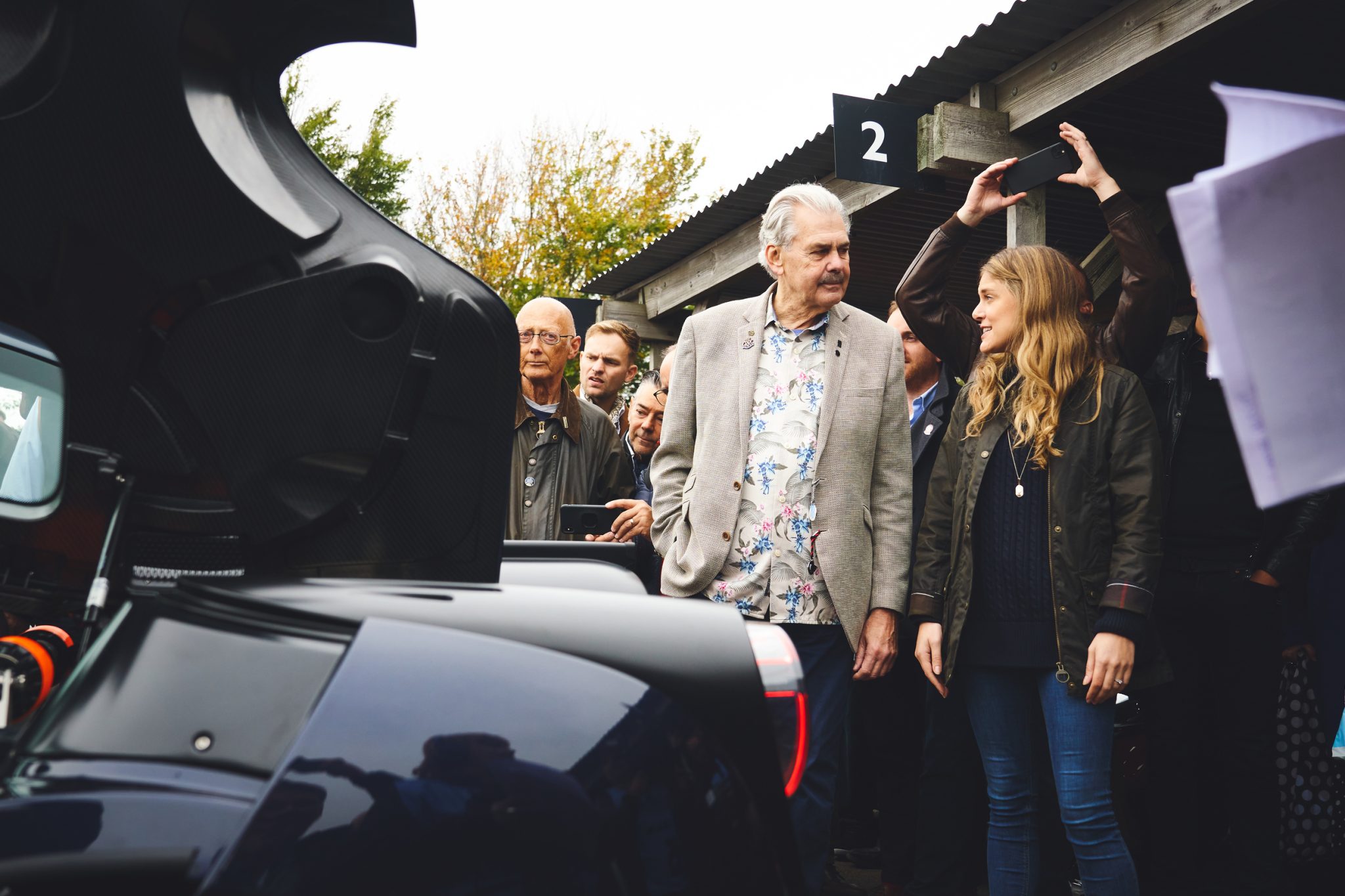 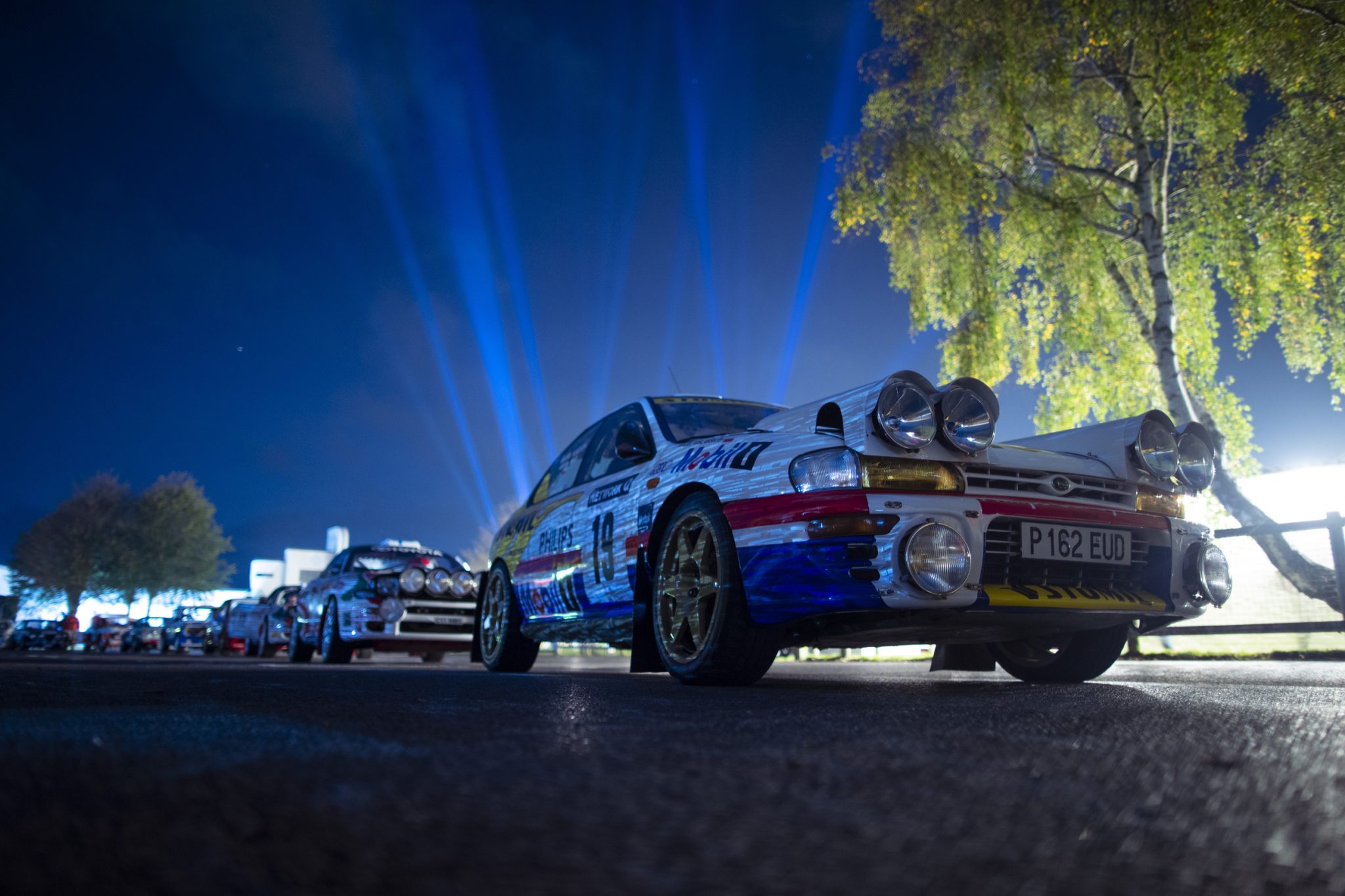 What to look forward to?

But now there is next year to look forward to, as Goodwood has confirmed the dates for its big three events. Kicking off the season will be the 79th Members’ Meeting, returning to its traditional spring slot on 9-10 April, followed by a slightly earlier than normal Festival of Speed on 23-26 June with the Goodwood Revival wrapping up the season on 16-18 September. Get those dates in your diary now.