“Let me tell you about the very rich,” wrote F Scott Fitzgerald. “They are different from you and me.” He went on to write a pile of novels based on this very premise. We’re concerned with merely their cars, not their whole psychological terrain, and at Top Gear we’ve always studied at length how different those cars are.

But what about the buying of them? Might we assume the very rich, or just the rich, do it differently? Do they turn up at a car dealer, wave a black AMEX card or open a Louis Vuitton bag of fresh £50s, and depart with their chosen supercar paid in full?

Mostly not. By choice they do what the rest of us are pushed by circumstance into doing. They buy on finance. No longer do the wealthy, the footballers, pop stars, lottery winners and other rapidly moneyed blow it all on cars and other essentials of the high life. Nowadays they have managers and advisors who look after their savings for the future, and allow them a fixed monthly spending allowance.

An allowance that might look stupendous to you and me, but it won’t buy a hypercar. So they borrow and spread the cost. Successful City types, too, might borrow for a car, expecting to use their financial acumen to divert the capital into another investment that will appreciate while the car depreciates.

“The proportion is much higher than you’d imagine. I’d say 70 per cent of cars over £100,000 are bought on finance,” says Darren Selig. He founded and runs JBR Capital, the only specialist independent firm in the field. JBR (it’s the initials of his three sons) now has a staff of 70. It aims next year to lend nearly a quarter of a billion pounds on cars.

To read the article click here
← Financing luxury cars is more than just a job – it’s a passion A game of patience - What will happen to the luxury car market? → 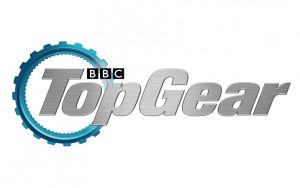