Twenty years ago, in December 1996, Brooks auctioned a nice original Maserati 3500 GT Spider for £29,000. In February 2015 Artcurial sold one in similar condition for £620,000. Nevertheless, this model seems relatively inexpensive. Why, you may ask, is the Maserati 3500 GT/GTI Spider such an interesting car? And what is today’s price level of the Spider compared with those of other open-top sports cars from the same era?

Founded by four brothers, Maserati originated in racing, mainly building racing cars until the Second World War. It was at this stage, towards the end of the 1930s, the company hit financial problems. It received the support of Omer and Adolfo Orsi, who took over the management. Shortly after the war, the remaining brothers left Maserati and founded OSCA. Meanwhile, Maserati was very successful in racing with the 250F. However, in order to be able to survive, the factory had to focus on the development of a sports car and sell it in larger numbers. The Maserati 3500 GT Coupe by Touring brought this success to the company, following its debut at the 1957 Geneva Motor Show.

The starting point was the engine from the 350S racing car. The alloy six-cylinder in-line engine with double overhead camshafts delivered 220hp, with a maximum speed of approximately 145 mph. Drum brakes were fitted all round and front disc brakes became optional in 1959. From 1960, front disc brakes were standard and starting in 1962 these were standard all round. Initially the 3500 GT had three Weber carburetors. Starting from 1961, a fuel injection system made by Lucas was used to increase the engine power to 235hp. At the same time, the name of the model changed to 3500 GTi. These technical changes were also applied to the Spider.

At that time, the American market was the most important in the world. Although the Superleggera Coupe by Touring was a great success, in the USA there was also growing demand for an open-top version. In 1959 Vignale showed a Spider at the Paris Motor Show – this car was designed by Giovanni Michelotti. The 3500 GT Spider was based on a shortened chassis, so it offered space for only two people. Michelotti’s design was more modern than the Touring Coupe, with a stylish shoulder of the rear fender above the wheel arches. The Spider soon entered production, although unlike the Superleggera Coupe, the Spider did not have aluminum coachwork – the body was made of steel. To reduce weight, the hood and boot lid were made of aluminum. A hardtop was an option, of which some 40 were made. From 1959 to 1964 Vignale built 242 Spiders.

The Maserati 3500 GT/GTi Spider was up against some stiff competition, namely the Aston Martin DB4 Convertible by Touring, the Ferrari 250 GT Convertible by Pininfarina and the Mercedes-Benz 300 SL Roadster. 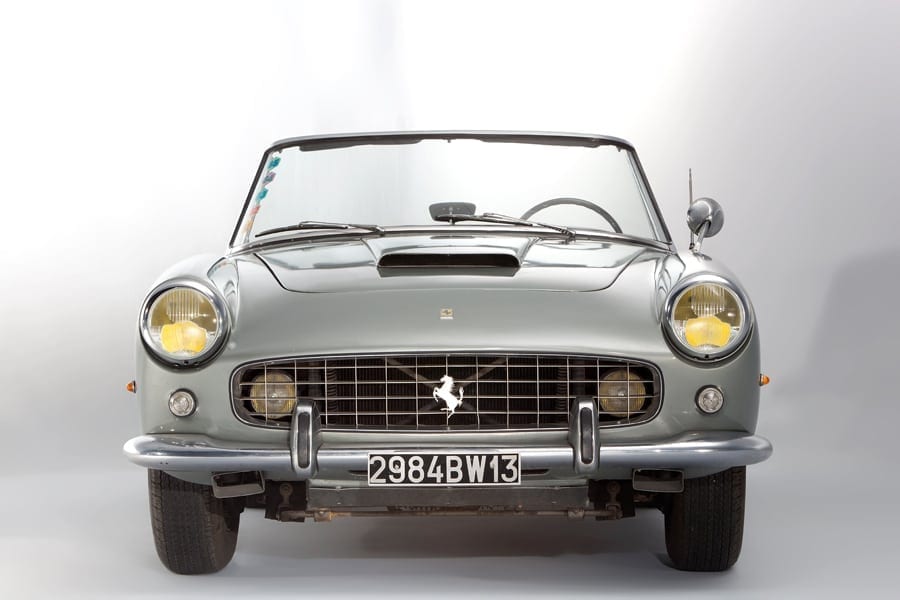 The Ferrari 250 GT Convertible Series II was first presented in 1959. In essence, the Convertible Series II was an open-top version of the 250 GT Coupe by Pininfarina. Its mechanicals were similar to most of the cars in the 250 line. The aluminum twelve cylinder engine had a capacity of just under 3 litres and an output of 240hp, reaching a top speed of about 140mph. Just like the Aston Martin, disc brakes were mounted on all four wheels. Pininfarina made approximately 200 of these two-seater 250 Series II Convertibles.

In 1957, Mercedes-Benz introduced the 300 SL Roadster. The car had a six-cylinder in-line engine with an output of 215hp and a top speed of 135mph. Just like the Maserati, the Mercedes initially had drums brakes, with discs fitted from 1961. Later an alloy engine became available. Only 218 cars had disc brakes and an alloy engine – these are the most desirable today. Up until 1963, Mercedes-Benz made 1,858 Roadsters.

The last 20 years all four models have strongly increased in value but the Maserati has proven to be the least desirable. Until 2012, the Maseratis sold for less than £220,000 at auction, before increasing in value very quickly. In 2015 a record auction price was paid at £900,000 (when converted) but in 2016 £650,000 was the highest achievable price at auction.

The Aston Martin DB4 Convertible was auctioned in far lower numbers. Until 2010 the cars were auctioned for less than £300,000, giving them a higher market value than the Maserati 3500 GT/GTi Spider. After 2010 the value of the Aston Martin DB4 Convertible rapidly increased. The highest auction result in 2015 for this model £964,700 and by 2016 the amount of £1.1 million was reached.

The Mercedes was – for a long time – the most sought after and therefore most expensive Roadster. Steadily the 300 SL Roadster increased in value to more than £400,000 at auction in 2010. In 2014 and 2015 up to £1.2 million was paid at auction, before the price dropped. In 2016 several cars were auctioned for less than a million pounds, with just two selling above the million mark.

While those three open-top sports cars continue to sell at auction for £1 million-plus, the Maseratis have been falling behind.

On paper, all four cars perform similarly. But there is a big difference in production numbers. With this in mind, the Aston Martin (70) should be the most sought after, followed by the Ferrari (200) and the Maserati (242). With 1,858 Mercedes made by far the most cars. Nevertheless, the auction results of the Maserati currently tends to be a third lower than the other three cars.

That the appreciation for the Maserati has lagged behind is influenced by a number of factors. But perhaps the most important factor is the image of Maserati since the 1970s, versus the strong image of the other competing marques. However, with the introduction of a new series of sporty models in recent years, the image of Maserati can only improve. This offers perspective for the Maserati 3500 GT/GTi Spider to catch up in value with the strong performance of these convertibles of Aston Martin, Ferrari and Mercedes-Benz. 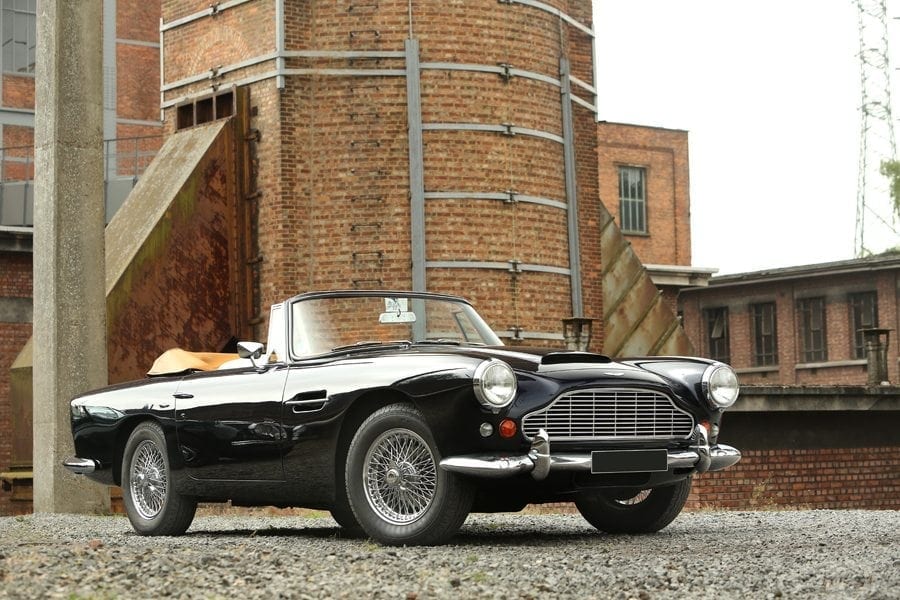 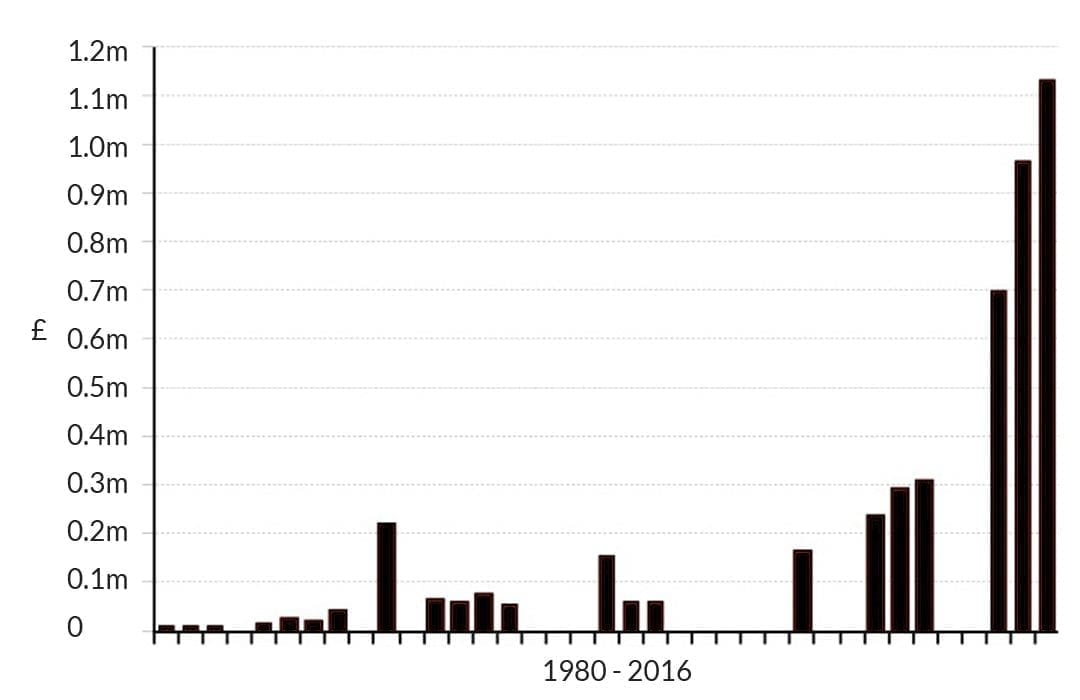 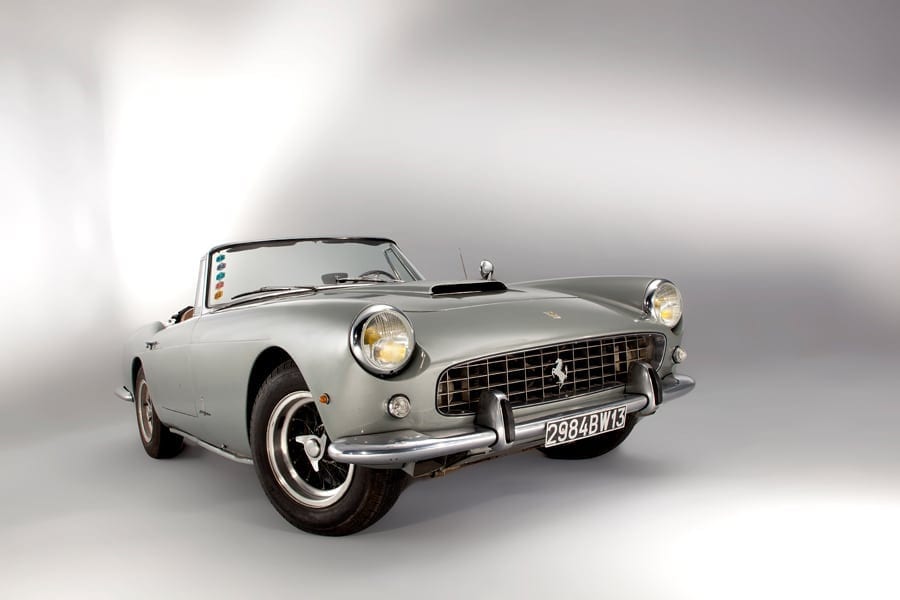 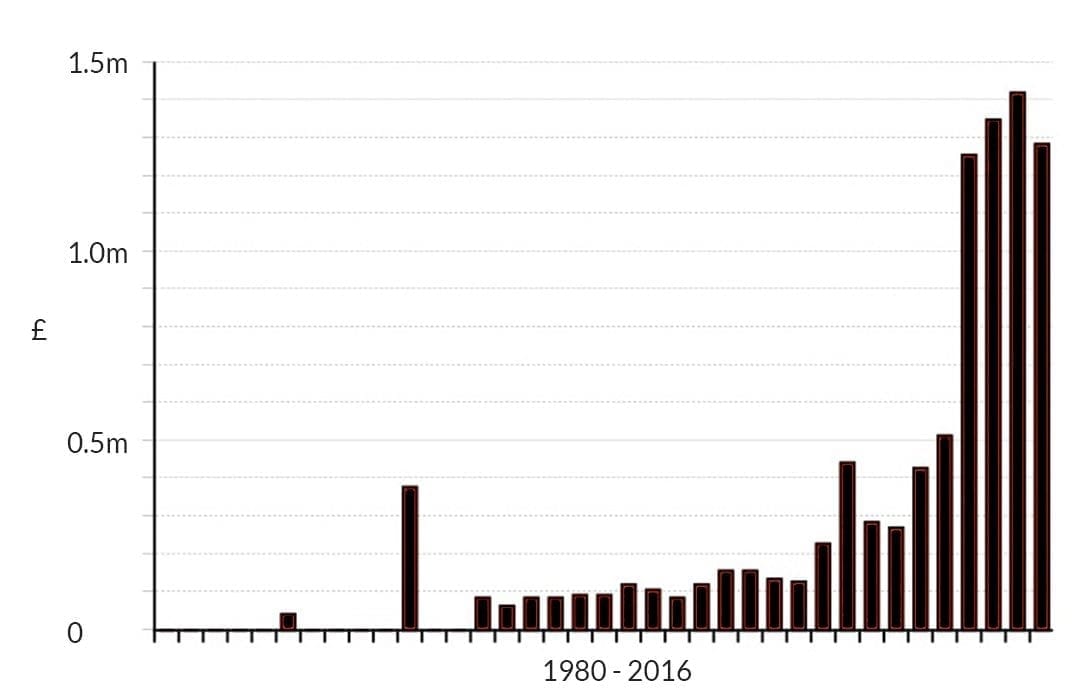 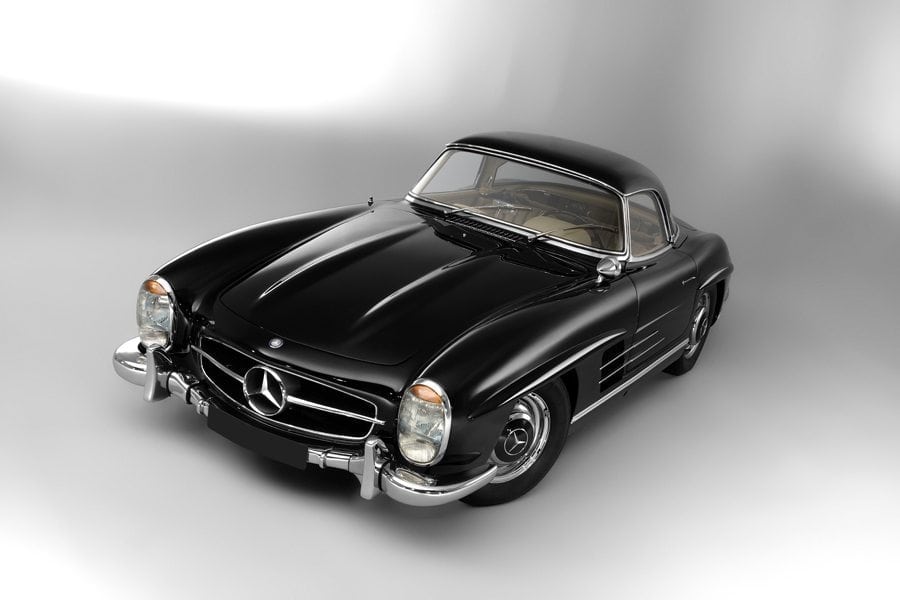 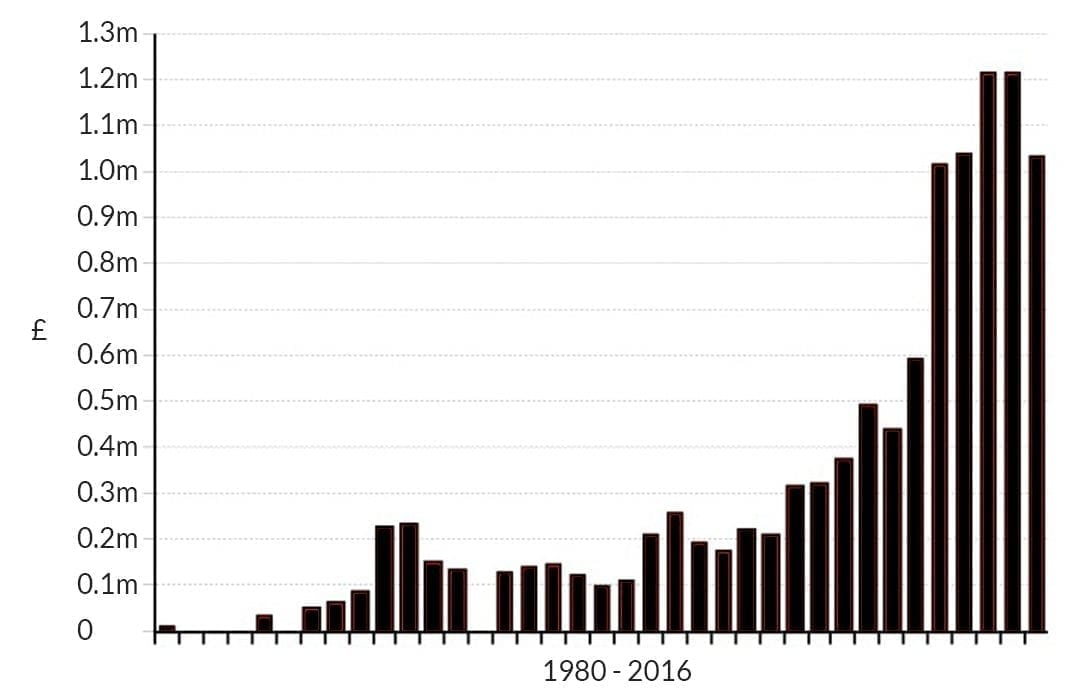 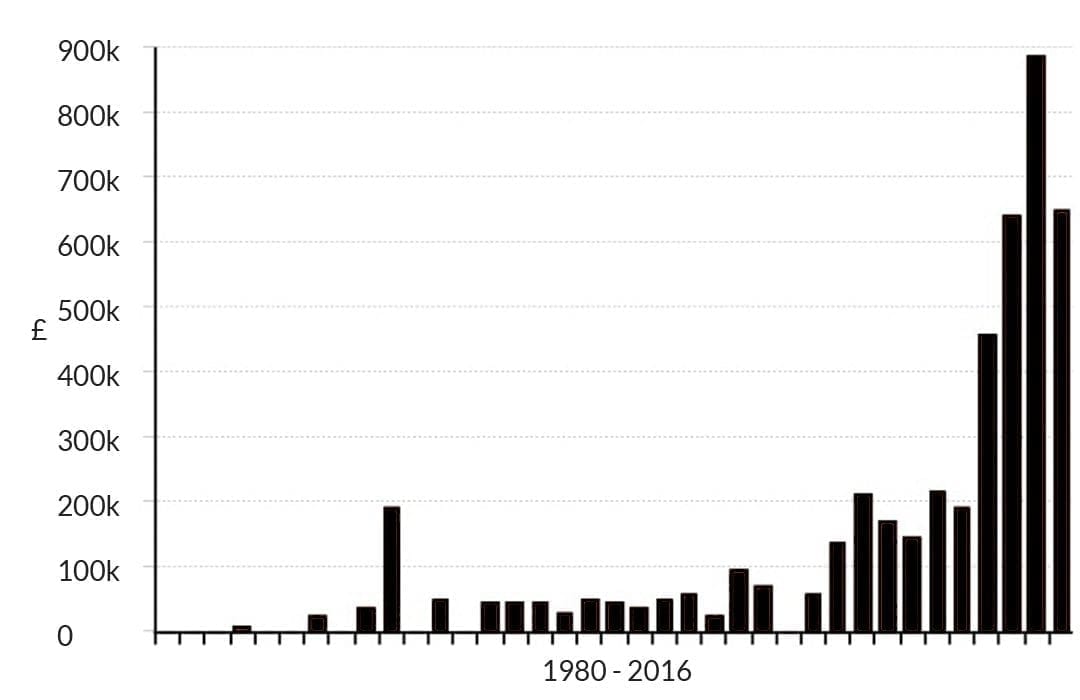 There is an old saying that ‘a Ferrari was for new money while a Maserati was for old money’. It was probably never quite true but the underlying message of Maseratis appealing to a more reserved clientele certainly was. They were cars for those that didn’t want to make an obvious choice.  Maserati themselves rested too much on their racing laurels for reputation and placed little emphasis on marketing GT cars.

And back in the 1960s, outside Italy at least, they were demanding cars to own. There was very little information available, never mind spare parts and therefore it didn’t take many years for them to deteriorate. By the end of that decade, you would have been labelled eccentric to attempt to run one.

Throughout the 1970s and early 80s they weren’t therefore on many peoples’ radars and many of the Coupes died during that period. Spyders always fared better, having led more cossetted lives as most convertibles do and also being much rarer. It wasn’t until the end of that decade that they started being restored. I think that the late eighties bubble in the classic car market did them a great service as even though that bubble burst, Maseratis gained a little momentum then that they never lost.

Of course, Coupes were always worth less and finding a really good one is still a challenge. Most of the cars that had languished in garages for decades have now been pulled out and are undergoing restoration. The cost of that is still pretty much level with the value of the finished car so some care is required when buying, especially in the middle ground. Best of the best is currently around £275,000.

The market for these cars is more alive now than at any time since they were new and that can only mean that values will continue to rise. I am often asked whether they will equal Ferrari or Aston values and I have to say no. Both of those marques are much stronger brands than Maserati but ssssh, don’t tell anyone; the Maseratis drive better…

Andy Heywood. Managing Director of McGrath Maserati, leading UK Maserati specialists. Andy has 30 years of experience with the marque, is a regular Concours Judge and contributor to the Trident magazine and Auto Italia. 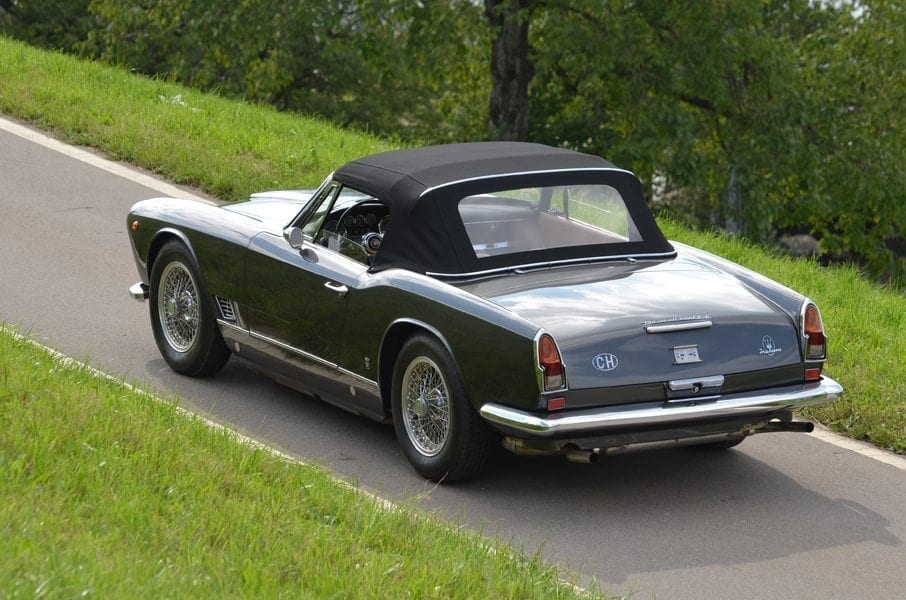 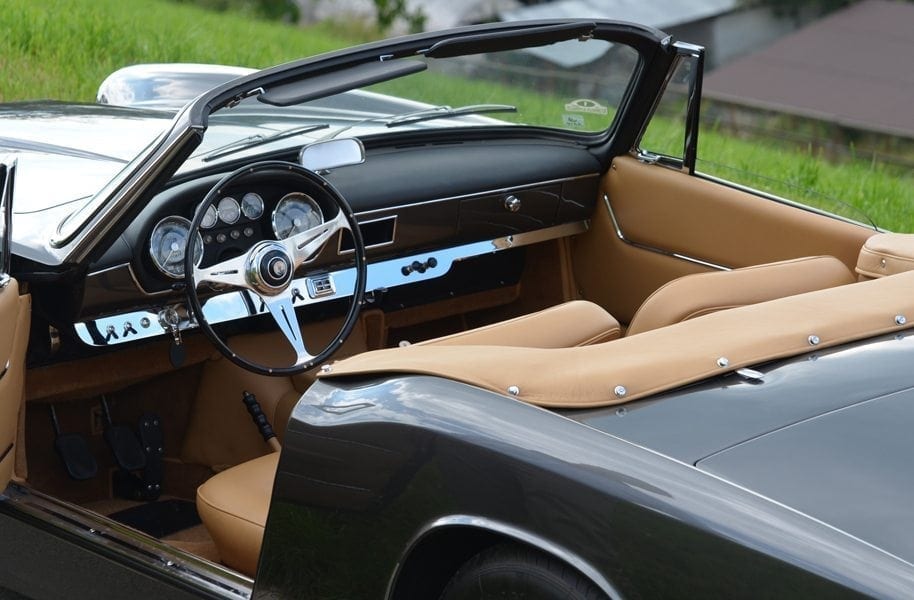