In recent years there’s been a marked trend with increased interest in ‘young’ Porsche models, with a significant number being snapped up at auction. These cars are much in demand and, thankfully for buyers, the market is serving that demand with plentiful supply. For example, in February 2017 the auction houses Artcurial, Bonhams and RM Sotheby’s offered together a total 50 Porsches in the three auctions held in Paris. As a result of this burgeoning demand, the question asked by many collectors is whether the interest in young Porsches is sustainable.

One of the factors that influence the demand for cars is the age of the buyer. Enthusiasts are often interested in the cars from their youth; the cars that they admired when they were young remain forever engraved in their memories. As they were too young (and without sufficient funds), the car remained very much a dream at that time. However, once the means were at their disposal, these enthusiasts could finally buy the car they coveted so much in their youth.

If you want to buy a sports car from the 50s or 60s, you can choose from many brands. English brands include Aston Martin, Austin-Healey, Bristol, Jaguar, MG and Triumph; Italy offers Alfa Romeo, Cisitalia, Ferrari, Lancia and Maserati. If you want to buy a German sports car, your choice is between BMW, Mercedes-Benz and Porsche. Some of these cars were made in series production, others in relatively small numbers.

But if you want to have a sports car from the 70s, 80s or 90s, your choice is somewhat more limited. This is because in these decades there were fewer brands that produced sports cars. Austin-Healey, Bristol, MG and Triumph had expired the production of sports cars, just like Cisitalia and Lancia. Mercedes-Benz made touring cars. In addition, not every brand had in these decades the reputation of making high-quality, reliable sports cars. This was true, for example, of some of the cars made by Aston Martin and Maserati during this period. Because of this, current owners need to take into account the high maintenance costs. That affects the demand. 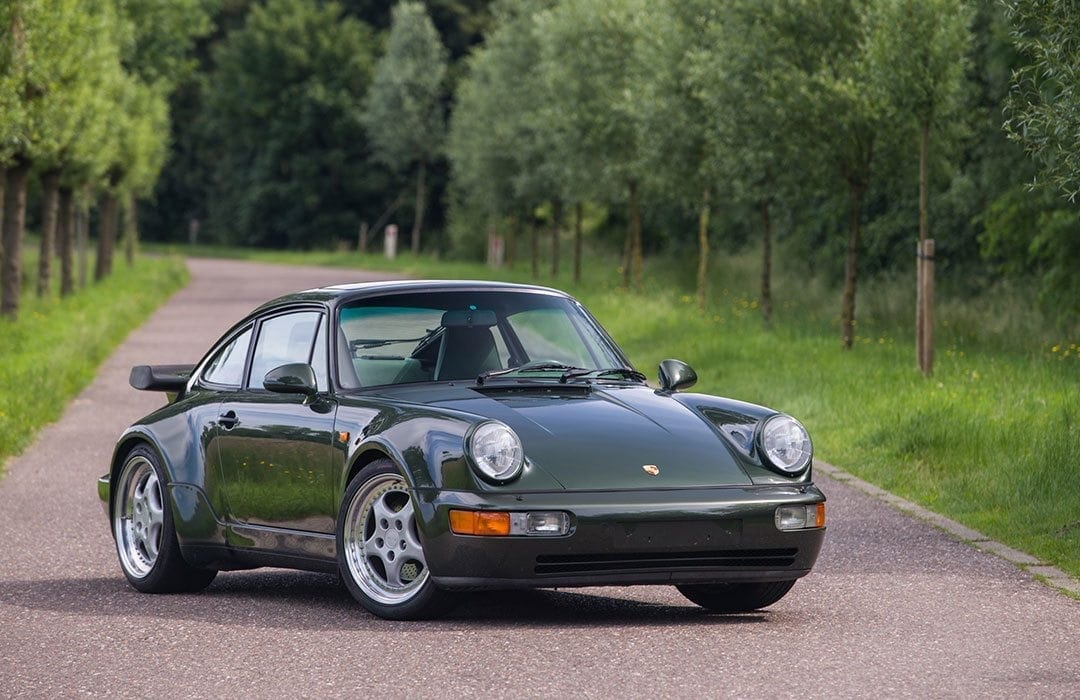 Next we need to consider usability. When we look at the scope to use the sports car for a weekend trip, or even to take it on a week-long tour – including luggage, of course – then there are fewer cars to choose from. As gorgeous as they are, who would want to regularly travel with a Ferrari 512 BB, Testa Rossa or 348 GTB?  Another example is the Lamborghini Countach – the ability to take a trip with this this car is not great! These restrictions do not apply to Porsche’s sports cars. They are not only considered to be very reliable, but also offer excellent usability usages. The difference in reliability and usage (from day-to-day use to longer trips) is reflected in the distances that are being driven with the cars. It is not unusual for a Ferrari from the 70s, 80s or 90s to have seen less than 20,000. For a Porsche from the same period, it’s not unusual for such a car to have more than 100,000 miles on the odometer.

The third factor that plays a role is that the Porsche 911 is an iconic model. Since the debut of the first model at the Frankfurt Motor Show in 1963, Porsche has retained the appearance of the car for more than 50 years. The latest state-of-the-art Porsches still has clear similarities with the original model. Therefore many people have grown up with the iconic image of the Porsche 911, meaning that enthusiasts are now in a position to choose the model of their dreams, regardless of era. A Porsche from 1995 can fulfil the yearning of our youth just as well as a model from 1975. 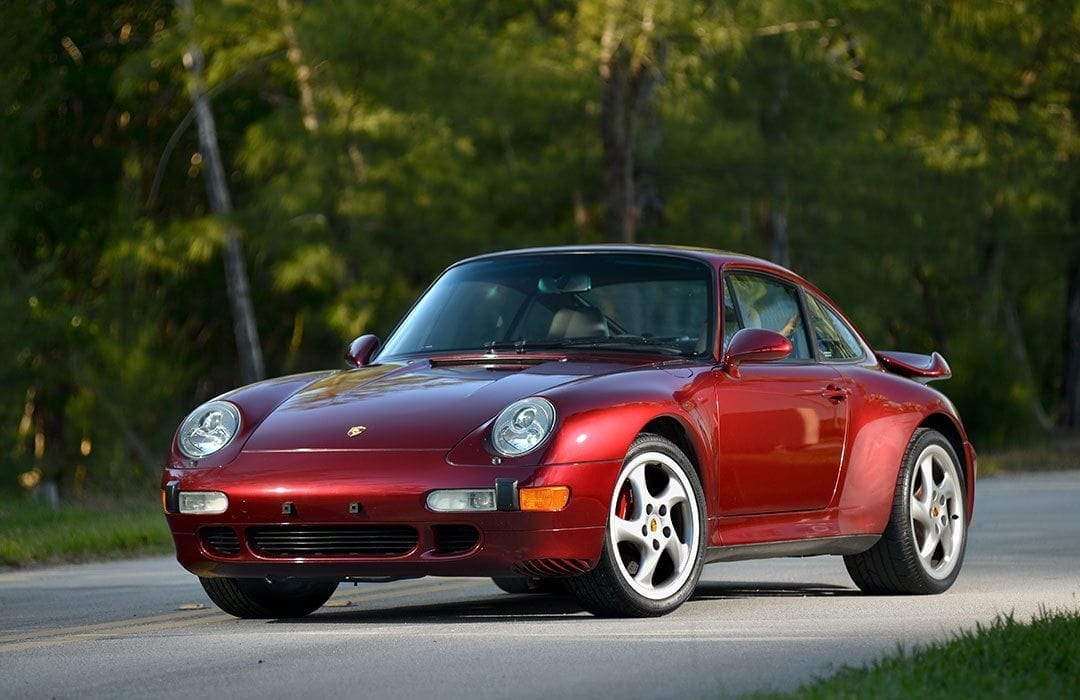 The result of this is that the interest for Porsches has increased greatly… and a result of the increased interest is a rise in prices, especially the most sought-after models and variants that were made in relatively small.  The 911 Carrera RS 2.7 from 1973 is one such car that has realised high prices. Porsche made 1,590 of this variant. In August 2000 Brooks auctioned a 911 Carrera RS 2.7 Touring for almost £30,000. Last year, several cars were auctioned for almost £400,000. In May 2016 RM Sotheby’s auctioned the same model for £480,000. 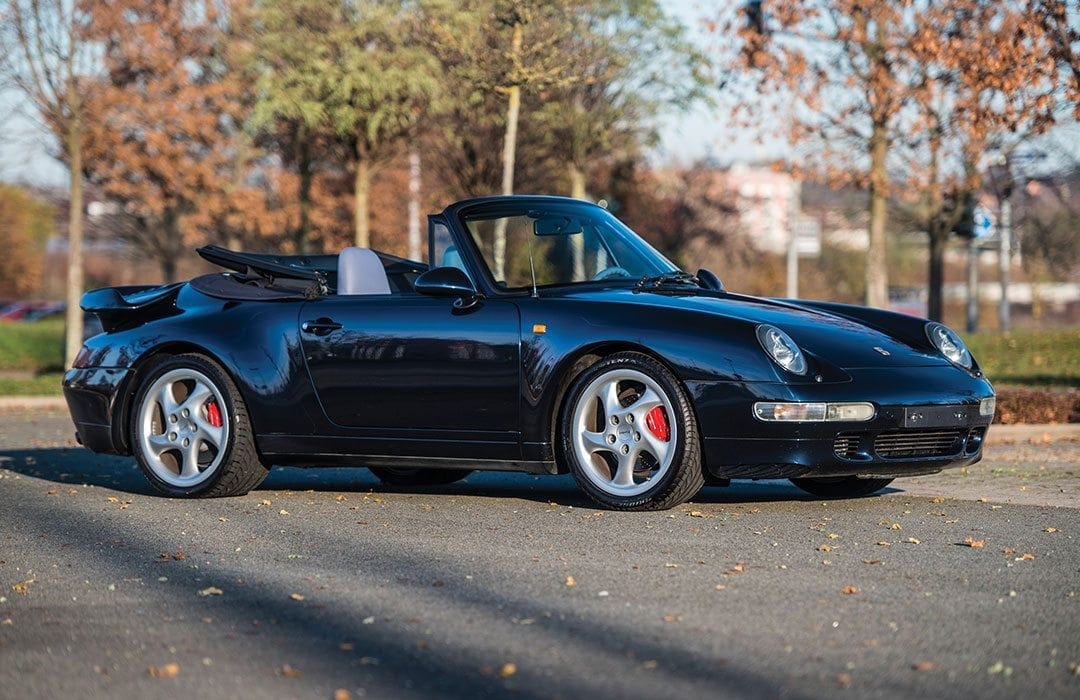 In recent years, classic Porsches were not only purchased by enthusiasts, but also by other interested parties. These cars turned out to be good investments and, naturally, attracted investors who were keen to capitalise on the high potential return. But given the long-term trends and the large number of enthusiasts attracted to the marque, it would not be correct to call the increase of the prices merely ‘hype.’ Although in 2016 there appeared to be some ‘air’ in the price development of certain cars, it is not likely that enthusiasts or collectors will turn their backs en masse on the brand, primarily because there are too few good alternatives offering these levels of usability, reliability and nostalgic, emotional connection. 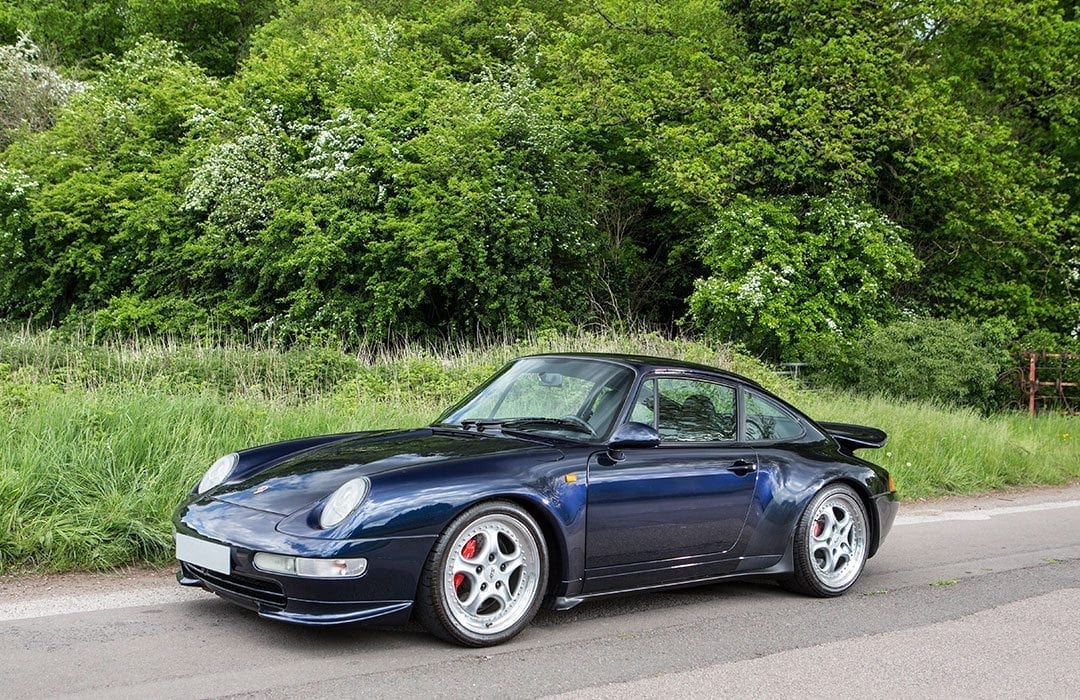 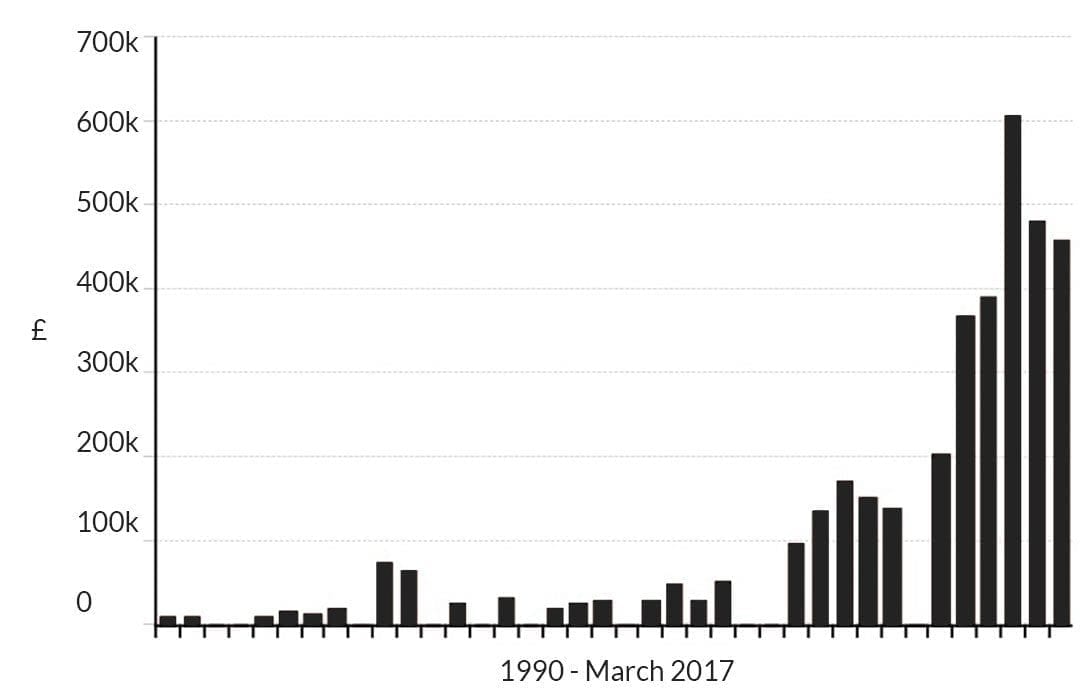 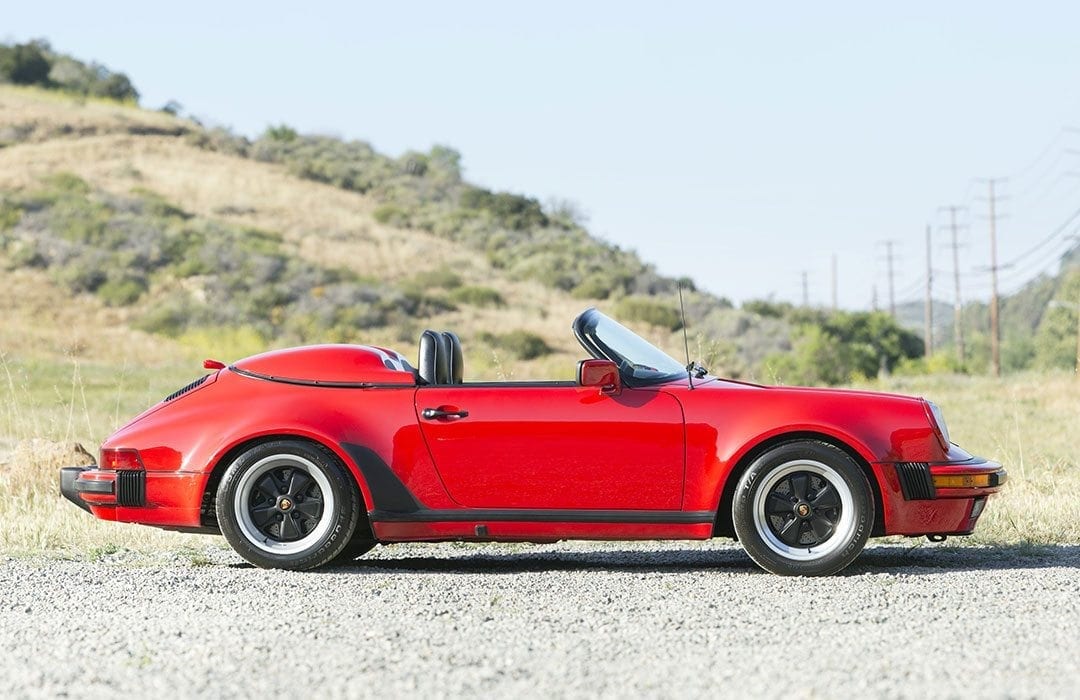 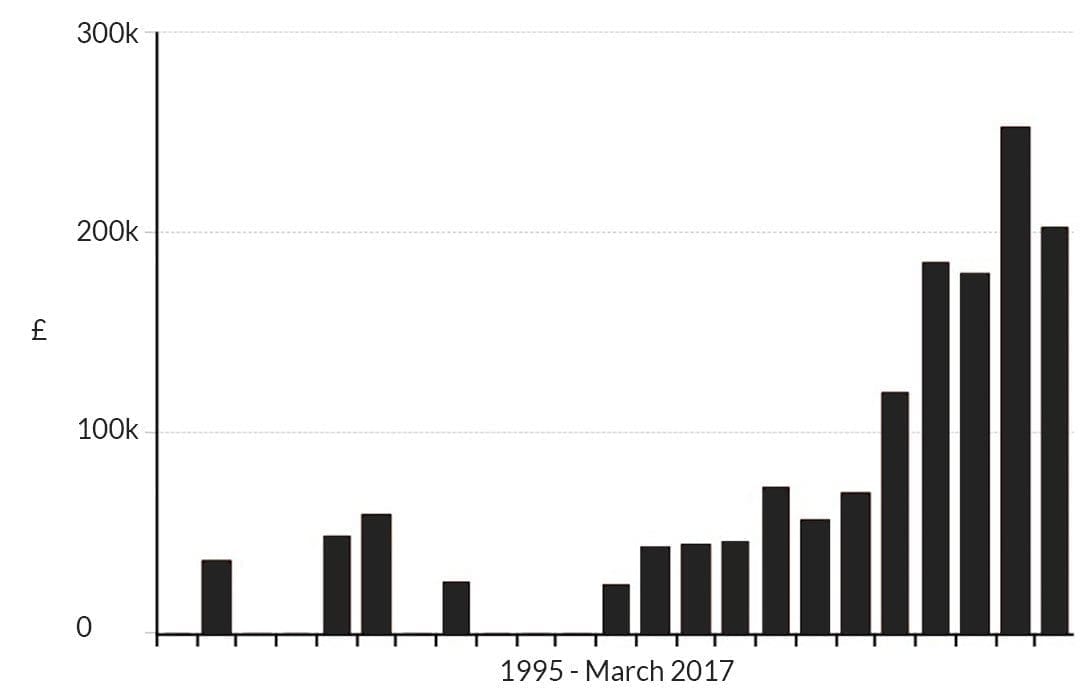 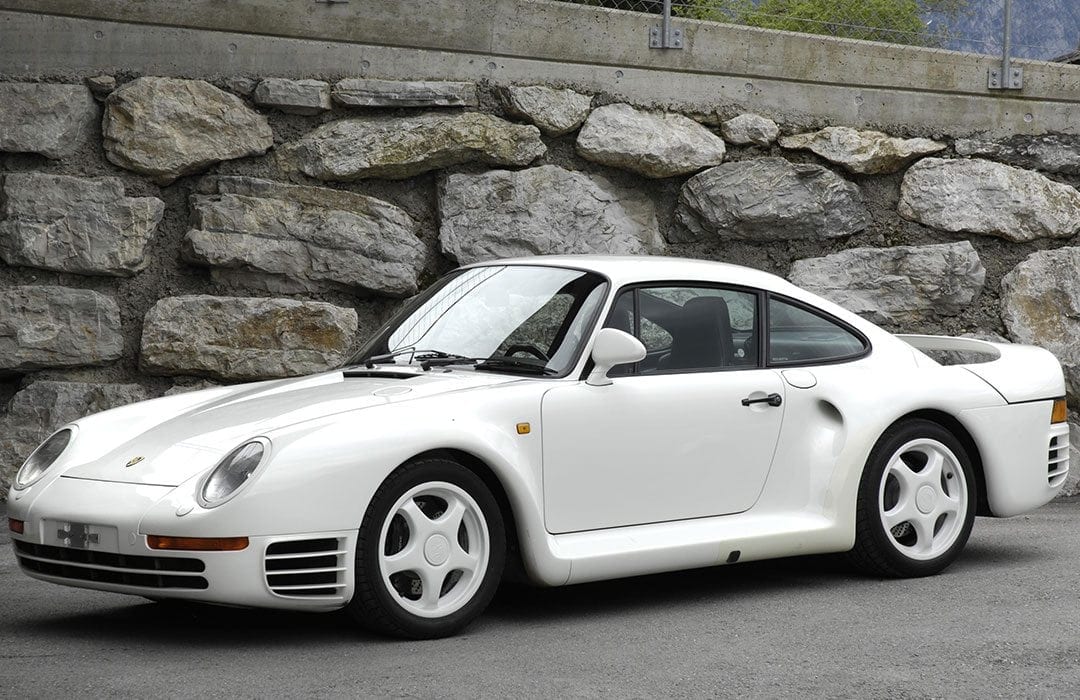 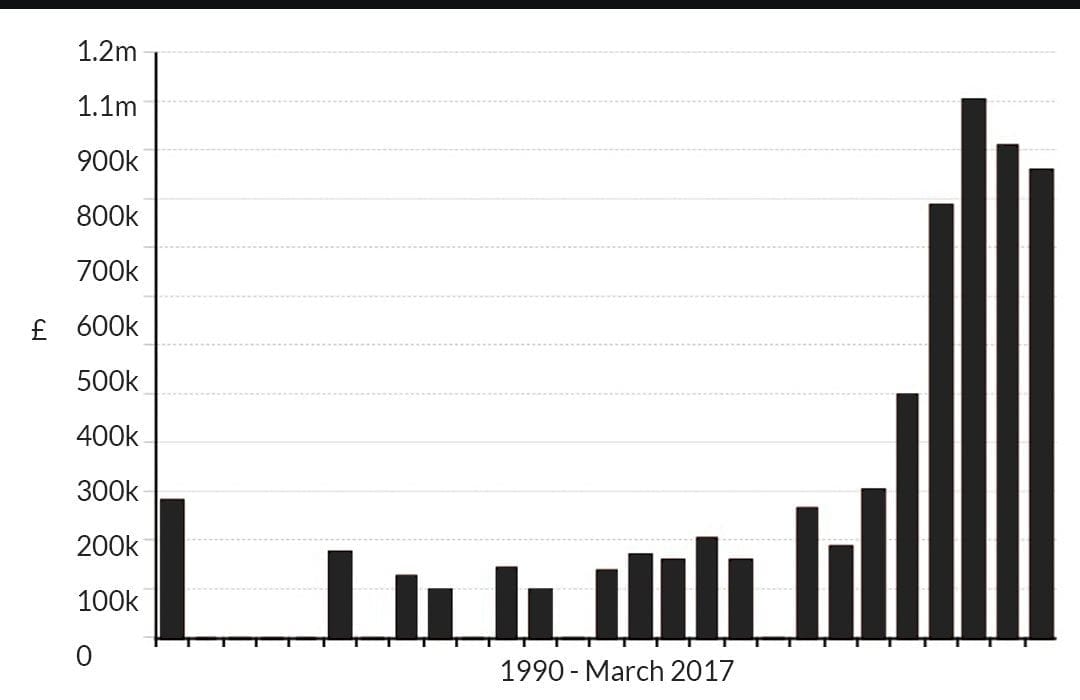 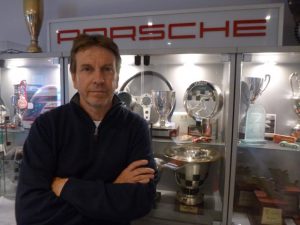 Andy Prill of Prill Porsche Classics believes that buyers should play the long game and not let emotions take over when considering ownership and investment in Porsches.

“Do not confuse value with hype. There is no doubt that an increasing demand from younger buyers is driving prices up but the really high prices are usually limited to a few cars only. At that level the planets need to align and for that to happen you need a motivated buyer, an exceptional car in the the right specification/colour and demand from a number of interested parties which is why those prices are generally achieved at auction.

“It is unwise to buy a car as a pure investment but equally unwise not to have at least one eye focussed on future value so buy a car that you are happy to keep and live with long term. Everything looks good at high tide but as Warren Buffet said ‘you will only see who is wearing the trunks when the tide goes out’

“Money follows markets and speculative investors are good at spotting this and taking the profits as they do not let the emotive aspects of car buying/ownership get in the way of making money. Some speculators will take a loss as and when the market stops rising or takes a backward step but the profits made in the boom will outweigh the loses. If you are a small collector or put all of your money in one car this will likely not be the case so again caution is advised.

“Buy quality and cars that you value and be aware that some poor quality below average cars will get a makeover to take advantage of market conditions so get the car inspected properly.” 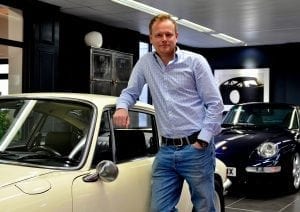 Hexagon Classics’ Jonathan Franklin sees a strong market for the ‘modern classics,’ with the view that – as ever with these cars – provenance and rarity are key.

“The interest in the later model 911’s – the ‘modern classics’ is very buoyant; 40+ year olds with disposable income can enjoy anything with an ‘RS’ or ‘Turbo’ badge from the 90’s up until present and have a lot of fun and sometimes even make a profit – what’s not to like!

“The thing with 911’s is that one goes up in value and then makes another similar look like a bargain – it’s picking the right car at the right time – at the moment I think the 997 GT2 RS and 4.0 RS will continue to rise at the top of the scale and GTS and Turbo S variants should retain their value on the back of them as they look ‘reasonable’ in comparison – and of course are much more affordable.

“Going back a few years I think the ones to look out for are the rare 993’s like the RS Club Sport – seam-welded chassis and manual gearbox – just like the GT2 but naturally aspirated which the purists prefer.

“Going back a bit the 964’s which are non-existent with low mileage are definitely a sleeper – a good 964 Manual C2 (if you can find one) should be secured now! These cars are the first of the useable modern classics that ooze character and are simple, retro and cool – and have a long way to go in my opinion.

“The key is always low number cars and remember if you love it chances are someone else will too – if your reaction is “WOW!” when you first clap eyes on it – that’s the secret ingredient.”