BMW is well-known for its sports and luxury cars. If you are looking for a new or young sporty BMW, you have plenty of choice. You can think of, for example, the BMW Z3, Z8, Z4, a sporty 3-, 5- and 6-series and the M versions thereof. But if you are interested in a classic sports car made by the Munich factory, your choice is far more limited. One of the rare cars you could buy is the BMW M1, a car that is for several reasons very interesting indeed.

Let’s start with two general factors that affect the demand for classic cars. The first one is the image of the factory. Classic cars made by factories that are known for manufacturing sporty and/or number one cars are popular among enthusiasts – the image of the factory shines on the classics. The second factor is that the buyers of a modern sports car may also be interested in a classic sports car of the same make. BMW scores well on both counts. The factory has a strong image, is active in the sporty and the higher-end market segments and also sells cars in large numbers. One could therefore conclude that there should also be a lot of interest in the classic cars made by BMW.

But then there appears to be a problem. Until some 30 years ago, BMW had not produced many special cars. If you’re interested in a special post-war classic car made by this German factory, your choice is limited to just a few models. In the 1950s the factory made the BMW 503 Coupe and Convertible and the 507 Roadster. In the second half of the 1950s and in the 1960s the factory survived thanks to the production of smaller models. In the 1970s BMW got back on their feet. In this time the 2002 Turbo and 3.0 CSL appeared; both were faster versions of standard models. Later, faster and rather more special models such as the M3 and M5 had the body of a normal 3- and 5-series as a base. The BMW M1 on the contrary, was a specially designed model.

When BMW laid its new foundation as a manufacturer of fast and luxurious cars in the 1970s, the factory entered the market in which Mercedes-Benz was active. With the development of a special sports car, the factory wanted to release a successor of the 3.0 CSL. The idea was to develop a car that would enable BMW to compete with Porsche in Group 4 and Group 5. To take part in racing, BMW had to make at least 400 cars. The M1 was developed by Lamborghini and the bodywork was designed by Giorgetto Giugiaro, however due to financial problems at Lamborghini the project was delayed. Meanwhile, the FIA changed the contest regulations, whereby the M1 would not be eligible for races BMW had intended. Instead, the M1 racing cars participated in Procar races in 1979 and 1980. The BMW M1 was not developed as a sports car, from which a race version was derived. Instead, the Executive Board of BMW had a racing car built, from which a tamed version for use on the street was derived.

All three cars have piqued the interest of enthusiasts but the differences in availability are great. Porsche made more than 18,000 of the 911 Turbo 3.3. By contrast, just 900 Ferrari 512 BBs were built, and of the later 512 BBi 1,000 were manufactured, making a total of almost 2,000 cars. In contrast to these numbers, BMW produced only a small number of the BMW M1. The Munich company made 399 street versions and 56 race versions of the M1, a total of just 455 cars. Partly due to the differences in the availability, the price development of these three cars differ from each other. The bar graphs on this page show the BMW M1 and Ferrari 512 BB.

Around the year 2000 the Porsche 911 Turbo was offered for far less at auction than in recent years. Back than, the prices of the Porsche were not very high, with well-maintained cars auctioned for less than £15,000. Only recently has the interest significantly increased. In 2015, some examples were auctioned for almost £190,000 but since then, the prices at auction have not surpassed this amount. The Ferrari 512 BB shows a different development. Because it is a Ferrari, it was naturally a better known model in the auction scene. Between 1995 and 2000 the best cars were auctioned up to around £34,000. In August 2015, RM Sotheby’s auctioned a 512 BB for £299,000, an amount that has yet to be exceeded at auction.

The prices of BMW M1s have enjoyed a similar development since the year 2000 – almost tenfold. The BMW was, however, throughout the years more in demand and was thereby on average more expensive. In 2000 the highest auction result of a BMW M1 was just over £46.000. In August 2016 RM Sotheby’s auctioned such a car for £440,000. It should be noted that the BMW was not sold often at auction, typically just one or two per year. In fact, the car is still not offered at auction very frequently. You will not find a BMW M1 in the August 2017 catalogue of Bonhams, Gooding & Company or RM Sotheby’s. An exception was the year 2015, in which five cars were sold at auction.

Beside all the positive aspects of the BMW there is one point of criticism. The headroom is limited for drivers taller than 1.8m. That said, in comparison with the Ferrari and the Porsche, the BMW is the car for which enthusiasts want to reach the deepest into their pockets. Given the rarity of the M1, that is not surprising. In addition, the mid-engine BMW is considered as one of the most unique sports cars from the epoch. And if you want to collect a classic sports car made by BMW, you, in comparison with Porsche and Ferrari, do not have much to choose from, now or in the future. 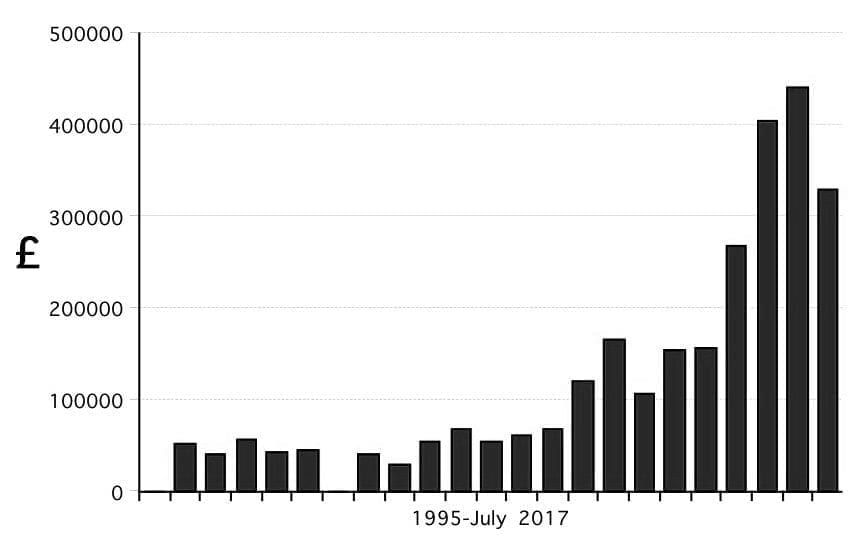 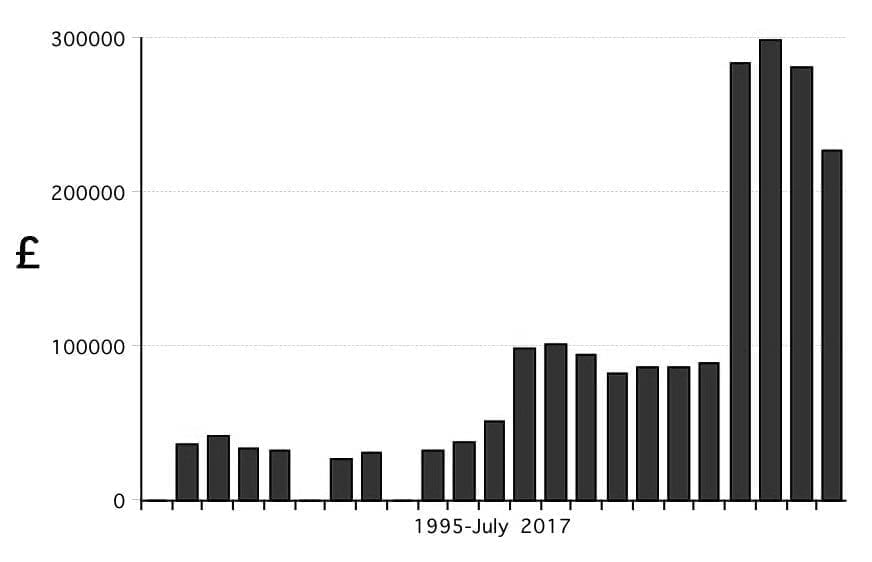