Part of what makes up the complex identity of the supercar is its exclusivity, a factor driven not just by design or performance but by the sky-high ticket prices that come with the territory. It’s the least glamorous piece of the puzzle, but it’s a vital one. In recent years, however, the script has been rewritten. Over 90 percent of new cars bought in the UK in 2019 were acquired through finance. It’s the way we now live. All the more so in the sphere of the supercar.

Someone who knows the ropes as well as any when it comes to financing fast metal is Supercar Driver member and lifelong car lover Robert Steele. We met Robert at his home near Northampton to discuss the challenges of buying and owning automotive exotica, the pros and cons of different financing arrangements and the conflict between preserving and using your pride and joy.

“As a regular on SCD’s trackdays and driving tours, Robert will be familiar to many members already. He has owned a pair of Cayman GT4s, various Ferrari 458 and 488s and a 911 GT3 RS, all driven regularly and as their makers intended.”

At 33 years old, Robert is the director of a leisure company specialising in caravans and marinas, and has nurtured a love of cars since an early age. ‘I was 18 when I got and Elise,’ he recalls, ‘and by the time I was 20 I was in a Midnight Blue 996 Carrera 4 – that was a beautiful car. Then I had a little bit of a break buying houses, but in 2013 I bought a Cayman S and that just reignited everything. That car was amazing and I wish I still had it. But I’ve had a lot cars since.’

As a regular on SCD’s trackdays and driving tours, Robert will be familiar to many members already. He has owned a pair of Cayman GT4s, various Ferrari 458 and 488s and a 911 GT3 RS, all driven regularly and as their makers intended. Today the garage has grown to accommodate four cars full time, and alongside the 911 sit a Mercedes AMG GTR, a McLaren 600LT and most recently a 488 Pista. It’s a houseful, and an enviable one. But there are ways and means to building up such a fleet, from leasing directly from the manufacturer to arranging private finance, and Robert has sampled the virtues of most of them. 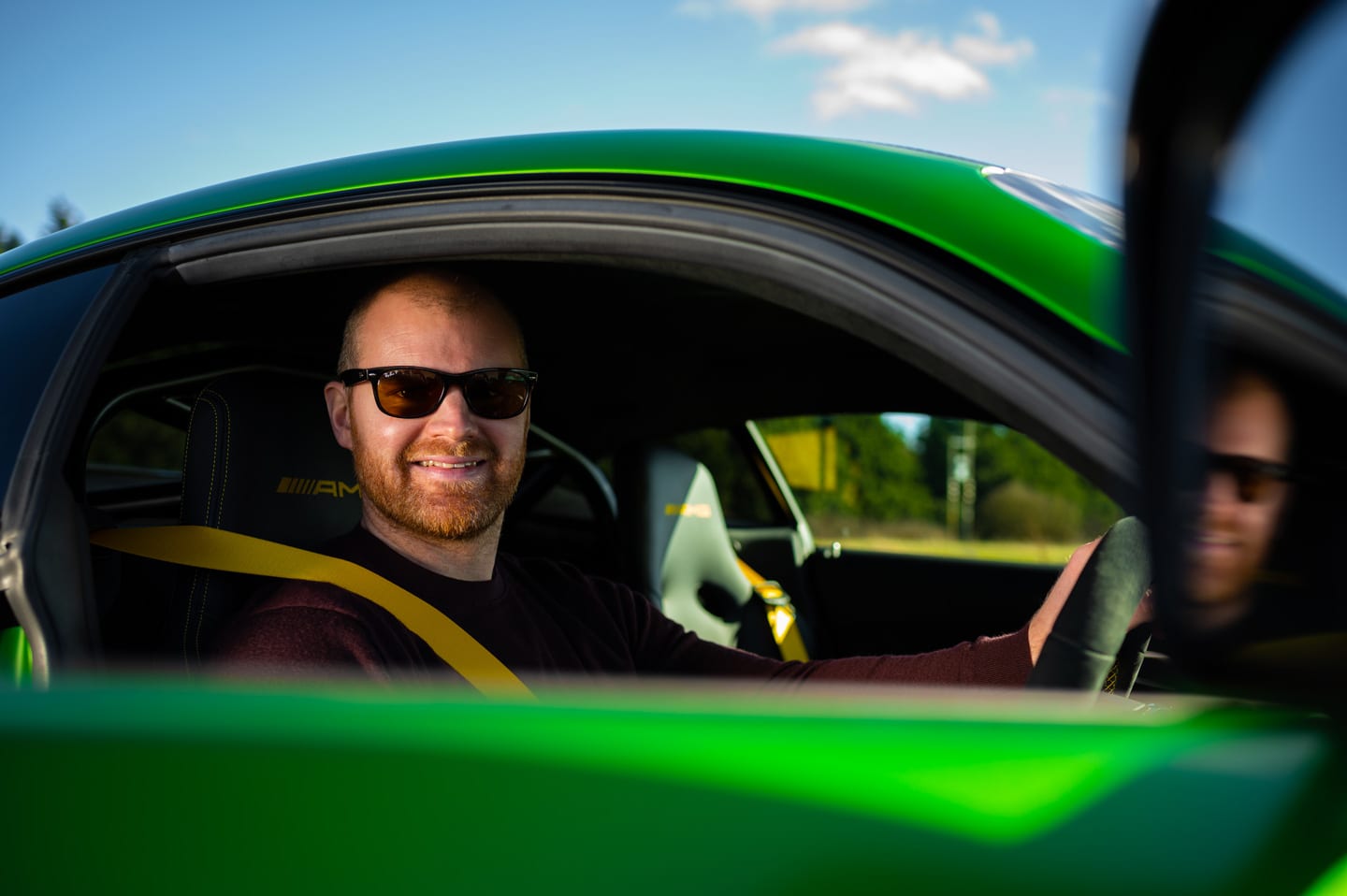 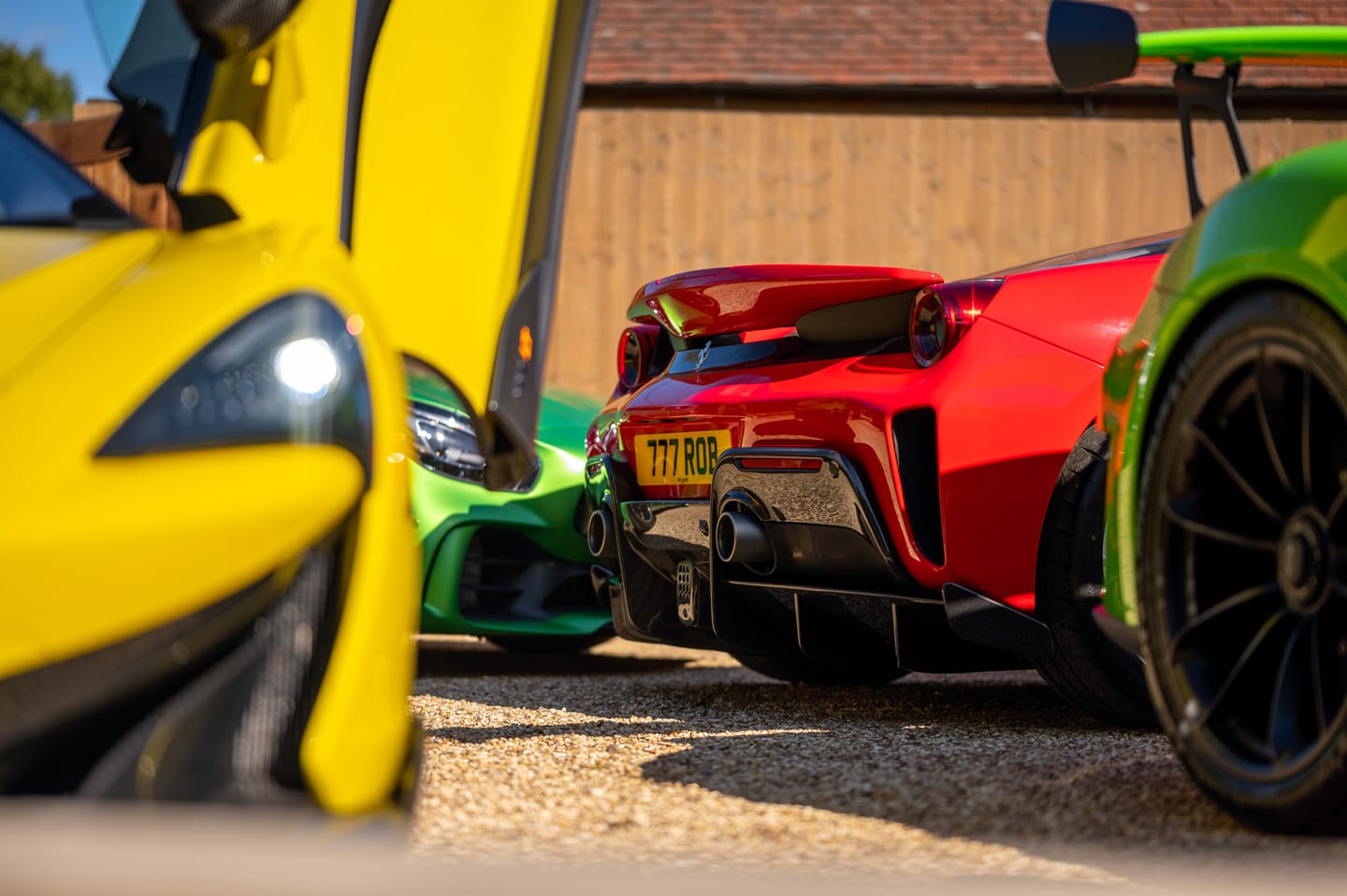 The GTR Robert bought used, and financed the purchase with JBR Capital. It’s an approach that offers a great deal of flexibility when you don’t want to commit to a single car. ‘I love JBR,’ Robert says, and we promise we didn’t pay him to. ‘They make it affordable to have a few cars because of the good balloons they offer, a lot better sometimes than the manufacturers. And they’re very quick and easy to deal with. They know the cars and they know what’s going to hold its value. If you talk to them about a GT3RS for example, they know straight away those cars are still going to be good news in two to three year’s time.’

Understanding what’s going to serve you best as an ownership proposition, and what you should probably be leasing, is critical. ‘With something like the 600LT, you’re better off financing through McLaren itself because they’ll give you a guaranteed future value. In three year’s time that car will probably be worth a lot less than that figure, but McLaren is having to do it to move its cars.’

“The other cars are used less frequently, the GTR whenever a bit more comfort is key, while the GT3 RS has made itself a fixture of Silverstone and Donington Park. The Ferrari is currently being preserved for shows.”

The other cars are used less frequently, the GTR whenever a bit more comfort is key, while the GT3 RS has made itself a fixture of Silverstone and Donington Park. The Ferrari is currently being preserved for shows.

‘I’ve only just bought my Pista, and I’ve wanted one ever since they came out. I got a very good deal on it – paying list price is quite unusual for a special car like that. But we’re in a funny time. If you can afford to buy it’s a good time, but I wouldn’t want to be selling one at the moment. There’s been a lot of over-supply of supercars in the last five to ten years, and while it’s still a niche market, there are a lot more cars out there, which is why prices are being effected.’ 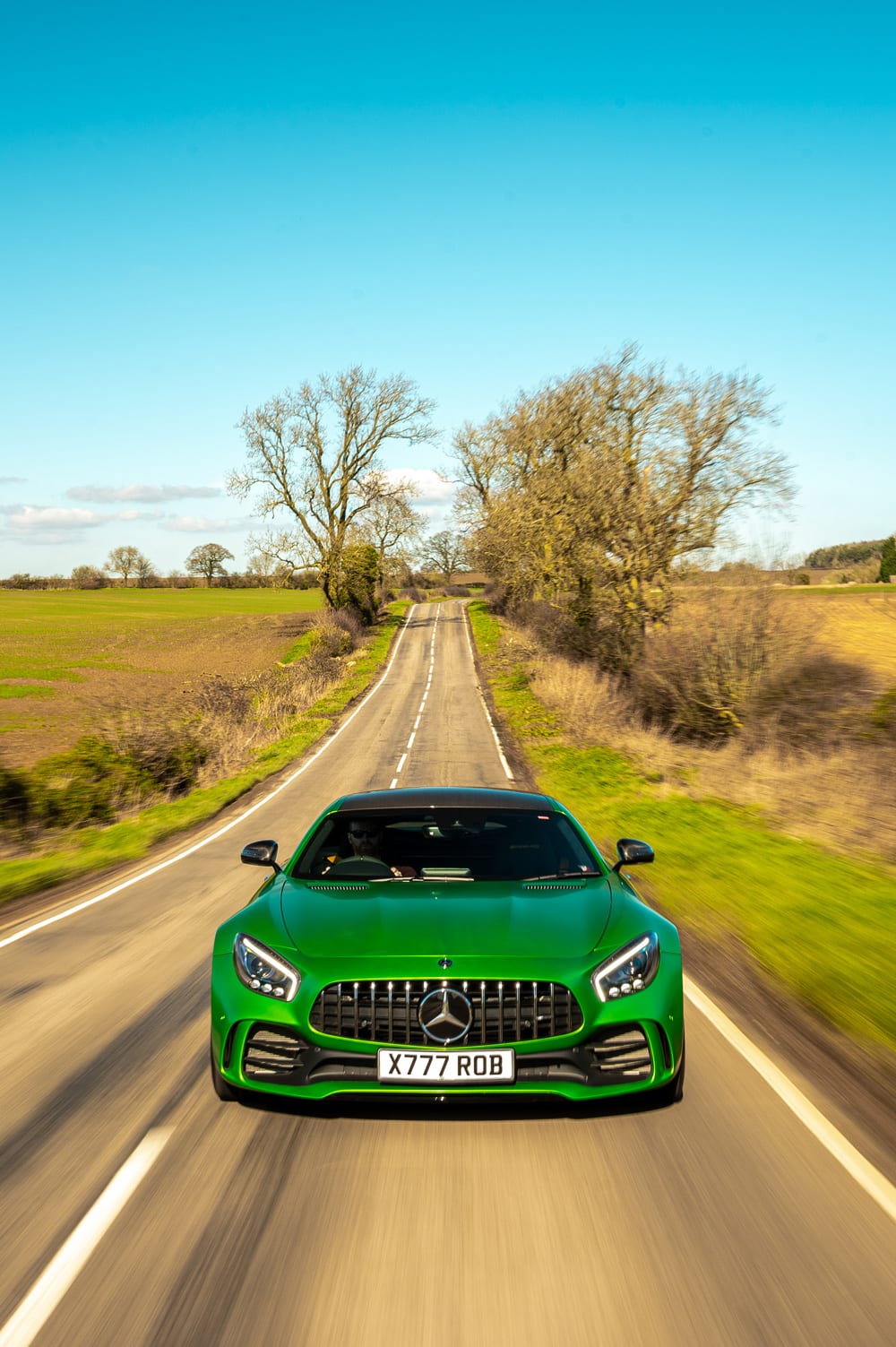 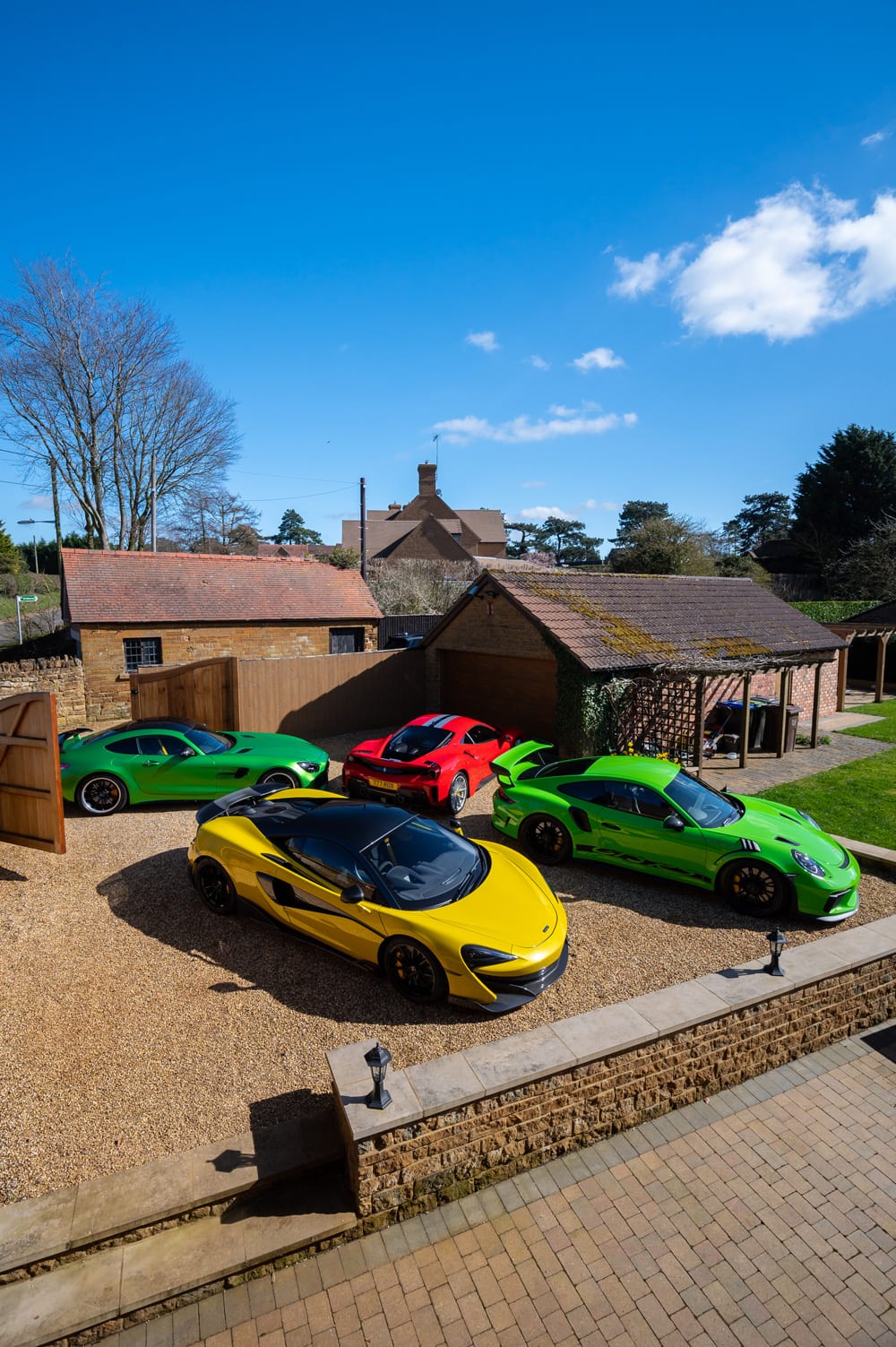 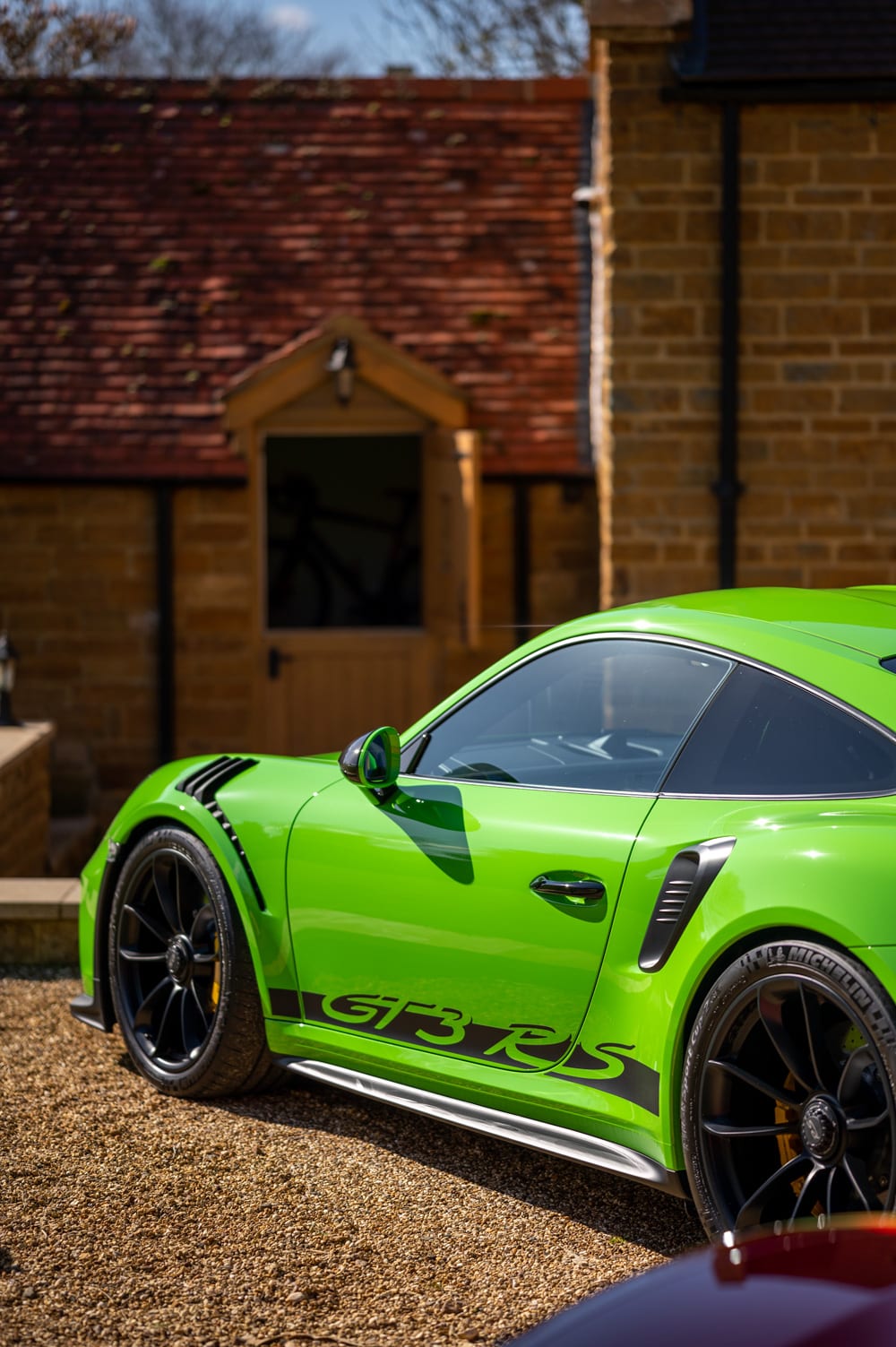 This ramps up the perennial conflict for the committed supercar owner between really using a car and preserving its value. ‘In this day and age,’ Robert concedes, ‘there are some who really keep the miles down, which is a shame really as you’ve got to get out and use these cars. And it’s when they sit that you start getting problems.’

How you choose to fund your passion inevitably has a bearing therefore, as Robert’s own plans illustrate. ‘I don’t envisage changing my cars so often now. The GT3RS I’m going to keep. And ever since the Pista launched that’s always been a dream, so I love those two cars. But the McLaren gives you a different train thought. Normally you have to be so conscious of the mileage and looking after it, but you’ve got 12,000 miles for the LT and you know you’re giving it back, so you feel like you should just go and enjoy it.’

Which is something Robert continues to do with SCD. ‘I’m going on the Wales Tour again this year which is lovely. I did it last year and it was amazing. To have 20 or 25 supercars all together on these very quiet, open roads, with like-minded people and the sun shining, that was the best feeling for me. You don’t have to do far to enjoy yourself either. There’s nothing better than Scotland or Wales, or even the Cotswolds. And I’m only 15 minutes from Silverstone, so I can go to a trackday there in the morning and be back at work in the afternoon.’ 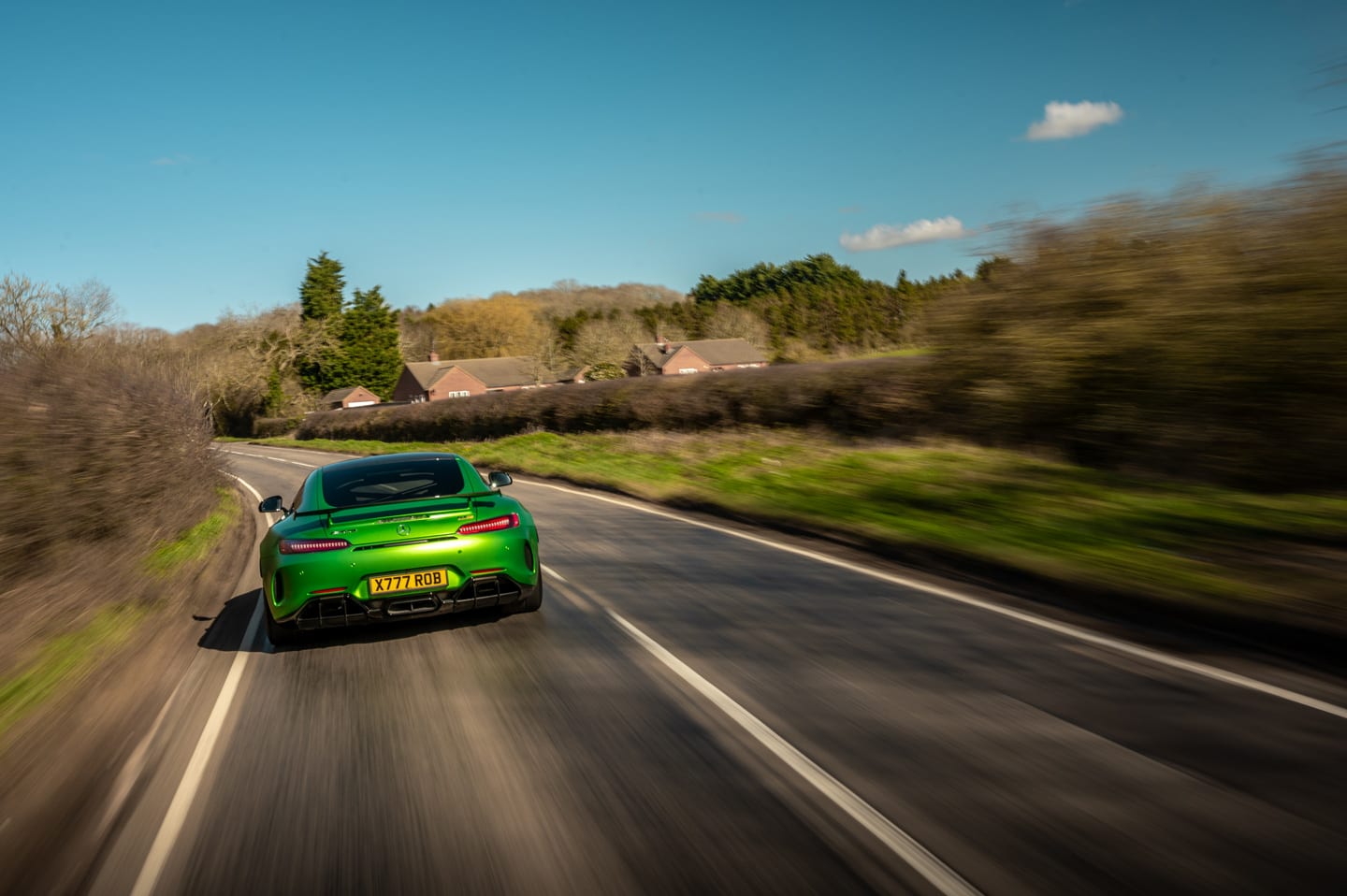 Robert admits that becoming a member of Supercar Driver has changed his whole approach to his cars, from the way he buys them to how he uses them. ‘Before, I’d just be going out on my own and jollying along, and I wasn’t involved in trackdays. Now, it’s great because I get to use my cars properly. The only downside of Supercar Driver is that I’ve bought more cars, because of the different events and the way I use them. But you feel a part of something, and that’s nice. You have a reason to head out.’

Being able to finance supercars has enabled Robert to build up an impressive fleet of road and track tools, each fulfilling different briefs. He has the direct line to an adviser at JBR Capital, who he has dealt with personally since taking out his first finance package. ‘The thing about JBR is once they know you, you just ring them, tell them what the car is and in a couple of days it’s done. Having that relationship is fantastic.’ (We didn’t ask Robert to say that either, but we like to think it’s true.)