If you’re considering purchasing a Porsche 918 Spyder, talk to us. We are Porsche finance experts, and can put together a bespoke, flexible arrangement to suit your financial circumstances, your car, and your future needs.

Our personal service means that we can take into account many more factors than a high street lender – for instance the car’s true residual value, other assets you may own or your business situation – and come up with a fast decision and a plan to suit you. We often offer lower payments than other lenders, and we can offer finance to clients who may be turned away by the computer-driven checklists of other companies. So contact us about finance, either before you start hunting for the perfect Porsche 918 Spyder, or after you’ve decided on your dream car.

918 SPYDER: A PORSCHE FOR THE FUTURISTS

Like the 959 before it the Porsche 918 Spyder feelslike the future of supercars.

Blisteringly fast*, it achieves this with the very latest technology, rather than just brute force horsepower. Classed as a plug-in hybrid, it combines a V8 petrol engine with two electric motors, one for each axle, giving it surprisingly good fuel economy for a vehicle with a 210mph top speed.

The Porsche 918 Spyder is without doubt a highly advanced car, with its carbon-reinforced plastic shell, its electro-mechanical brakes and with all the environmental creds you could hope for. But it’s also shatteringly fast and very beautiful indeed – to see one is to want one.

Being a Porsche, of course, it makes very few compromises in its quest for speed plus economy; while it has a short-range electric-only mode, in hybrid setting its battery is charged both by regenerative braking and the petrol engine, giving it a highly useful 400+ mile range on a full tank, while emitting less carbon dioxide than most small hatchbacks.

Porsche 918s are rare, though we have funded one and are in the process of others (as of August 2017). They do come up at auction and if you do one they hold their eye-watering price tag. A great investment opportunity. If you can see one of these Porsches in your garage, we may well be able to fund one of these superb cars far more reasonably and easily than you imagine. Just get in touch for a personal consultation with one of our expert team. 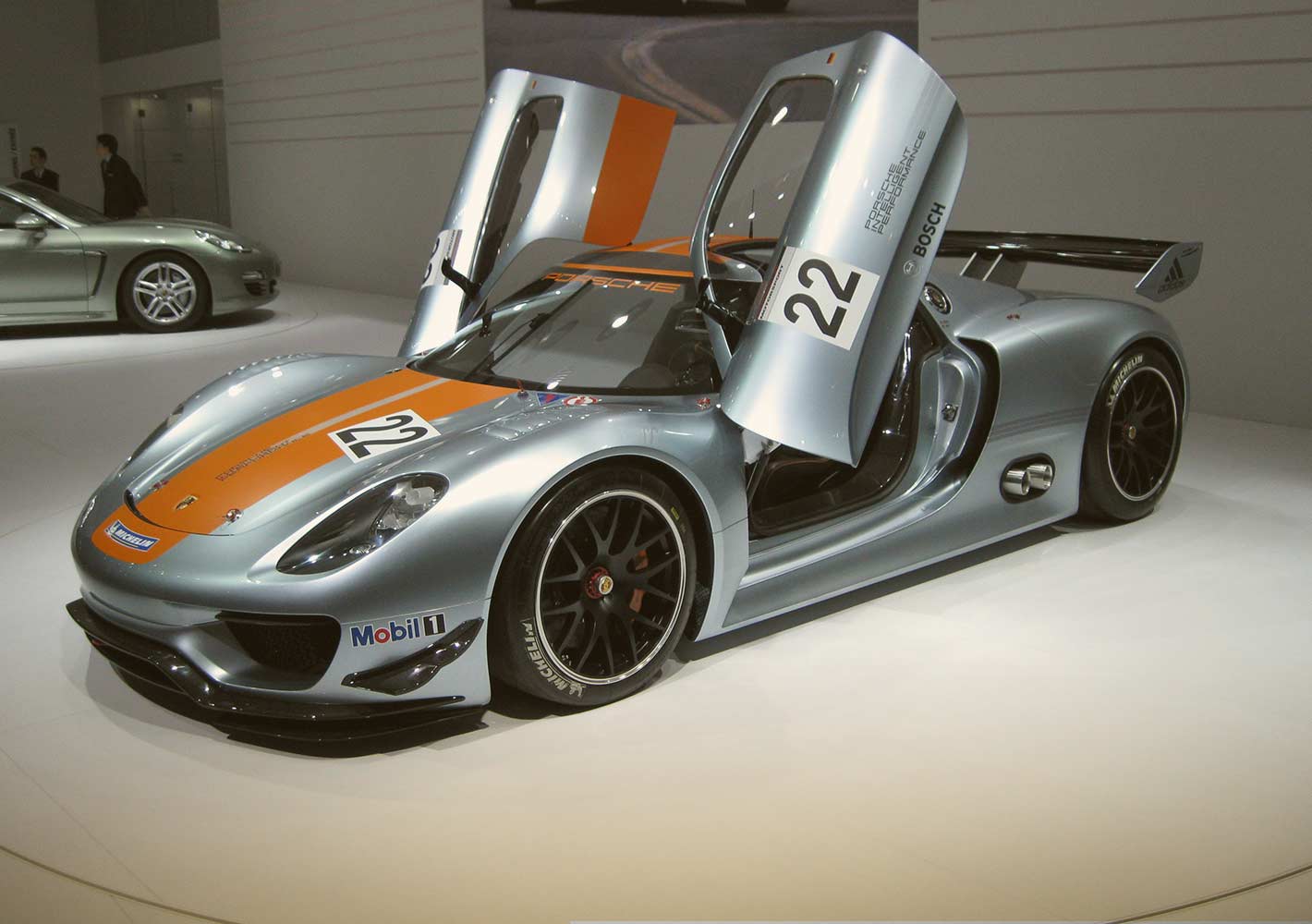