Bespoke finance for your Porsche Cayman

Owning a Porsche is a very special event in your life and your first one is always the most memorable. Fitting then, if you make that first Porsche the awesome Cayman model and get your original experience in a car that has blown the motoring press away. If you see your motoring aspirations driving towards a Porsche Cayman, we have the affordable finance to help you realise your dreams. With flexible packages to suit every circumstance, you will be able to find a tailor-fitted finance package that fits around your lifestyle and makes owning a classic like the Cayman easy and affordable. The Cayman is a future classic and if you dream of being behind the wheel of one of these iconic cars, we have the finance options available to help you make it happen. 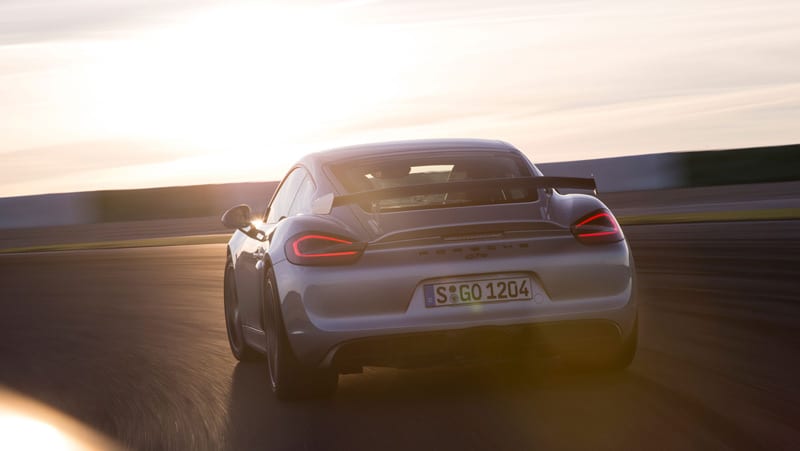 When the Porsche Cayman first hit the general market in 2012, there was a real feeling that this was a car that would bring owning a Porsche closer to the classic Autobahn-owning 911 model than any other. Lower, sleeker, and generally more gorgeous than the older Boxter model, the Cayman grasped the spirit of driving and made it its own. Available as either the four-cylinder 718 model or the more powerful 981six-cylinder, the Cayman comes with either an auto or manual gearbox and is already being considered as a future classic in any of its liveries.

The standard Cayman sports a 2.0-litre engine that delivers 296bhp and 280lb ft of torque, while the sportier ‘S’ version has a wider bore which pushes the capacity up to 2.5 litres, and produces 345bhp and 310lb ft of torque between 1,950 and 4,500rpm. Either of those packages translates into a stonking drive on the road, and some truly memorable corners. If that’s not enough for you, there’s the top-spec GTS model too which uses the same 2.5-litre engine as the S version but is boosted to accelerate even more smoothly and consistently.

The 718 version of the Cayman will reach 0-62mph in 4.9sec with the optional seven-speed PDK automatic gearbox or around 5.1sec with the standard six-speed manual gearbox, while the S model reduces that to around 4.4sec. Both engines pull well once the turbocharger starts to kick in at around 2000rpm, but get the revs above 3000rpm and you’ll experience hugely potent acceleration right through to over 7000rpm.

Off the shelf, the Cayman comes with electric windows, air-con, 18in alloy wheels, xenon headlights and part-Alcantara seats. The ‘S’ model adds 19in wheels, while the top range GTS model comes with discrete styling upgrades, 20in wheels, lowered adaptive suspension, a limited-slip differential, sports exhaust and the Sports Chrono Pack.

All indications are that the Cayman will remain a desirable car, so its value stacks up very well against rivals such as the F-Type Jaguar, and is likely to hold onto its classic status. 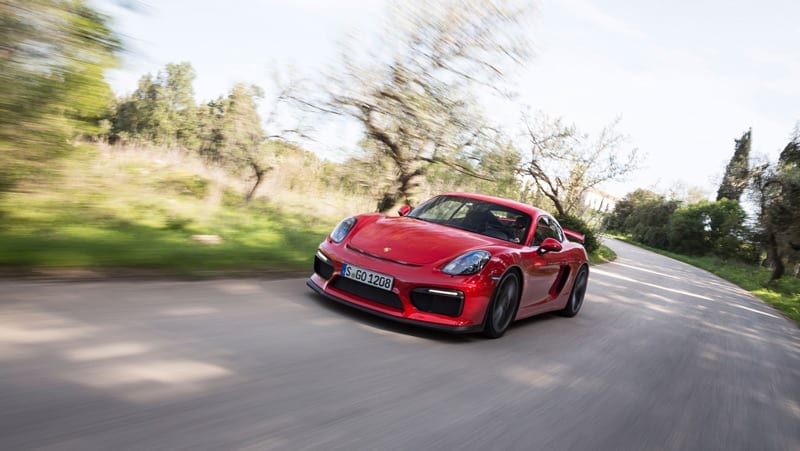 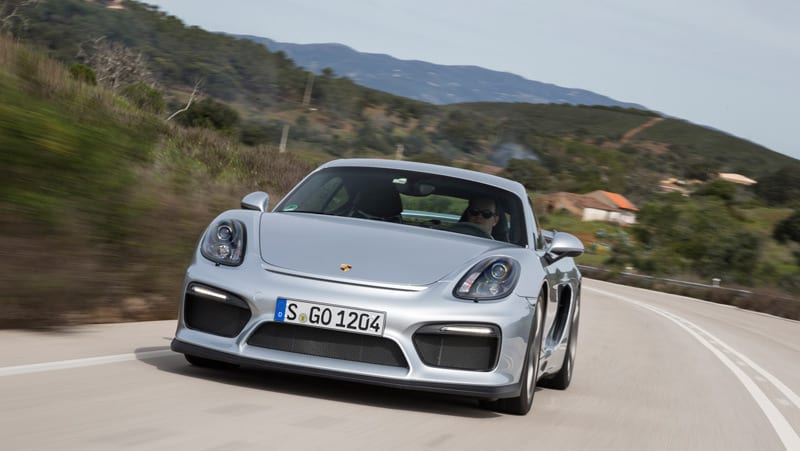