If you’re considering purchasing a Rolls-Royce Ghost, talk to us. We are high-end car finance experts, and can put together a bespoke, flexible arrangement to suit your financial circumstances, your car, and your future needs. Our personal service means that we can take into account many more factors than a high street lender – for instance the car’s true residual value, other assets you may own or your business situation – and come up with a fast decision and a plan to suit you. We often offer lower payments than other lenders, and we can offer finance to clients who may be turned away by the computer-driven checklists of other companies. So contact us about finance, either before you start hunting for the perfect Rolls-Royce, or after you’ve decided on your dream car. 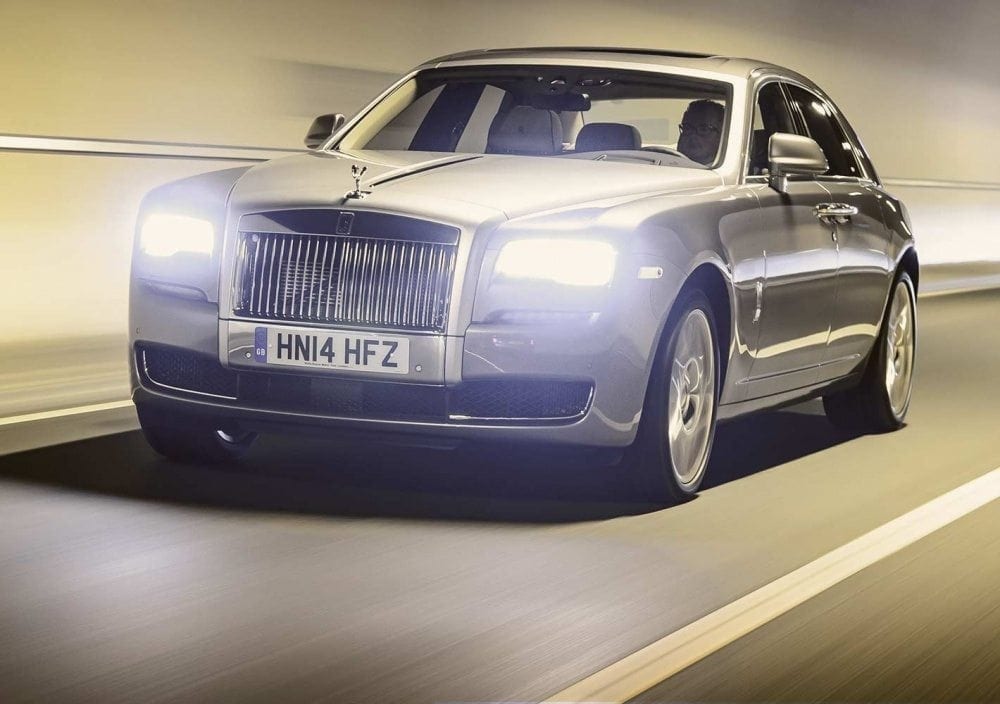 Acknowledging that not every Roll-Royce customer wishes to part with over £300,000 for a new Phantom, in 2010 a new, smaller, more affordable but still very sumptuous Rolls went on sale – the Ghost.

The Ghost is unmistakeably a true Rolls-Royce with majesty and presence, and at first glance it can easily be mistaken for a Phantom with its very similar profile, imposing grille and rear suicide doors – or as R-R prefers to call them, ‘coach’ doors. The difference is in the detail though. Look again and there are many, not least the front and rear treatments, and the Ghost’s size; with the standard wheelbase it’s about 1.5 feet shorter overall, as well as being proportionally narrower and lower.

Unlike the Phantom with its bespoke aluminium chassis, the Ghost sits on a BMW-sourced steel floorplan. Air suspension soaks up the bumps while forward motion is facilitated by a 6.6-litre V12, also BMW-sourced. You might expect that the Phantom’s 453bhp 6.75-litre V12 would be the more powerful, but with twin-turbos the Ghost’s engine makes 563bhp, or 604bhp in ‘Black Badge’ guise. With 780Nm (or 840Nm) it also has significantly greater torque meaning that the smaller and more affordable Ghost is also a much sportier proposition. Rolls-Royce owners are of course above pub bragging, but few Ghost drivers will be unaware that their car can surge from zero to 62mph in under five seconds, or 4.8 secs if it’s the Black Badge variant. Top speeds are limited to 155mph.

Although smaller on the outside, the Ghost provides almost as much interior space as the Phantom, and it’s really no less comfortable or luxurious. Power adjustable rear seats don’t come as standard in the Ghost, but there’s umbrella storage in the rear doors, 4-zone climate control, a 16-speaker audio system, 12.5Gb hard-drive storage, burr walnut and deep carpet, and that’s barely scratching the surface. The Black Badge adds ventilated massaging seats, starlight headlining, a coolbox and more. 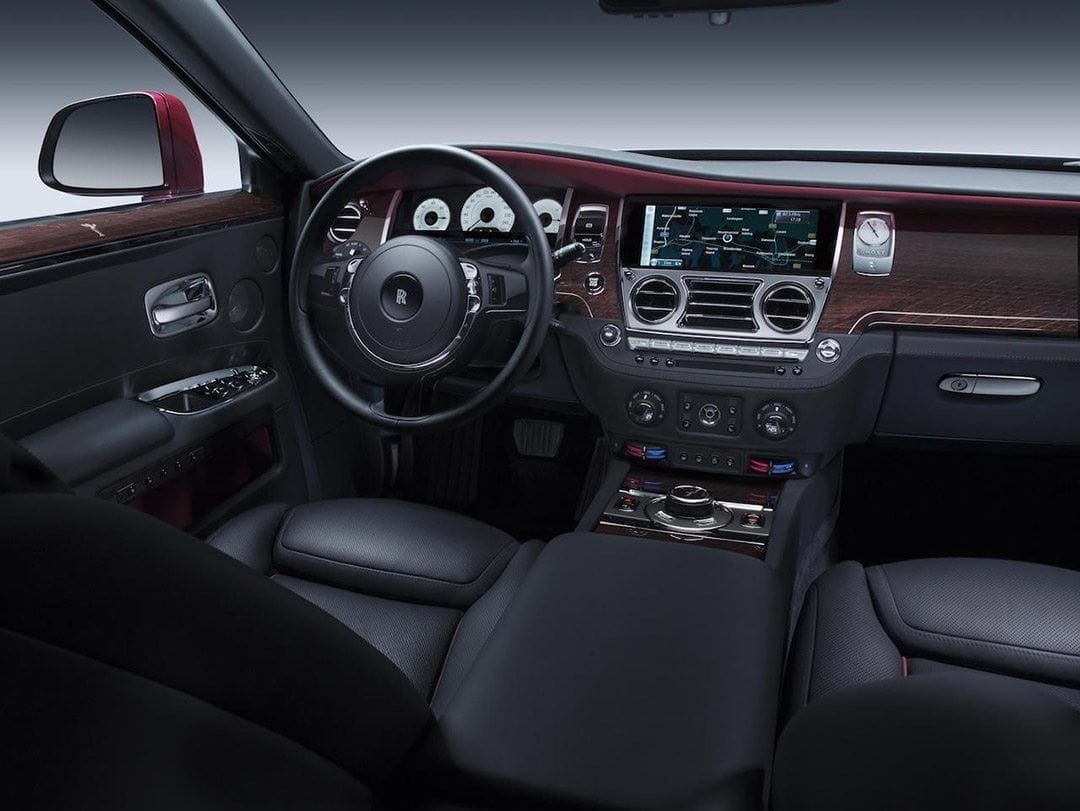