We are expert in high-end and luxury car finance, and can put together a bespoke, flexible arrangement to suit your financial circumstances, your Rolls-Royce Phantom, and your future needs.Our personal service means that we can take into account many more factors than a high street lender – for instance the car’s true residual value, other assets you may own or your business situation – and come up with a fast decision and a plan to suit you. We often offer lower payments than other lenders, and we can offer finance to clients who may be turned away by the computer-driven checklists of other companies. So contact us about finance, either before you start hunting for the perfect Rolls-Royce, or after you’ve decided on your dream car. 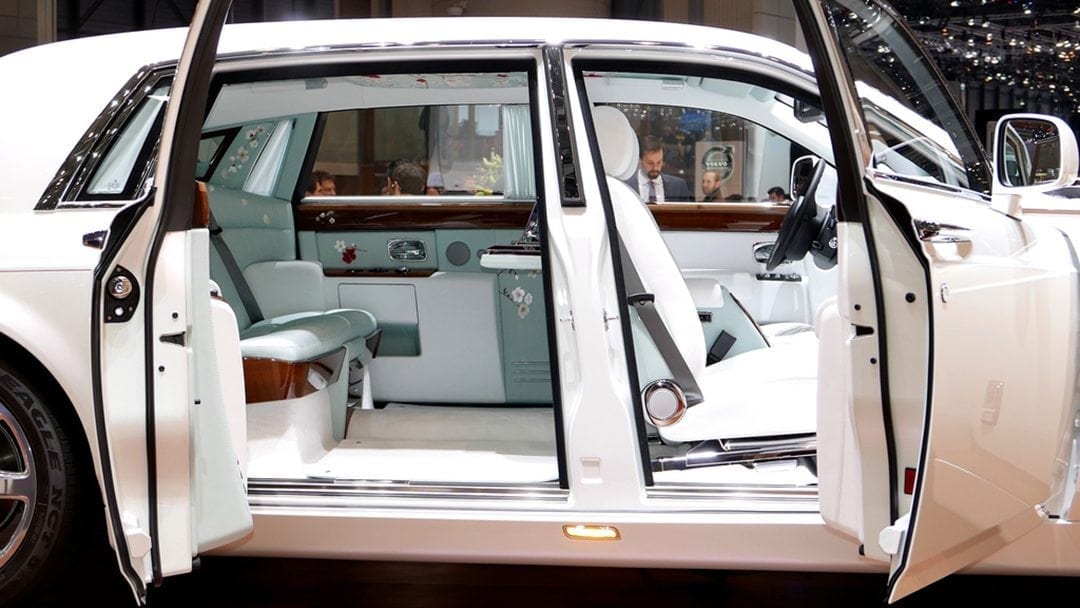 The Phantom VII was the first entirely new Rolls-Royce model produced following BMW’s acquisition of Rolls-Royce Motors in 1998. Launched in 2003, the new 4-door Phantom wasn’t the longest, the most powerful nor, at £250,965, even the most expensive super-luxury saloon of the time, but it exuded breeding, physical presence and status that no other car could match.

Underpinned by an all-aluminium space-frame chassis with an automatically-controlled air suspension system, the Phantom’s 6.75 litre V12 engine produces 453bhp with 720Nm (531lb/ft) of torque. Although a tachometer has long been considered unnecessary in a Rolls-Royce, the Phantom has a power reserve gauge which shows, for example, that at whispering 100mph the big V12 has 75% of its power still in reserve. If you must know, the 0-62 times range from 5.8 to 6.1 seconds with 149 or 155mph top speeds, although such trivia really shouldn’t be discussed in public.

Up to sixteen hides in any colour are used to trim each Phantom saloon’s interior, and all 450 individual leather pieces are cut using a laser guide which are then all hand-finished. There are also around sixty separate wood pieces, also available in a large variety of veneers, while R-R’s Bespoke program allows customers to choose from thousands of exterior paint colours.

The Phantom was updated in 2012 (Series II) and in addition to the many subtle exterior and interior changes, (eg. new LED lights, new wheels, extended use of chrome and a simplified dashboard with an enlarged LCD screen along with improved infotainment and connectivity), an 8-speed auto replaced the earlier 6-speed transmission.

Available as a 4-door saloon with either a standard or a 250mm extended wheelbase, for those wanting something a little less formal the Phantom VII also comes in 2-door coupé and drophead guises. The saloons retail from £318,120 to £373,824 for the EWB version, the two-door Coupé for £347,256 and the Drophead Coupé for £367,632. Current asking prices for previously owned Phantom saloons range from around £75k to £370k, with the two-door versions from c.£130k to £380k.

The all-new Phantom VIII saloon was unveiled in July 2017. Prices start at £360k, or £432k for the EWB version, although some owners will be speccing their cars to £1 million or more. 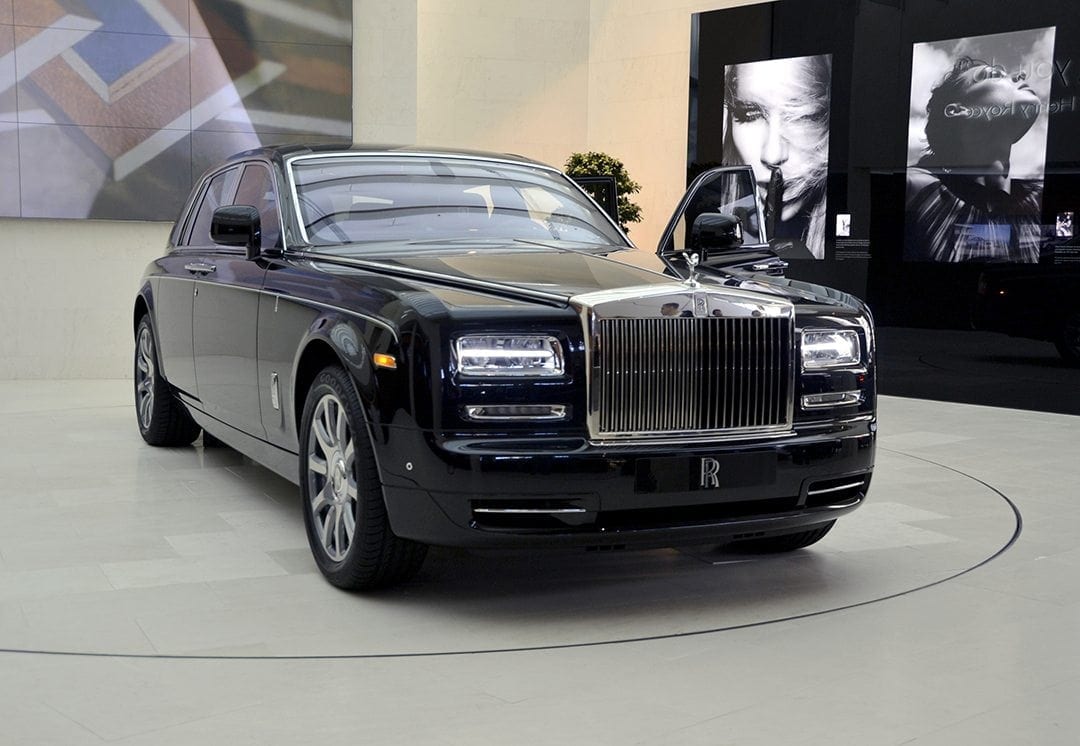