Would you like to own this outstanding sporty Rolls-Royce? We are high-end car finance experts, and can put together a bespoke, flexible arrangement to suit your financial circumstances, your car, and your future needs.Our personal service means that we can take into account many more factors than a high street lender – for instance the car’s true residual value, other assets you may own or your business situation – and come up with a fast decision and a plan to suit you. We often offer lower payments than other lenders, and we can offer finance to clients who may be turned away by the computer-driven checklists of other companies. So contact us about finance, either before you start hunting for the perfect Rolls-Royce, or after you’ve decided on your dream car. 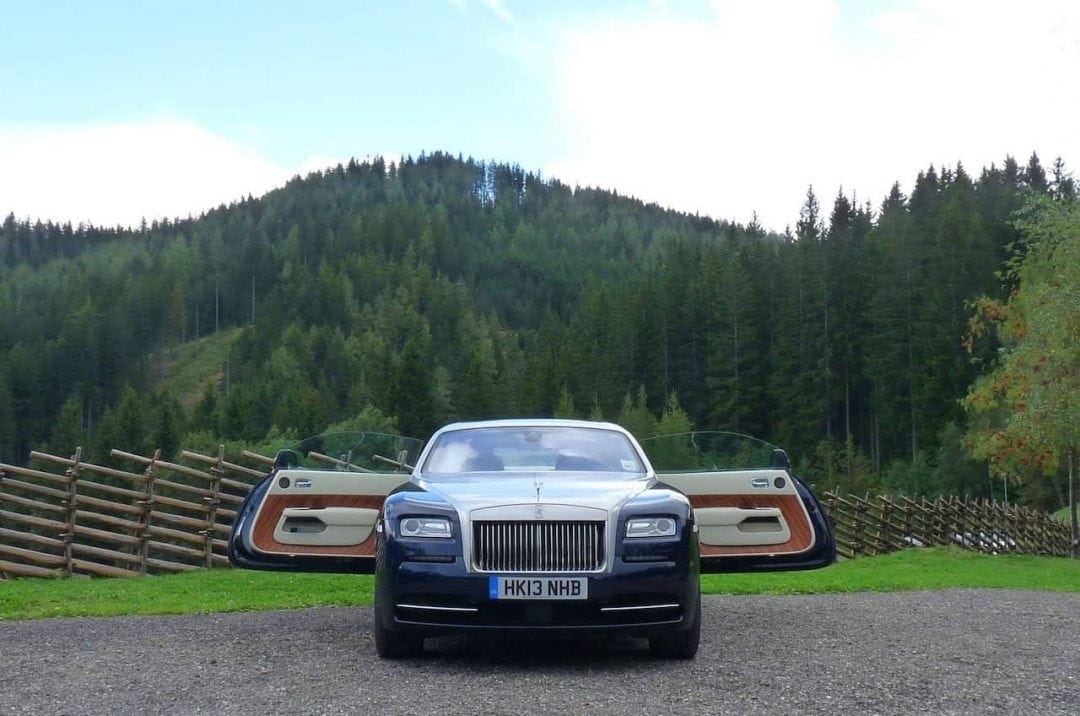 Rolls-Royce was founded in 1906, and for most of the ensuing 111 years its cars have been formal and sedate. Yes, there have been production coupes and dropheads, as well as some exotic coachbuilt models, but ‘sporting’ has not really been applicable to any Rolls-Royce since the 1930s.

The Wraith, introduced in 2013, changed all that. For the first time in eight decades here was a genuinely sporty Rolls. No, not sporty by Ferrari or Porsche standards, but the Wraith is a genuine GT nonetheless, both in terms of its styling, and in how it drives.

In the broadest terms, the Wraith is a 2-door, fastback coupé derivation of Rolls-Royce’s Ghost saloon. It’s styling perhaps isn’t an immediate hit for everyone, but its purposeful stance and graceful proportions do tend to grow on you.

The Ghost and Wraith share the same steel chassis, although the Wraith has a shorter wheelbase with a wider rear track. They also share the same BMW-engineered 6.6-litre twin-turbo V12, although the Ghost’s very substantial 563-604bhp is upped to 623bhp when residing under a Wraith’s bonnet. Torque is up too; 800Nm (870Nm in the Black Badge variant), or 20-30Nm more than the equivalent Ghosts. Performance figures are a something of sordid topic, but 62mph comes up in 4.6 seconds (4.5 secs Black Badge). Top speeds are limited to 155mph, which for this car is no more than an easy jog.

Cabin space is generous both front and rear. The Wraith is a full 4-seater rather than a 2+2, and it lacks little or nothing by way of up-to-the minute in-car technology. This includes comprehensive infotainment operated either by a cut-glass rotary controller or voice activation, and a high-def multimedia screen secreted behind a sliding wood panel. Ghost owners will be familiar with the Wraith’s dash, controls and instrumentation, and with the impeccable materials and breathtaking sumptuousness of its interior. 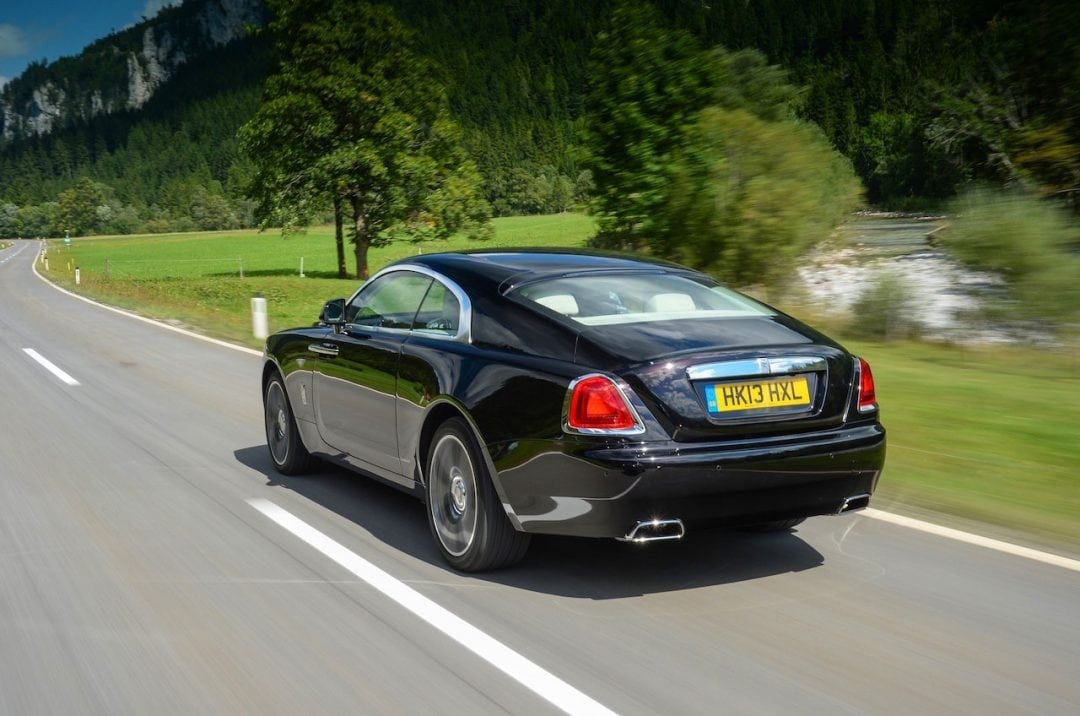 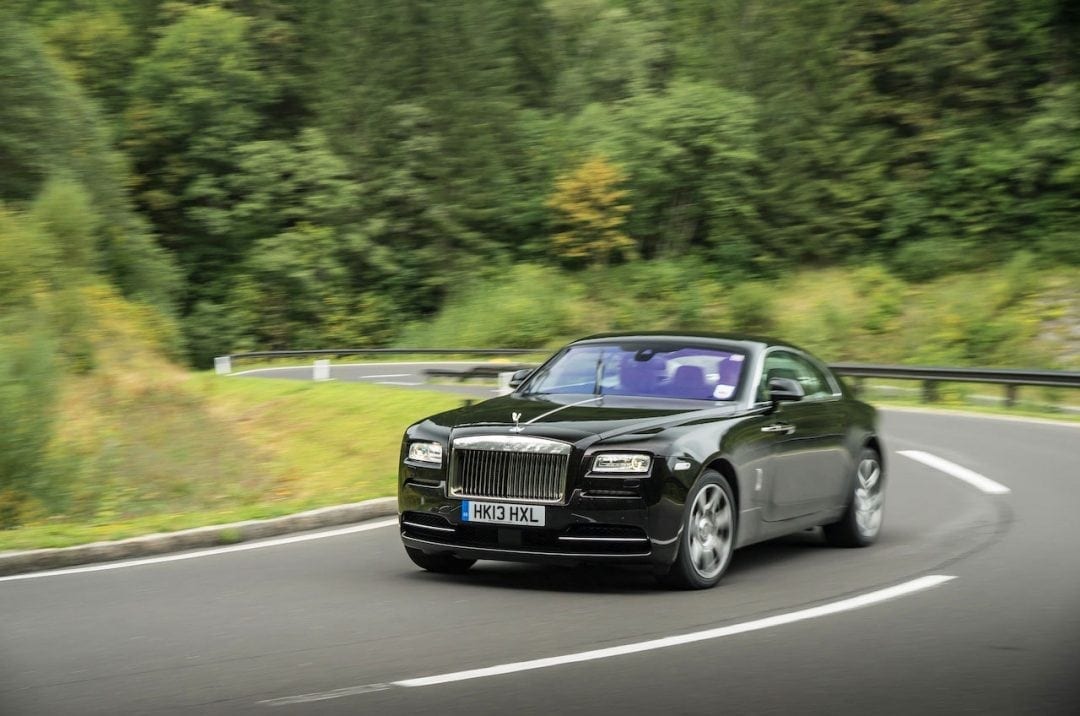