The Lancia Aurelia is one of the most famous cars of this Italian marque. From the original sporting streamlined coupe, a Spider version was born in the mid-‘50s, later replaced by the Aurelia Convertible. Both cars are among the most beloved classics, however there is a large price difference between the two cars. That raises questions – most importantly: Why is the price difference so large? 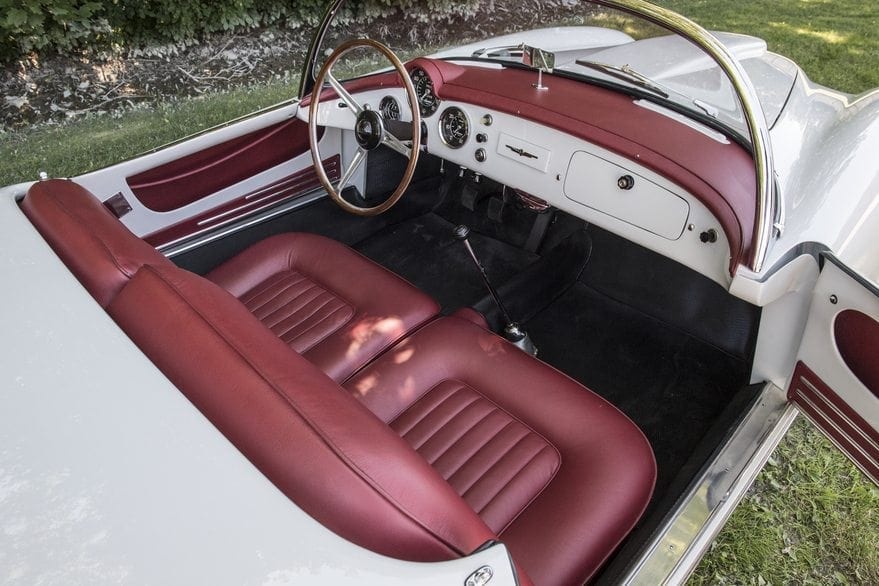 To start with, let’s take a brief look back at the history of the cars. The Lancia Aurelia is named after the former Roman road from Pisa to Rome. In May 1950 the first model, a four-door sedan, was presented at the Turin Motor Show. The development of the model was led by Vittorio Jano, the former designer for Alfa Romeo in the 1920s and ‘30s. The engine, an aluminum V6 with 1.754 cc, was developed by Francesco de Virgilio. A year later Lancia launched the Aurelia B20 GT. This Coupe was designed by Mario Felice Boano for Ghia and was later built by Pinin Farina. Over the years many technical adjustments took place, including boosting the engine size and performance. The fourth series had an engine size of 2.451 cc and 118 horse power. The fourth series cars were also the first Aurelias to be available in left-hand drive. These were market by an “S”, for “Sinestra.” 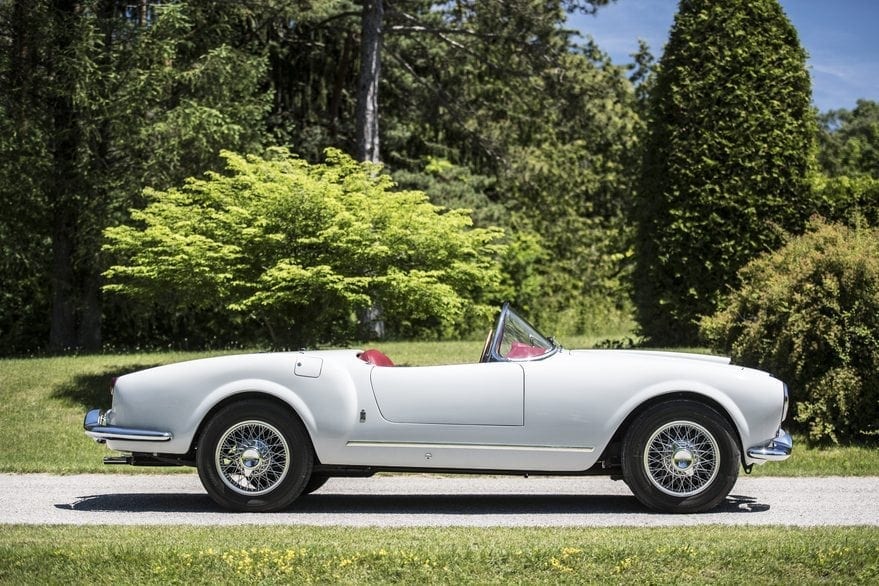 With the appearance of the fourth series of the Aurelia, the Spider was developed and presented at the Brussels Motor Show in January 1954. The sports car was designed by Francesco Martinengo for Pinin Farina. The Lancia Aurelia B24 Spider looked very sporty, with voluptuous sculpted lines. Characteristic features were the split bumpers at the front and back. Removable side screens could be placed aside, the doors were relatively small (with no external handles) and the interior was simple.

The idea of the panoramic windscreen was derived from American cars (such a windscreen was used for instance on the 1953 Chevrolet Corvette), and the design of the bodywork is partly based on earlier designs by Pinin Farina, such as the Ferrari 212 Inter Coupe and Cabriolet. The sports car was, clearly, aimed at the US market. 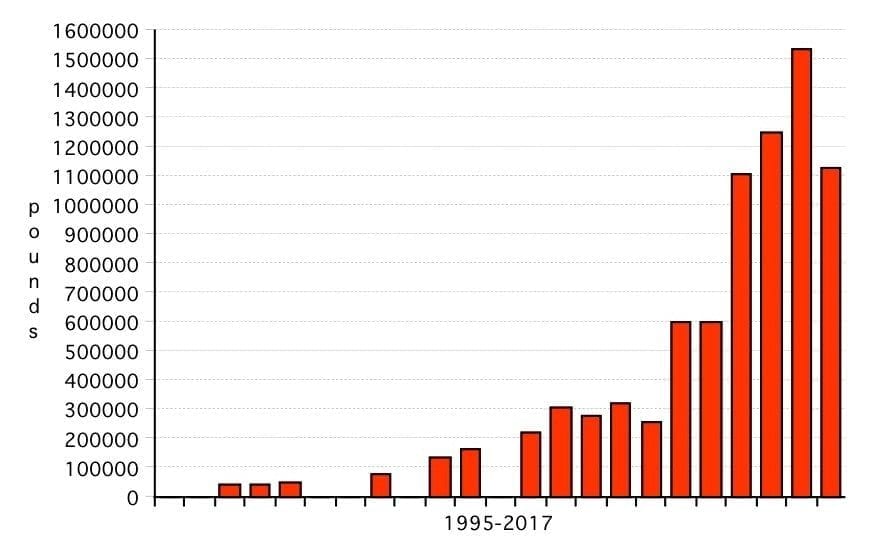 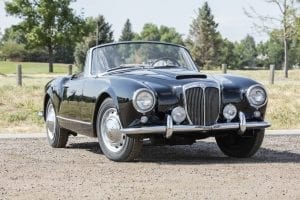 In total, 521 Convertibles were made, all of which were left-hand drive. The Lancia Aurelia B24 Spider is Mille Miglia eligible. This also applies to the Convertible, as long as it was built before December 31 1957, so both models offer the opportunity to participate in the famous rally, in which one can enjoy the Italian landscape in an open sports car. 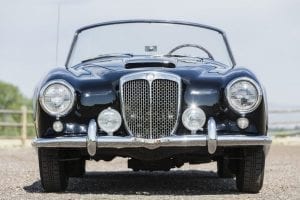 In the past 20 years there has been more interest for the Aurelia Spider than for the Convertible. In magazines articles about the cars, the most attention is usually given to the Spider, with an occasional small note about the Convertible. The difference in interest for these models (both of which are regularly offered at auction) has resulted in higher prices for the Spider. In August 2002, RM auctioned an Aurelia B24S Convertible for approximately £50,000. In the same year Bonhams had auctioned a Lancia Spider in May for more than £80,000. Until then a Spider was 40 to 50 per cent more expensive than a Convertible. But since that time, the difference in price increased. Every year for the last four years, over a million pounds was paid for a Spider at auction. In August 2016, Gooding even sold a Spider for as much as one-and-a-half million pounds – the highest amount paid so far for a Spider at auction. More recently, in March 2017 RM Sotheby’s auctioned a Spider for £1.1 million. 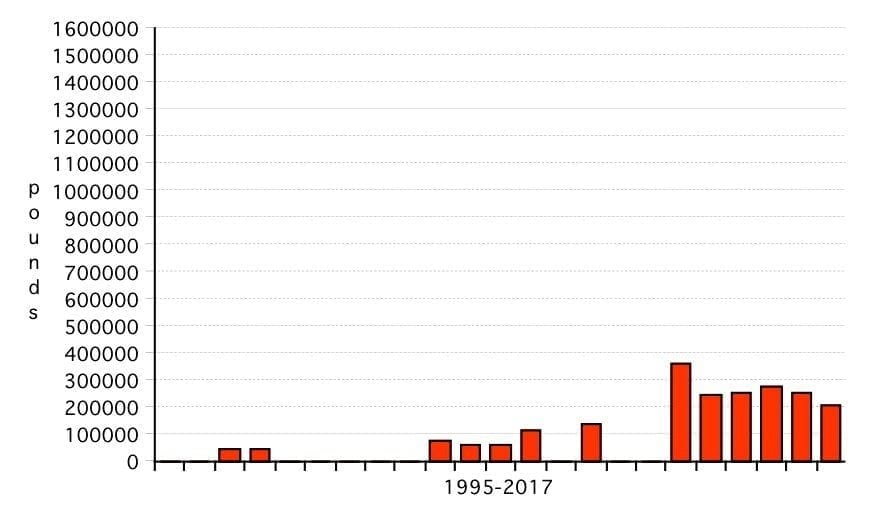 The prices of the Convertibles are in sharp contrast to this. In the last four years enthusiasts paid at most £255,000 for a Convertible. The highest amount ever paid at auction for a Convertible was £360,000. This car was auctioned by Gooding in August 2012. Instead of 40 to 50 percent, the Spider is now about 400 to 500 percent more expensive than a Convertible! The price developments are displayed in the bar graphs on this page. There are numerous reasons to account for the price differential between the Spider and Convertible. The Spider is a bit lighter and sportier. But on the other hand, the Convertible is more comfortable and has more elegant looks. The Spider was made in lower numbers, 240 versus 521 Convertibles. But let’s compare this to the Jaguar XK140 Roadster versus the more comfortable XK140 DHC. Between these two models there is not a very big difference in value. Also, the price difference between a Jaguar E-Type S1 Roadster and a Flat Floor Roadster, of which fewer copies were made, is less substantial.

If you’d like a Lancia Aurelia B24 Spider of your own, Hexagon Classics currently have a rare right-hand drive model for sales, which can be viewed here. 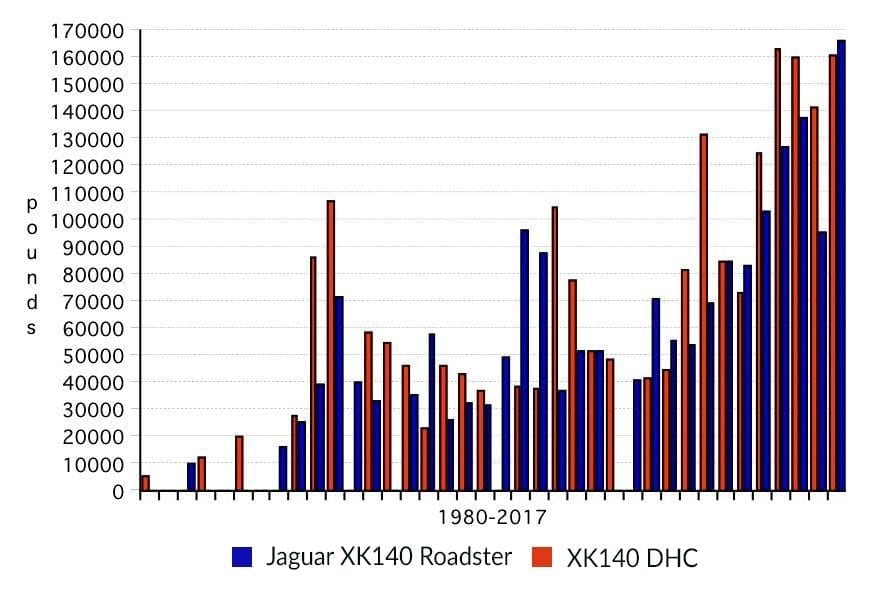