If you’re considering purchasing this spacious Tesla, talk to us. We are high-end car finance experts, and can put together a bespoke, flexible arrangement to suit your financial circumstances, your car, and your future needs. Our personal service means that we can take into account many more factors than a high street lender – for instance the car’s true residual value, other assets you may own or your business situation – and come up with a fast decision and a plan to suit you. We often offer lower payments than other lenders, and we can offer finance to clients who may be turned away by the computer-driven checklists of other companies. So contact us about finance, either before you start hunting for the perfect Tesla, or after you’ve decided on your dream car. 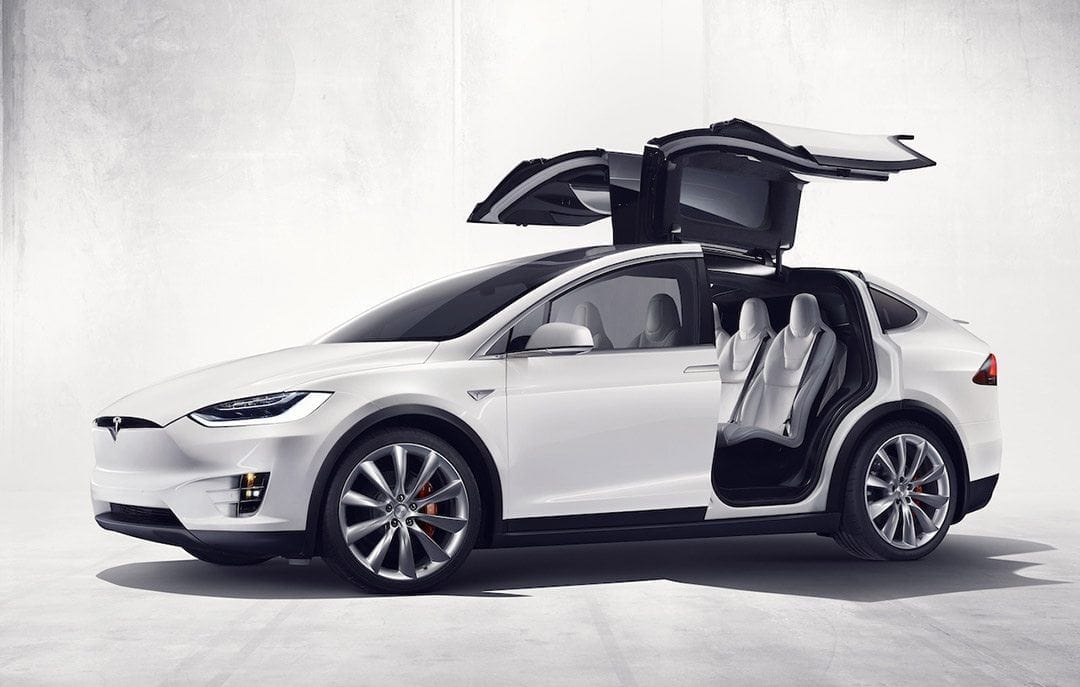 Developed around the aluminium chassis of the Model S saloon and sharing about 30% of its parts, a prototype Model X was revealed in 2012 with first customer deliveries commencing in late 2015.

Curiously, Tesla refers to its Model X as an Sport Utility Vehicle (SUV), and although it has all-wheel drive provided by front and rear electric motors, it doesn’t have the raised ground clearance or the off-road capability of more typical SUVs like a Discovery or BMW X5.

With seven adult-sized seats in three rows, front and rear boot space, further storage under the second-row seats, capacious side pockets and automatically-opening, double-hinged ‘Falcon Wing’ rear doors for easy access to all the rear seats in tight spaces, the Model X is more accurately described as Multi-Purpose Vehicle (MPV), at least on this side of the pond.

Semantics aside, other Model X features include: a windscreen that extends over the front seats, a variety of sophisticated active safety technologies, cabin air filtration with a Bioweapon Defense Mode that creates positive interior air pressure, satnav with real-time traffic info, up to 2,180 litres of interior loadspace and a 2,268kg towing capability.