Bespoke finance for your dream D-Type

Do you want to own this revolutionary classic? Here at JBR Capital we are experts at classic car finance, find out how we could help you own your own D-Type with our bespoke, flexible arrangement to suit your financial circumstances, your car, and your future needs.Our personal service means that we can take into account many more factors than a high street lender – for instance the car’s true residual value, other assets you may own or your business situation – and come up with a fast decision and a plan to suit you. We often offer lower payments than other lenders, and we can offer finance to clients who may be turned away by the computer-driven checklists of other companies. So contact us about finance, either before you start hunting for the perfect Jaguar, or after you’ve decided on your dream car. 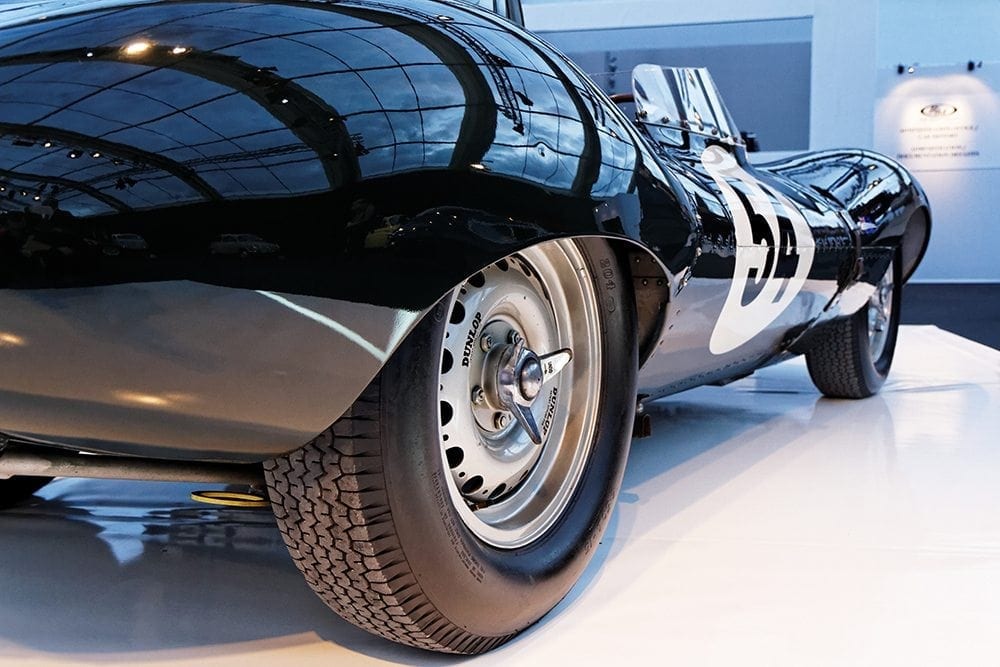 With Jaguar’s steel space-framed C-Type racer having won Le Mans in 1951 and 1953, the Coventry firm was eager for further success in the prestigeous 24hr event. Consequently, Jaguar turned up at Le Mans in 1954 with its startling new D-Type.

With a dry-sump, triple-carb version of the 3.4-litre dohc straight six engine that had powered the C-Type (and XK120), the D-Type utilised many of its predecessor’s mechanicals including the steering, suspension and still novel Dunlop disc brakes.

However, the D-Type was revolutionary in that it employed an aluminium monocoque tub with aluminium tube front and rear subframes, along with equally innovative low-drag aerodynamic bodywork.

Weighing a scant 860kg, the 250bhp D-Type was good for 0-60 in 5 secs and 160mph, but despite this the three D-Types entered at Le Mans in ’54 were all hampered by various issues and only one completed the race. It finished 2nd, just one lap behind a 5-litre V12 works Ferrari.

Le Mans in ’55 was overshadowed by the catastrophic accident which saw the favourite Mercedes team retire from the race, but works D-Types – now with 280bhp and ‘long nose’ bodywork – finished first and third. The works supported Ecurie Ecosse team’s 3.4-litre D-Type took victory the following year, a feat the team repeated with a 3.8-litre version in ’57 with other D-Types following it home in 2nd, 3rd, 4th and 6th.

In ’58 a Le Mans rule change saw maximum capacity reduced to 3-litres, and although Jaguar complied with a smaller engine, the D-Type’s wings had been clipped and it didn’t find the speed and reliability required to win the 24hr classic again.

It’s thought that some 87 D-Types were built (67 customer cars plus 20 factory racers) along with 16 XKSS – the XKSS being the better equipped two-seater road version created in ’57 so that unsold monocoques didn’t go to waste after D-Type development ceased at the end of ’56. 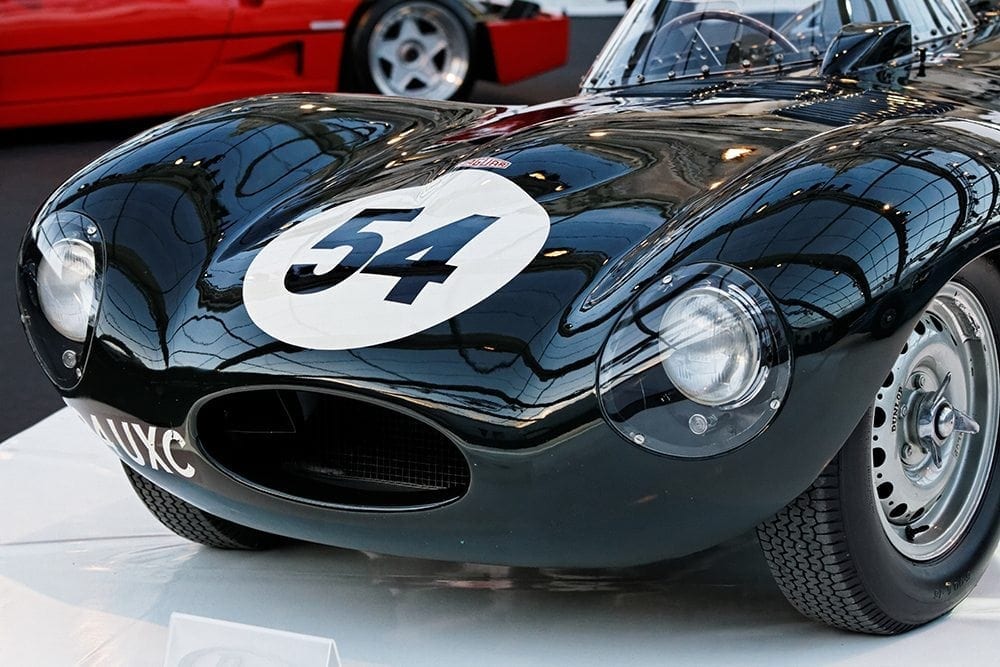