It’s raining hard and the surface of Shelsley Walsh looks greasy and decidedly uninviting. It’s the sort of morning where you could damage your ego and worse still, write-off your supercar.  On this SCD (Supercar Driver) track day, no one wants to go first up the hill, and who could blame them?

Then a blue Porsche 911 GT3 RS rolls up to the start line and when the lights turn green, the driver gun’s Stuttgart’s finest forward, up the hill and away. 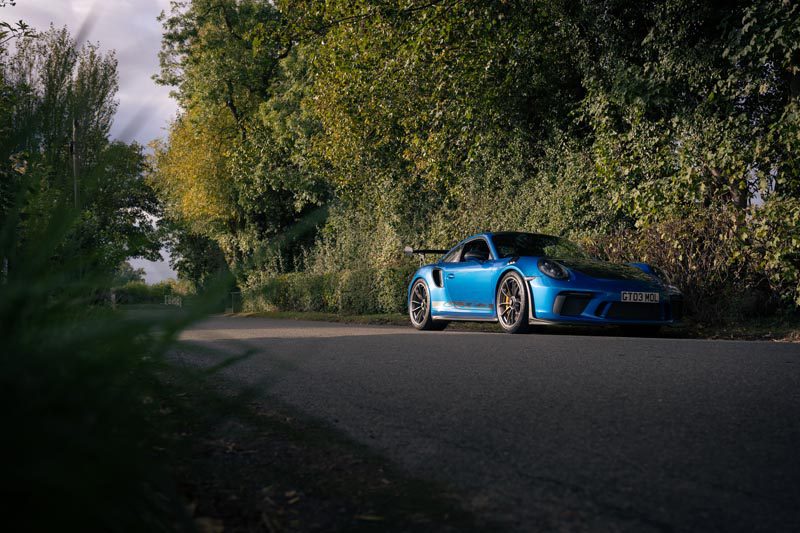 A few minutes later the Porsche returns to the paddock, bodywork covered in grime. The driver’s window glides down and that’s the first time we meet Molly, half of the Rob and Molly automotive double-act.

You have to be quick to keep up with these guys, whether it’s on the track, on the road or just when they are talking about their passion for all things Porsche, which is most of the time. Perhaps it is because they were both widowed that they seem to have a better understanding than most that life is not the practice session, it’s the race. And when you spend some time in Rob and Molly Taylor’s company, you realise they are very happy to grab the steering wheel and apply a bit of opposite lock when life throws them a curve ball.

The pair met through working in the motor trade and while they are true blue Porsche fans now, it wasn’t always that way as Rob recounts:

“When the opportunity came along to buy my first ‘proper’ car, my father told me to get a Jaguar, as that was the marque he had always driven. I didn’t quite follow out his orders though and ended up with an Aston Martin.”

The couple worked their way through three new Aston Martins, and while they had some fun times, the last one was “a bit of a nightmare,” which is why Rob found himself wandering around the Porsche Centre in Tewkesbury shortly after the Porsche 991 GT3 had been unveiled. “The cars were supposedly all sold out,” recalls Rob, “but I asked the sales manager anyway, and he said that as they were a new dealership, there might be a chance. The next day he called me and said, ‘Rob, I’ve got a build slot for a new GT3 . But I need £10,000 now. What do you want to do?’ Well, we went for it, and that’s how we kicked off our relationship with Porsche.” 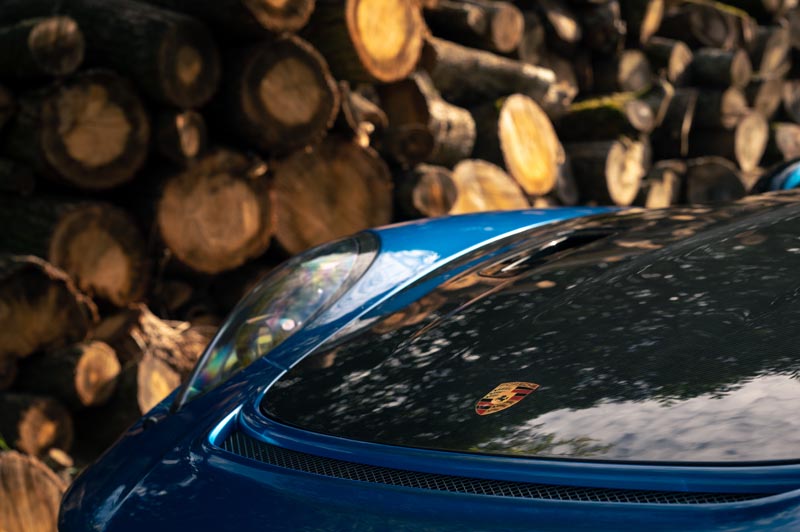 The start of a beautiful journey

Cutting a long story short and accelerating through the years, the pair have given garage space to no less than six Porsche GT models; including a generation one GT3, a GT3 RS, a GT4, a generation two GT3, a generation two GT3RS and now a generation two GT3 RS with a Weissach Package, which, with features such as a carbon fibre roof, reduces the car’s weight by 29kg. If you’re thinking Rob and Molly play it safe and only put a few hundred miles on each model before upgrading, you couldn’t be more wrong. “We do around 9000 miles a year, which is way too much of course,” admits Molly. “But we are not into garage queens. Our cars are for driving.” Rob and Molly have taken their Porsches on lots of adventures. Some memories burn even brighter than others, such as the time they were running in their second-generation GT3 in Scotland. “We wanted to get to 1,000 miles before we really let rip,” recalls Molly, “I was driving that morning and Rob was in the passenger seat nursing a major hangover.”

“When the moment came to pass the magic 1,000-mile mark, I finally got to floor the throttle.  Hearing that engine hit 9,000 rpm for the first time I think I just joined in and screamed with it!”

As they enjoy the company of like-minded enthusiasts, Rob and Molly are members of Supercar Driver. “We have been on some great trips with them. They organise some brilliant events and drives and it’s a great opportunity to meet old friends and make new ones,” says Molly. Track days, at venues such as Shelsley Walsh, near to their home in Herefordshire, and further afield at Anglesey and Donnington hold great appeal too. “I love track days,” continues Molly, “I like to learn, and I always want to improve my driving.” 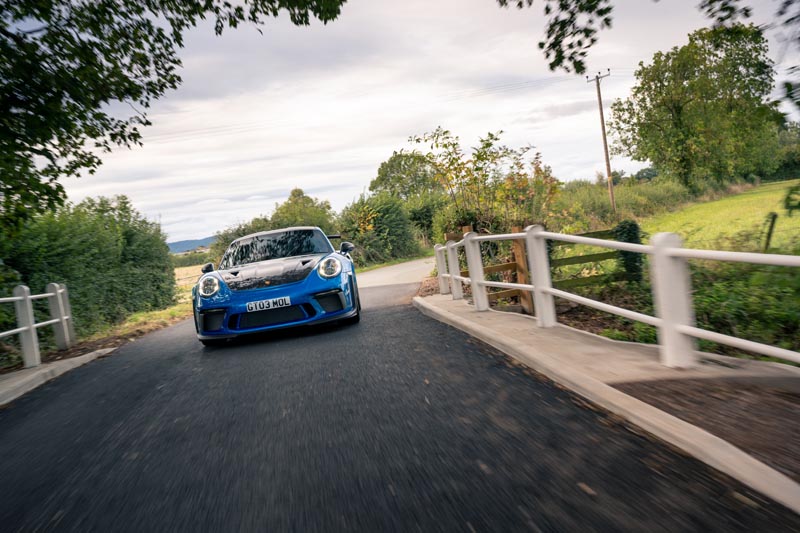 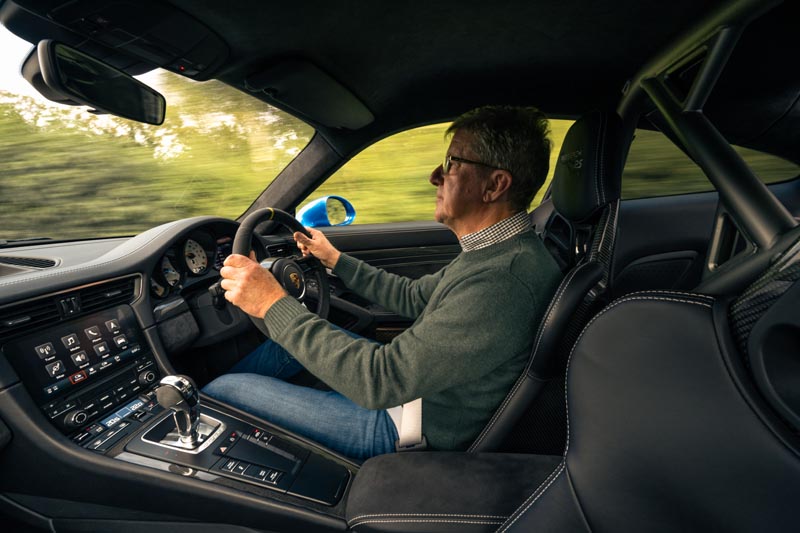 Rob enjoys the track days too, but it would seem that he isn’t quite as good as Molly when it comes to embracing tuition: “Ah well, the trouble is that’s the difference between males and females,” he sighs. “Women listen to instructions, but men have too much testosterone to do that.”

All this, then, begs the question. Who is the better driver, Molly or Rob? “Molly,” says Rob, “at least when it comes to parking. When we pull up somewhere, I always jump out and let her take over.” This admission generates a laugh from Molly. “That’s true, Rob does do that, but if we are going to be trying to keep up with someone fast on the road, then I let him take over.” 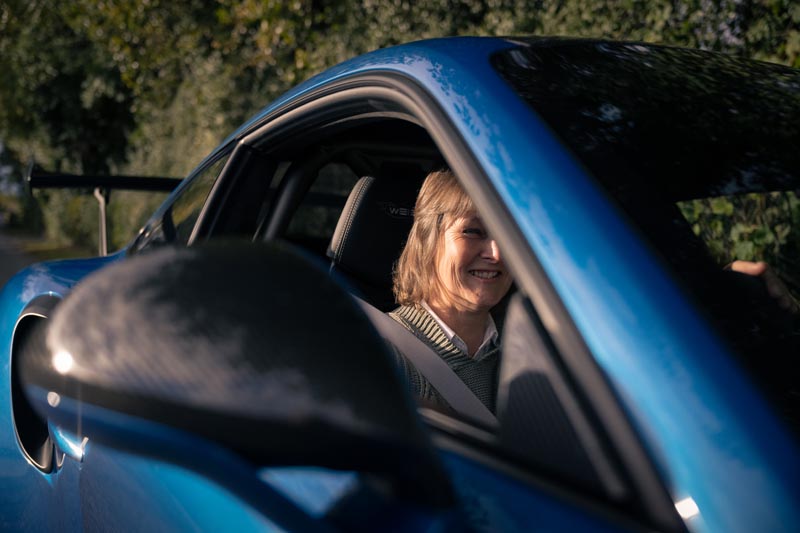 Whichever one of them is at the wheel, it takes something special to outrun their current GT3 RS, which is, perhaps surprisingly, finished in Ferrari Blu Corsa paint. “We’ve had Lava Orange, Lizard Green, Miami Blue and Guards Red before, we always like bright colours for our cars,” explains Molly.

“We loved the original Porsche GT Silver paint the car came with, but we fancied something a bit more striking so we spoke to Ian Lichfield at Lichfield Motors and we went for their liquid wrap process.”

“This involved eight coats of spray-on paint protection film followed by grey primer, then the Ferrari Blu Corsa paint plus Ceramic Pro, which means the paintwork is sealed and doesn’t require polishing. In the unlikely event that we should ever wish to restore the car back to silver, the blue paint is removeable to reveal the totally unblemished silver paintwork underneath, complete with its original decals. We are delighted by the results and would recommend it to anyone fancying a change” 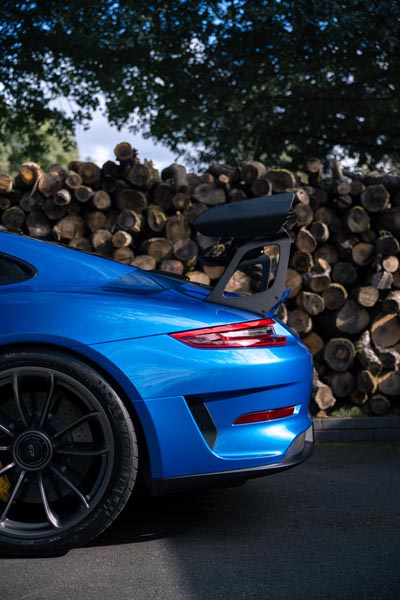 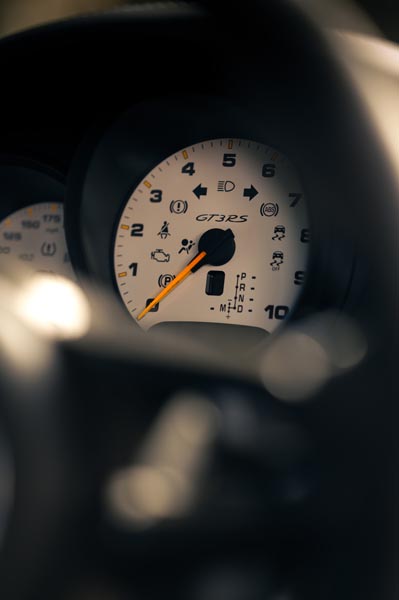 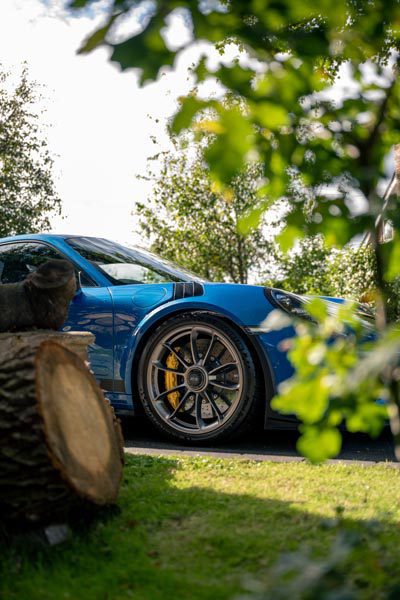 While Rob and Molly may have strayed from the official Porsche palette, that’s as far as it goes. Other manufacturers have tried to woo them, with Audi lending an R8, Lamborghini trying to tempt them into a Performanteand Ferrari providing seat time in a Roma and an F8 Tributo, but all to no avail.

“They were all very nice cars and very fast of course, but they just left us a bit cold,” explains Rob.

“Our Porsche GT3 RS feels like it is up on its toes all of the time. It always wants to go. When I put the keys in the lock of the garage door, I still get the shakes with excitement at the thought of driving the car. Driving a Porsche is like an addiction, and it never, ever wears off.”

So, with their current 911 GT3 RS, have Rob and Molly reached their personal pinnacle of Porsche ownership?

“As you can tell, we really love this car and we don’t have any reason to change it,” says Molly firmly.

“Having said that …” interjects Rob.

The pair look at each other and eventually Molly caves in and admits: “OK, so it’s fair to say we often debate the alternatives.” 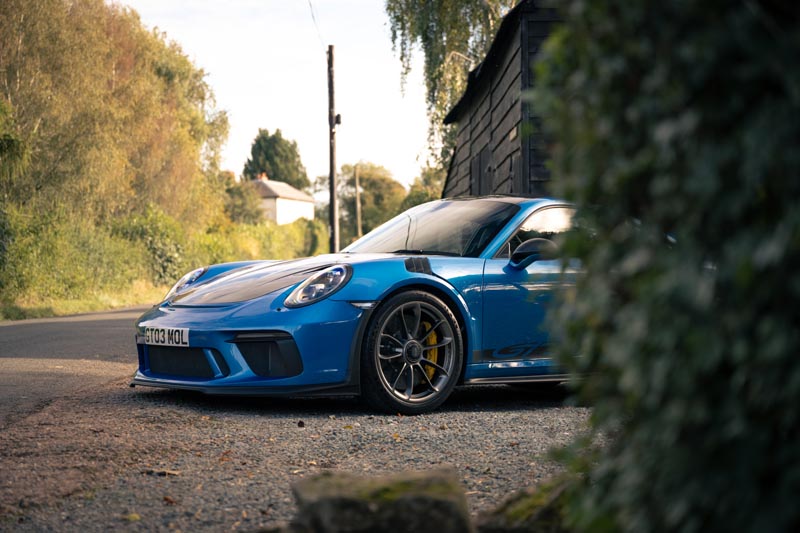 Apparently, there’s not a day that passes that Rob doesn’t check GTstock in the Porsche dealer network. But when he gets restless and talks about chopping their current car in, Molly reminds him how lucky they are to own it. “It’s true,” says Rob, “Over the last ten years we’ve had three Aston Martins and six Porsche GT models.  This car is easily the best we’ve had and the one we’ve kept longest. It won’t be with us forever though though.”

“We’re fortunate to have a Toyota GR Yaris as my daily driver,” reveals Molly. “With the GT3 RS, it makes for the perfect combination, doesn’t it Rob?”

From Rob though, there comes no reply. He’s off to check on CollectingCars.com to see what else might be for sale. Because, never say never. 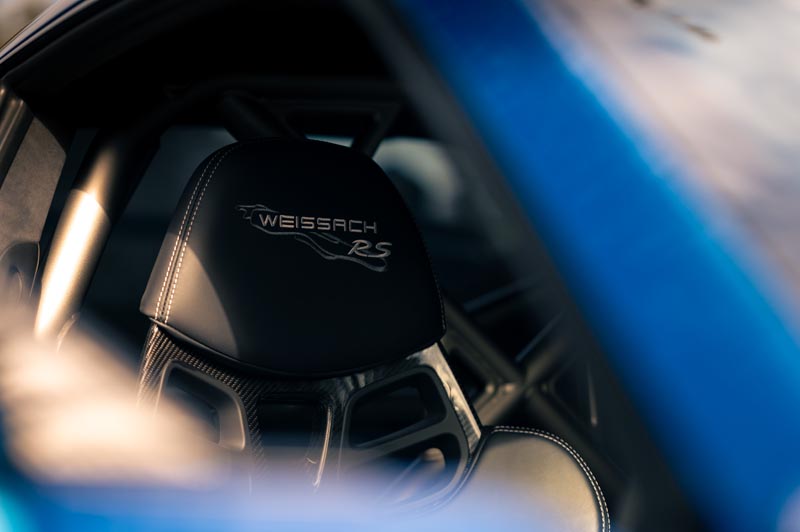 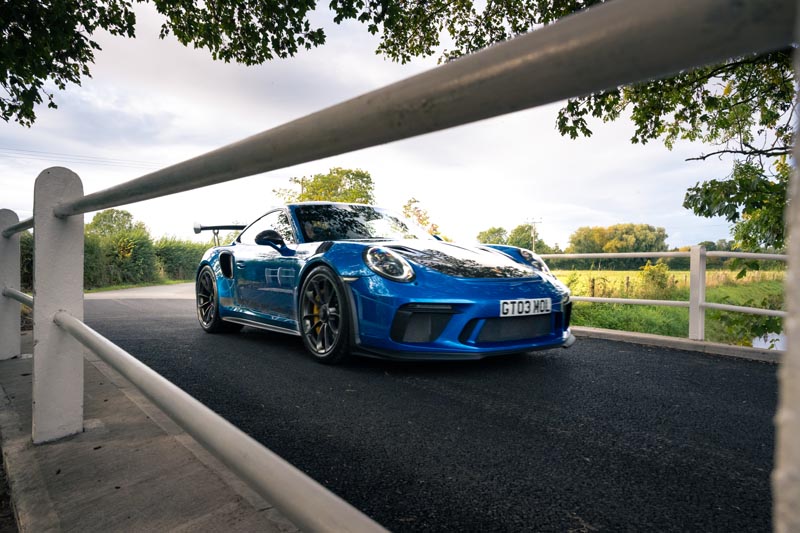