Have you got your eye on one a Ford GT? We are high-end car finance experts, and can put together a bespoke, flexible arrangement to suit your financial circumstances, your car, and your future needs. Our personal service means that we can take into account many more factors than a high street lender – for instance the car’s true residual value, other assets you may own or your business situation – and come up with a fast decision and a plan to suit you. We often offer lower payments than other lenders, and we can offer finance to clients who may be turned away by the computer-driven checklists of other companies. So contact us about finance, either before you start hunting for the perfect Ford, or after you’ve decided on your dream car.

Ford revealed its third-generation GT at the 2015 Detroit motorshow, and the car made its European début a couple of months later at Geneva. Following Ford’s GTE Pro class victory at Le Mans in 2016, the first production GTs rolled off the line late that year, with the first UK customer deliveries in late 2017.

Mounted amidships is an all-alloy 3.5-litre V6 with twin turbos, double overhead cams, 24 valves and variable cam timing, all of which combine to produce 637bhp with 550lb/ft of torque. Weighing 1,385kg, the GT is the fastest ever production Ford with a 2.8-second 0-62 time and a 216mph top speed.

The GT’s carbonfibre monocoque chassis features an integrated steel roll cage and active suspension, while the rear wing not only moves up and down, but also has a moving lower edge for either max downforce or minimum drag.

Inside, (and in common with the 1960s GT40), the seats are fixed and the driving position is adjusted by moving the pedals and wheel fore and aft. Over 50 sensors monitor pretty much everything from air humidity to driver inputs, but marginally less hi-tech is the pair of retractable aluminium cup holders concealed within the GT’s centre console.

Needless to say, all this comes at a price – £420,000 without options – a hefty sum for the Blue Oval brand whose bread and butter is Fiestas, Focuses and F-150 pick-ups – although every one of the 1,000 GTs Ford plans to build over the next four years is already spoken for. At thye time of writing few used GTs have come to market, not least because owners have to sign a contract with Ford agreeing that they won’t sell the car for at least two years. 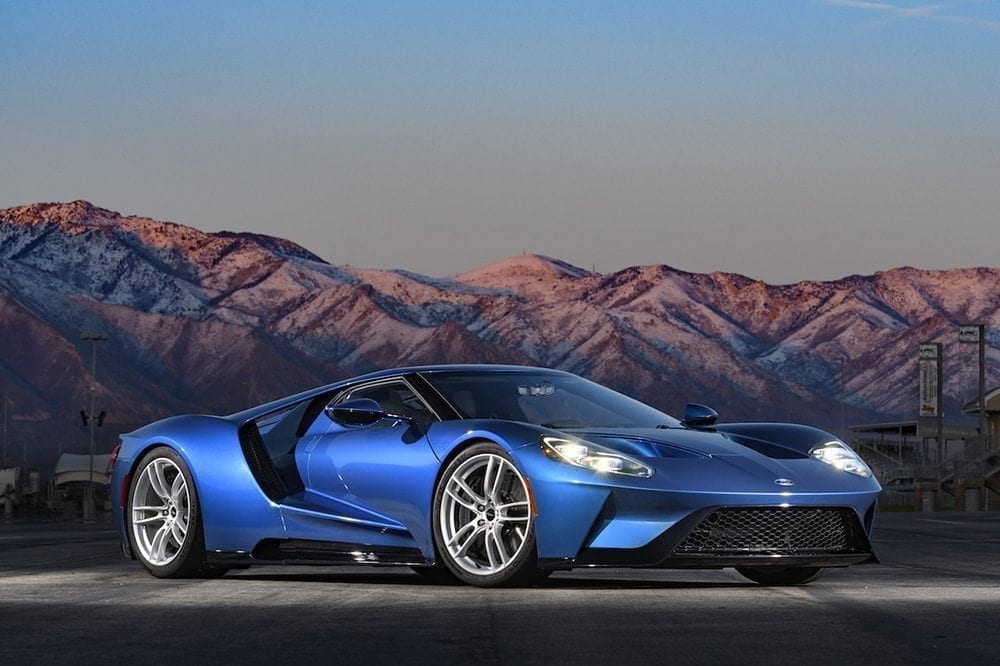 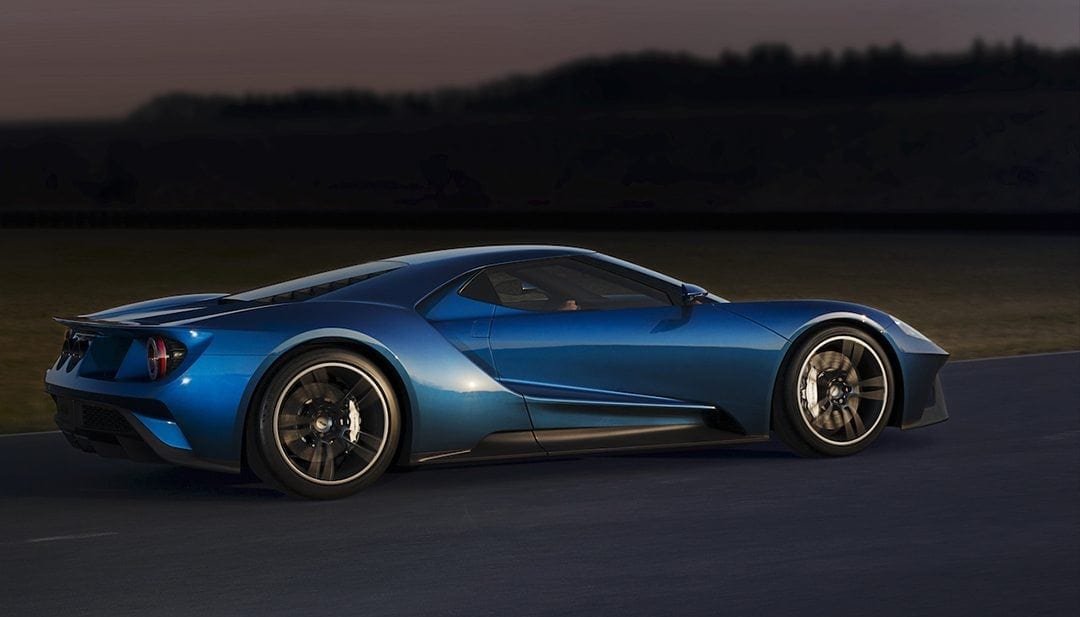